The hate group goes after the new Ryan Murphy show without even having seen it. Time to cut them down to size 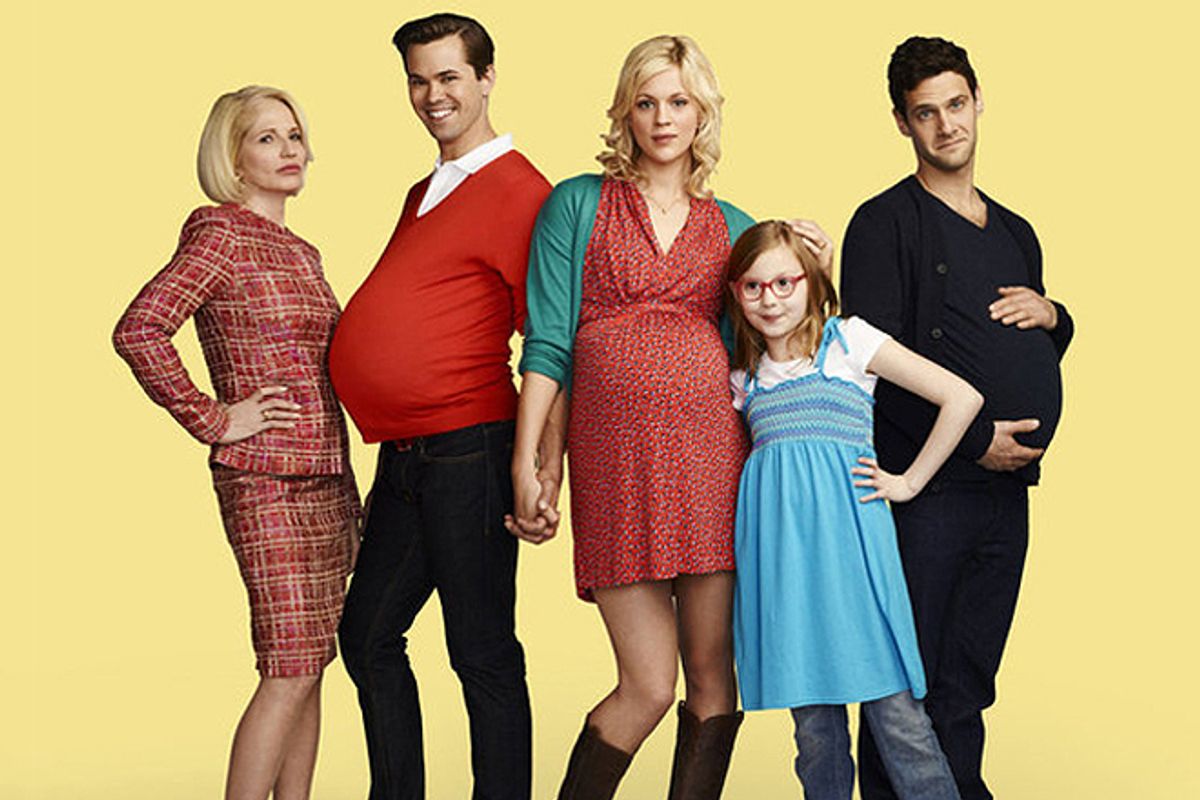 That tiny, fictional dog had the right idea. Dorothy Gale's canine friend Toto knew what we all sometimes need to be reminded of: Right behind the big, scary bully there's often a single, self-aggrandizing blowhard. Or 48,637 of them.

This week, those tireless warriors against "the filth … the entertainment media are throwing at our children," a misleadingly named group called One Million Moms, did precisely the expected thing: They issued a scathing indictment of a new TV show their organization has not even seen. But the mere premise of the upcoming NBC comedy "The New Normal," about a gay couple and the surrogate who's having their baby, was enough to send them into paroxysms about the "openly gay Ryan Murphy's" latest venture. (Murphy also created "Glee" and "American Horror Show.")

"NBC is using public airwaves to continue to subject families to the decay of morals and values, and the sanctity of marriage in attempting to redefine marriage," they declared. "These things are harmful to our society, and this program is damaging to our culture ... NBC's 'The New Normal' is attempting to desensitize America and our children. It is the opposite of how families are designed and created. You cannot recreate the biological wheel."

I'm not even going to waste time arguing with the inanity of every word of that statement, and the bottomless stupidity it takes to make that kind of declaration about how families "are made and created." I will, however, note that Ryan Murphy tactfully stated Tuesday that "I find it to be interesting that they would take a position before they've seen it. If they watch the show, I actually think they would love it. For the first time they will be represented! Ellen Barkin’s character is a member of the Million Moms! She will protest people and events and I think it will be great fodder for Brian and David's characters to talk about." He added, "In many ways this show is about tolerance and the discussion of the tolerance and it's delivered with sensitivity with a certain amount of veracity."

Speaking of veracity, I never get tired of pointing out that the great and powerful One Million Moms have a Facebook membership of under 50,000. This pack of homophobes who unfailingly go into outrage overdrive at the very acknowledgment of gays and lesbians in our culture are in reality an itty-bitty, worthless speck. They can call themselves whatever they want, but as Ellen DeGeneres noted when they went gunning for her last spring, "They're rounding to the nearest million."

But give the ladies credit -- they are way, way ahead of the notoriously grotesque Westboro Baptist Church. The hate group famed for showing up at funerals to defile the honest expression of grief most recently grabbed headlines again for its vow to "superpicket" the vigil for the victims of the Aurora massacre last week. A counter protest was launched, and the WBC failed to show. Here's what you need to remember about the WBC. This is a group that claims to have mounted 48,499 protests and has a paltry 868 Twitter followers and, by its own admission, has 40 members. FORTY. I actually once stumbled upon a Westboro Baptist Church protest. It was outside of Lincoln Center, because I guess GOD HATES MAHLER. The assembly consisted of roughly fewer than 10 morons with big, brightly colored signs. I'm not saying I'd want these jackasses anywhere near the memorial of someone I cared for, or frankly anywhere near my breathing zone in general, but I would like to make a plea that we keep these beasts right-sized. Forty members? I could start a church dedicated to worshiping the mole on Aaron Neville's eyebrow that could get more than 40 members.

In the same vein, consider the Catholic League, that hoary entity devoted to pitching a fit whenever someone trash-talks the pope. It's led by its president and frequent Fox News guest William Donohue. The League likes to take out big splashy ads when its knickers get in a twist, and Donohue gets lots of free publicity for his confrontational stances against lesbians or those who help and defend kids who've been molested. Or, as Donohue likes to call them, "a pitiful bunch of malcontents." The League claims to have 350,000 members, yet you almost never hear of a single one except Donohue.

One Million Moms, Westboro Baptist Church, the Catholic League and their ilk make for colorful press. They say outrageous things and some members do some truly terrible ones. They're inexhaustible and it often feels like they are fueled on hatred. Sadly, they reflect the twisted values of more people than just their professed membership. But ultimately, they are twerpy little creeps whose greatest skill is puffing themselves up to look bigger than they appear. They are not America. They are not us. Remember that the next time you see any of these clowns on the evening news. They're not just petty. They're really, really small.