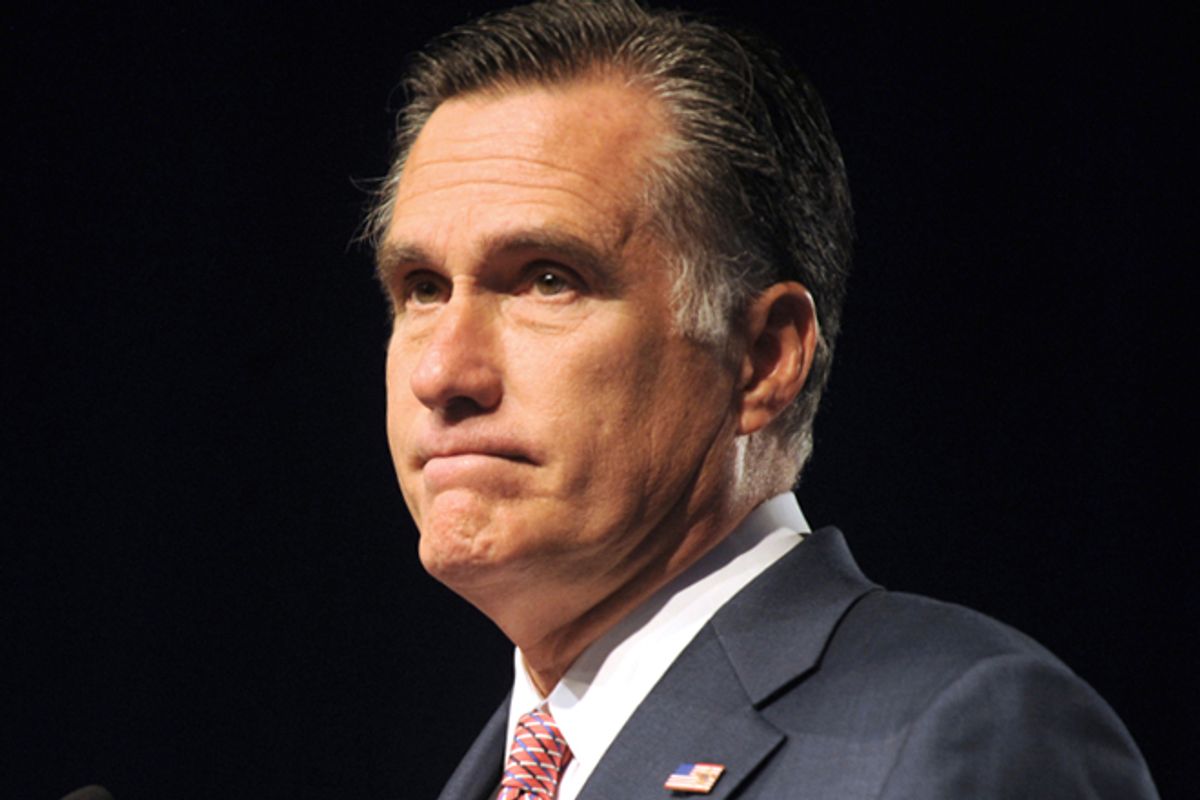 Mitt Romney is deeply confused about gun laws. In an interview set to air later tonight on NBC, the GOP presidential candidate says that alleged Aurora, Colo., shooter James Holmes “shouldn't have had any kind of weapons and bombs and other devices” that he did. Romney says this justifies current gun laws as strong enough: “It was illegal for him to have many of those things already, but he had them. So we can sometimes hope that just changing the law will make all bad things go away. It won’t.” Instead, Romney says “changing the hearts of the American people” is a better policy.

Holmes used a handgun, a shotgun and an AR-15 assault rifle in his massacre -- all legal, thanks to the expiration of the Assault Weapons Ban in 2004, which had previously prohibited some versions of the AR-15. Holmes also had body armor, tear gas grenades, a gas mask and tactical gear. All are legal and widely available online at minimal cost (one website sells tear gas grenades for just $16 a pop).

The only way it would have been illegal for Holmes to have his guns would be if he had been diagnosed as mentally ill or was a convicted felon, but neither was the case. His only record was a speeding ticket. "Background checks, as required by federal law, were properly conducted, and [Holmes] was approved," said a spokesman for Bass Pro Shops, where he bought one of his guns. Holmes had also booby-trapped his apartment with homemade explosives, but there’s no evidence yet that any of these devices were illegal either, as he made them himself with common materials like gasoline.

It’s understandable why Romney is confused; it’s absurd that Holmes possibly did nothing illegal until the moment he pulled the first trigger in the theater. The enforcement of the law did not fail in this case, the laws (or rather the lack thereof) did. His assault rifle used to be illegal, but no longer. Colorado law prohibits the state from registering guns and doesn’t allow authorities to track people stockpiling ammo.

Romney, who has a long record of supporting common-sense gun control before adopting the GOP’s anti-control position, likely had a Kinsley gaffe moment; he accidentally revealed what he thinks should be true. (How could it possibly be legal for Holmes to build such a huge arsenal?) If so, Romney better backtrack quickly before he faces the wrath of his fellow conservatives, who won’t tolerate any deviation on this issue.