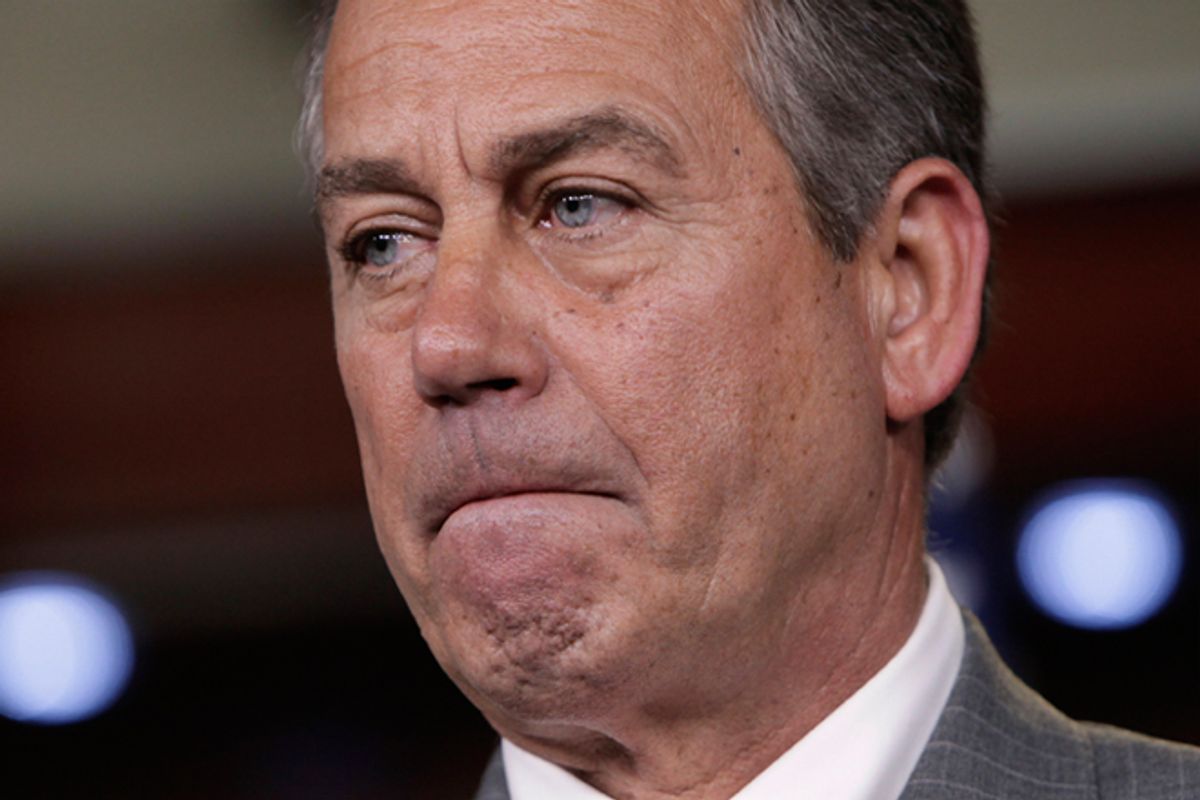 In Washington, they were praised, but among their base’s most loyal activists, Sen. John McCain and House Speaker John Boehner have earned scorn for standing up to Michele Bachmann’s Muslim witch hunt. In Arizona, the founder and chairman of a prominent Tea Party group in Phoenix told the Arizona Capitol Times Monday that he plans to file a recall petition against McCain over his public condemnation of Bachmann. “Go to hell, Senator, it’s time for you to take your final dirt nap,” Wes Harris wrote in a blog post. Meanwhile, the conservative blog Right Side News declared McCain to be “a threat to national security.”

In Ohio, Tom Zawistowski isn’t happy with Boehner either. Zawistowski is the president of the Ohio Liberty Coalition, a federation of 79 Tea Party and other liberty groups statewide, and he was glad to go on the record about this: “We’re disappointed, and we’ll let that be known, and I’m glad to be quoted now,” he told Salon in an interview. He said he hasn’t yet spoken with the other groups in the coalition, but that they plan to formally show their disapproval of Boehner’s public scolding of Bachmann in a letter .

“We think Congresswoman Bachmann is making a valid point. We don’t think she’s out of line. We do think there are questions that ought to be answered. Quite frankly, we’re kind of confused about the Republicans’ unwillingness to ask these questions,” he said.

“I really think he shouldn’t have spoken out so publicly about Congresswoman Bachmann. How does that help him? I mean seriously, how does that help them? I don’t know that it does. We’re a base that’s pretty important in this election,” he said, adding that he thinks most Tea Party activists side with Bachmann and not Boehner in this case. The response shows just how central fighting the perceived threat of Islamic infiltration and Shariah law has become in the Tea Party movement in recent years.

Zawistowski said Boehner’s comments speak to a bigger problem in Washington with political correctness. “You know, we’ve been asking a lot the question: What is treason today? What is our definition of treason? To me, it means you’re conspiring to overthrow the government of our country. And we seem to find a lot of people that are doing that on our soil. I mean, what are they teaching in the mosques? They’re teaching jihad, right?” he said.

Zawistowski continued, “Yes, we’re a free country, and that’s a disadvantage at times because our free speech and our laws allow people to operate in our country that certainly couldn’t operate in the Soviet Union or China or anything like that, but where’s the line?”