The NRA's war on gun science

In addition to fighting gun laws, the gun lobby has spent the past 20 years fighting research into gun safety 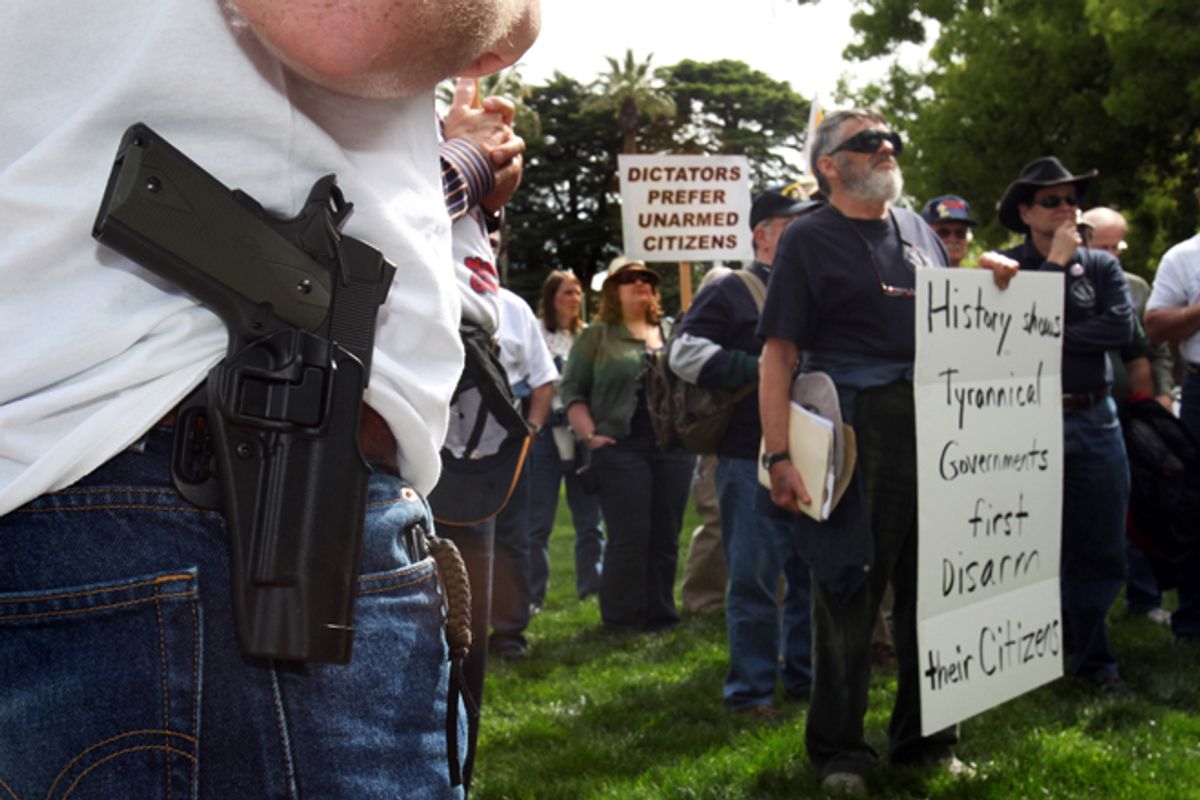 As the tragic shooting in Colorado last week has reignited the debate over guns, one key public policy question -- does gun control save lives? -- is almost impossible to answer thanks to a dearth of research on the subject. That lack of research is no accident. It’s the product of a concerted campaign by the gun lobby and its allies on Capitol Hill to stymie and even explicitly outlaw scientific research into gun violence in what critics charge is an attempt to deceive the public about the dangers of guns.

Over the past two decades, the NRA has not only been able to stop gun control laws, but even debate on the subject. The Centers for Disease Control funds research into the causes of death in the United States, including firearms -- or at least it used to. In 1996, after various studies funded by the agency found that guns can be dangerous, the gun lobby mobilized to punish the agency. First, Republicans tried to eliminate entirely the National Center for Injury Prevention and Control, the bureau responsible for the research. When that failed, Rep. Jay Dickey, a Republican from Arkansas, successfully pushed through an amendment that stripped $2.6 million from the CDC’s budget (the amount it had spent on gun research in the previous year) and outlawed research on gun control with a provision that reads: “None of the funds made available for injury prevention and control at the Centers for Disease Control and Prevention may be used to advocate or promote gun control.”

David Satcher, the then-director of the CDC, wrote an Op-Ed in the Washington Post in November of 1995 warning that the NRA’s “shotgun assault” on the CDC was dangerous both for public health and for our democracy:

What ought to be of wider concern, is the second argument advanced by the NRA -- that firearms research funded by the CDC is so biased against gun ownership that all such funding ought to cease. Here is a prescription for inaction on a major cause of death and disability. Here is a charge that not only casts doubt on the ability of scientists to conduct research involving controversial issues but also raises basic questions about the ability, fundamental to any democracy, to have honest, searching public discussions of such issues.

Dickey’s clause, which remains in effect today, has had a chilling effect on all scientific research into gun safety, as gun rights advocates view “advocacy” as any research that notices that guns are dangerous. Stephen Teret, who co-directs the Johns Hopkins Center for Gun Policy and Research, told Salon: “They sent a message and the message was heard loud and clear. People [at the CDC], then and now, know that if they start going down that road, their budget is going to be vulnerable. And the way public agencies work, they know how this works and they’re not going to stick their necks out.”

In January, the New York Times reported that the CDC goes so far as to “ask researchers it finances to give it a heads-up anytime they are publishing studies that have anything to do with firearms. The agency, in turn, relays this information to the NRA as a courtesy.”

In response to the news, the Brady Center to Prevent Gun Violence sent a letter to Secretary of Health and Human Services Kathleen Sebelius expressing concern that the agency was giving the NRA a “preferred position” and allowed to sway research.

Teret said that he’s noticed that the CDC appears to avoid using the word “firearms” when possible in research on homicide and suicide, using instead euphemisms like the “availability of lethal means.”

More recently, Republicans have gone after the National Institutes for Health, which has also funded research into the public health issues of guns. “It’s almost as if someone’s been looking for a way to get this study done ever since the Centers for Disease Control was banned from doing it 10 years ago,” Rep. Joe Barton, a Texas Republican, said in 2009 of the NIH.

“You’d think that after the CDC had their money revoked, we wouldn’t be dealing with this,” Erich Pratt, a spokesman for the Gun Owners Association of America, told the Washington Times at the time.

Last year, Rep. Denny Rehberg, a Republican from Montana, added a rider to the current government-funding bill, the Consolidated Appropriations Act of 2012, based on the Dickey language, which targets the NIH. It states that no funds going to the NIH “may be used, in whole or part, to advocate or promote gun control.” In a press release from March, Rehberg touted the amendment and condemned President Obama’s “insidious ... efforts to subvert the Second Amendment,” a reference to a signing statement Obama made pushing back (gently) on the provision.

Daniel Vice of the Brady Center told Salon that the stymieing of research at the CDC “is just one part of a broad campaign of secrecy to keep information from the public about how dangerous guns are.” He noted that the ATF used to release lots of gun crime data to the public, including a list of problem gun dealers providing firearms to criminals (almost 60 percent of firearms at crime scenes were traced back to just one percent of gun dealers, he said). But beginning in 2003, an amendment introduced by Rep. Todd Tiahrt, a Republican from Kansas, prevents the ATF from releasing all kinds of gun data. It’s been added as a rider to every spending bill since.

Dr. Arthur Kellermann, a prominent researcher whose 1993 CDC-funded study became a flashpoint in the debate over government funding of gun research, told Salon that the effects of the campaign against gun research have real consequences. “In a nation dedicated to personal freedom and responsibility, it is ironic that policymakers and the public have been denied access to timely and objective research on this issue for 15 years and counting,” he said in an email.

Indeed, gun violence is the second leading cause of death for young people after car accidents, but the federal agency responsible for researching ways to stop it has had its hands tied. No other research topic has been singled out in this way.  “We’ve got a huge social problem that causes a very substantial amount of premature mortality and by and large, we have invested scant resources studying it. And the reason is politics,” Teret said.