Welcome back, "House of Style"

MTV's seminal fashion series has been MIA for a decade, but now it's back on the Internet. Let the nostalgia begin 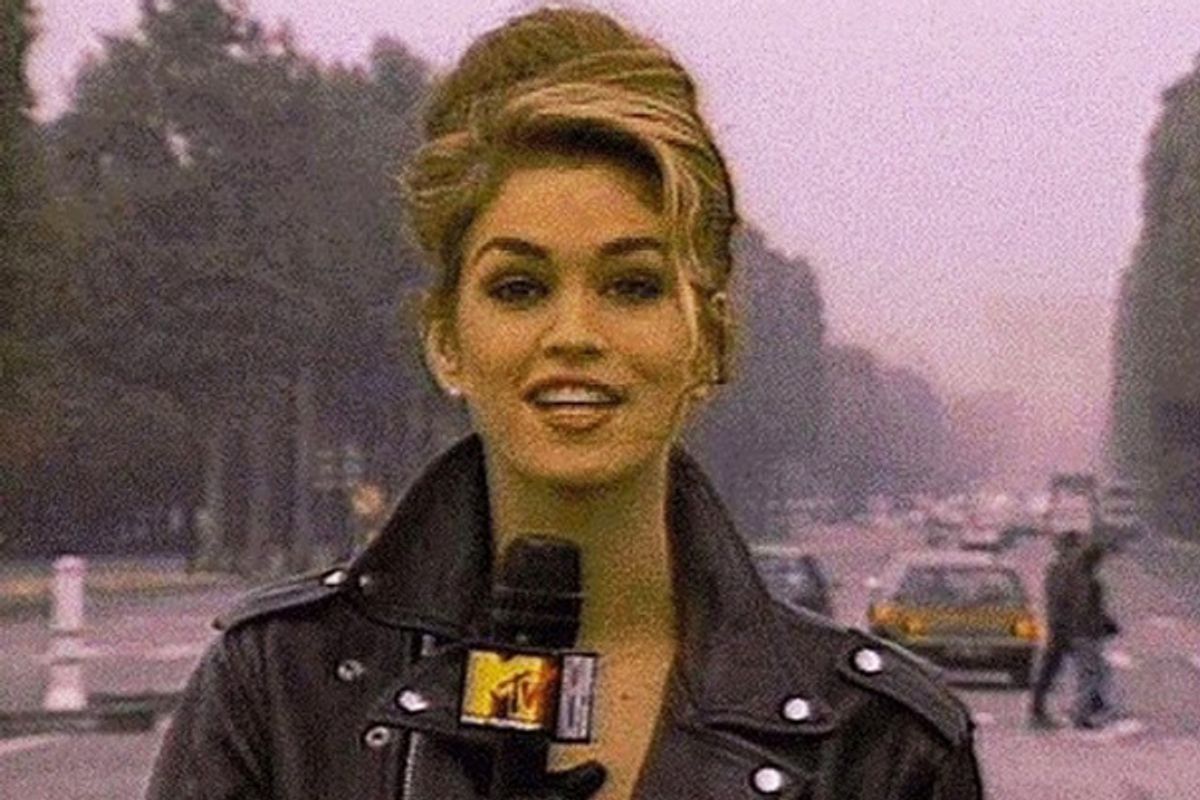 Cindy Crawford in "House of Style"
--

If you have four or five hours handy, boy, does the Internet have a flashy new gift for you.

Yesterday MTV made much of “House of Style,” the Cindy Crawford-hosted fashion series that ran from 1989 to 2000 and hasn’t been rerun on the channel since 2002, available on the Internet, along with copious context-providing supporting materials — a sort of “Annotated House of Style” — provided by Mary H.K. Choi. For people of my generation— i.e., dedicated ‘90s TV watchers — “HOS” needs no reintroduction. (I know I still frequently think about the segment in which “HOS” correspondent Todd Oldham explains how to get deodorant smears out of one’s clothing.) But for those less familiar with it, “HOS” was a sort of DIY newsmagazine show about the fashion world, one that not only chronicled the rise of the ‘90s supermodel craze, but codified and contributed to it. The show mixes up segments about the latest trends, designers and models with segments of Crawford goofing around with young celebrities and doing her day job, which is to say going on shoots and fittings, and appearing in shows, activities that frequently involve the likes of Naomi Campbell, Linda Evangelista and Christy Turlington, her fellow supermodels and pals.

As a purely nostalgic exercise, there is so, so much to love in these “HOS” clips: an adorably game and young Salt n' Pepa model profane, multicolored ‘80s clothes; Will Smith on the set of "The Fresh Prince" laughing at Cindy Crawford saying "Humpty Dumpty” when she means "Humpty"; a segment about the rock T-shirt business that ends with Milli Vanilli T-shirts rolling off an assembly line; an interview with Tiffany, that is, like serious; Naomi Campbell looking almost bashful and freaked out when she first appears on video camera;  an impossibly young Jon Stewart getting a pedicure; Sofia Coppola selling a line of T-shirts with her boyfriend Spike Jonze; Cindy Crawford saying she tries not to eat "starches," because "carbohydrates" wasn’t a word we all knew yet; Crawford "introducing" us to Claudia Schiffer; Karl Lagerfeld’s steely gray hair.

But "House of Style” is also fascinating as a document of a less media-savvy time, something that you can see changing as the show runs on into the later ‘90s, without Crawford as host. In 1989, when “HOS” began, the tabloid and reality TV eras were still years off (“The Real World" didn’t start airing until 1992), and you can tell from watching the celebrities who appear on camera, foremost among them Crawford herself. They’re all significantly less coached and media savvy than even the greenest famous person would be today. They are more obviously self-conscious on camera — they're nervous! — and less fundamentally self-conscious on camera, because they are not living in fear that their every word will be flung around the Internet forever and ever. At one point Naomi Campbell says the most embarrassing thing in her closet is a pair of underwear “with something attached to it.” While it’s possible to imagine Naomi Campbell, of all people, telling a journalist she has a dildo in her closet today, it’s hard to think she would do so with all the sweet, giggly innocence she tells her pal Cindy while at a really swanky Versace fundraiser in one “HOS” clip.

"HOS" is a time capsule in other ways as well. Because it began before reality TV became so established, many of the segments feel like a working out of the now inscribed rules of reality TV. Crawford takes the camera behind the scenes on her shoots, and the footage from them is cut together in a much more cutesy and jumbly way than it would be now. When Moschino says he doesn't want the label "fashion designer" on his shoulders, the show ... lays a graphic of the phrase "fashion designer" over his shoulder. The talking head interviews don’t always add much; there’s not a big premium on creating conflict. The genre conventions have yet to be sorted out.

And because "HOS" existed before reality TV was a proven way to make yourself super-famous, what Crawford was doing — leveraging her own access to fill out a TV show — has none of the gross connotations it would today. Everyone she talks to — and she can talk to anyone — designers, models, celebrities, are happy to speak with her, but without any of the "what do I get from this?" skeeze that comes with every reality TV show appearance nowadays. Compared to, say, Kanye West's recent appearances on "The Kardashians," where he and everyone else knows he is more or less slumming it,  "HOS" seems innocent, a leftover from a time when oversharing was just being friendly, not a world-domination strategy. Go watch.