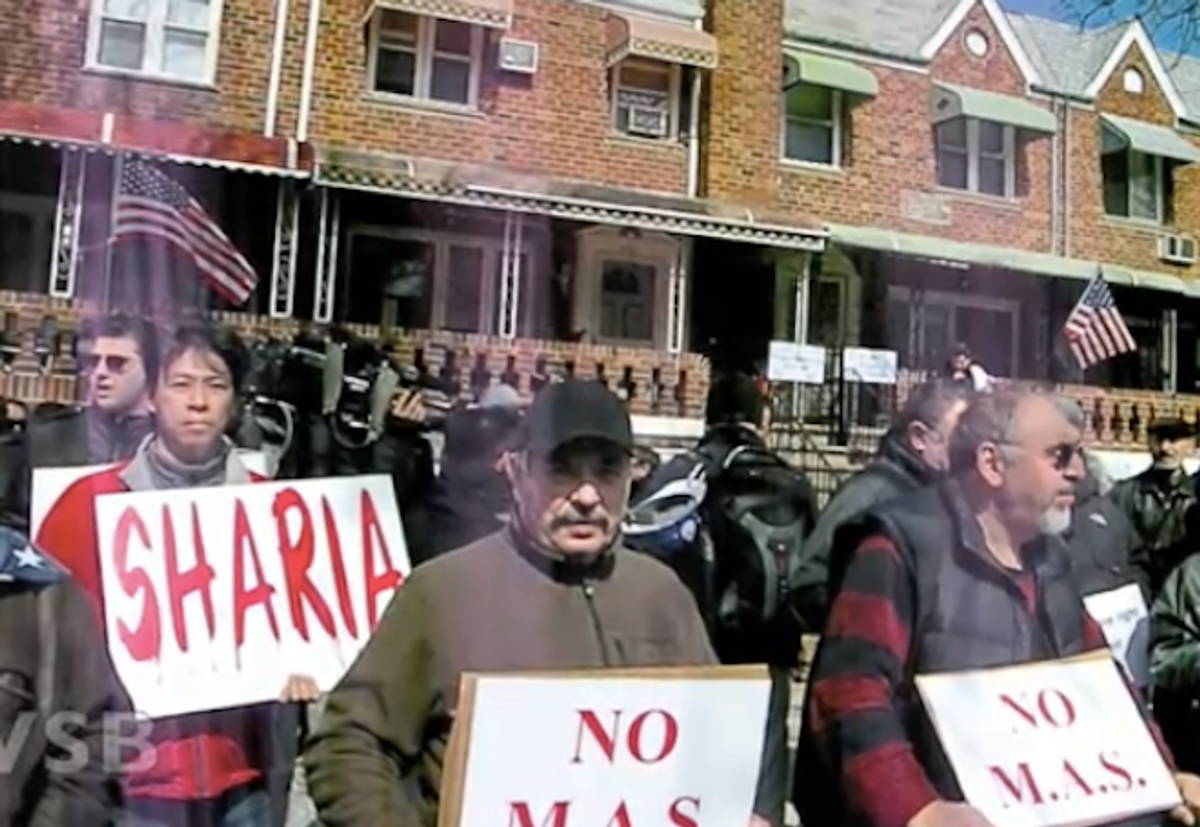 Developer Ahmed Allowey wanted to build a modest house of prayer on a vacant lot in Sheepshead Bay, Brooklyn. For years, growing numbers of Muslims had been immigrating to the neighborhood and lacked a nearby mosque. Allowey's plan was hatched over five years ago, but construction at 2812 Voorhies Avenue is still not complete, thanks to vociferous opposition from local residents backed by opportunistic politicians.

Just last week, Republican state Sen. David Storobin, who represents nearby Brighton Beach, fired off a letter to New York City Mayor Michael Bloomberg claiming the mosque “may pose a danger to public safety.” He explained to the Brooklyn Daily that his “opposition isn’t to who is building it, but to what is being built.” The main group fighting the mosque, Bay People Inc., praised Storobin's letter. “He understands the needs of his neighbors. He’s strongly against this construction,” a spokesperson told the Daily.

For years, Bay People has fought the mosque by any means possible. On their website, they say their primary concerns are quotidian: parking, traffic and noise. But further down the list, some other concerns emerge. They argue that the Muslim American Society, which has backed Allowey, a local businessman, is “associated with the [Muslim] Brotherhood, sharing ideology, goals, leaders and members. We are sure you are aware of the Brotherhood's fundamentalist views, as well as its anti-American, anti-Semitic and World dominance ideas.” Elsewhere they note that “residents are mostly of Italian/Russian/Jewish/Irish descent and will not benefit from having a mosque and a Muslim community center.”

In the summer of 2010, as anti-mosques activists from across the country descended on Manhattan to protest the Park 51 Islamic center near ground zero, Sheepshead Bay saw its own vocal protests. “If they build a mosque there, I’m going to bomb the mosque ... I will give them a lot of trouble. They’re not going to stay here alive,” one outraged resident resident was quoted by the Brooklyn Paper as saying at a large demonstration. “New York is not Islamabad. Do not forget 9-11!” screamed another protester quoted by the paper. In June of that year, 50 mosque opponents turned out to protest the annual Children of Abraham Peace Walk, which brings together Jews, Muslims and Christians in a show of unity.

Blogger Pam Geller, who led the fight against the Park 51 center, spoke at a protest against the mosque in March of 2011, along with Robert Spencer, a prominent blogger behind the JihadWatch website. On her blog, Atlas Shrugged, Geller has written numerous posts against the “Sheepshead Bay Mega Mosque,” as she calls it (it’s three stories tall on a single-family home lot). She’s also called it the “Muslim Brotherhood” mosque.

In January of 2010, opponents went to the Sheepshead Bay/Plumb Beach Civic Association meeting seeking the board’s support to halt the project. “Though initial statements from the mosque’s opponents emphasized potential traffic, parking and noise problems as the cause for their concern, racist undertones began to bubble to the surface of the debate,” the blog Sheepshead Bites reported at the time. Members of the civic association balked at the mostly Eastern European immigrant protesters worrying about the changing character of the neighborhood. “I liked this neighborhood when I could leave my house barefoot and walk on the beach,” said Civic Association secretary Barbara Berardelli. “When [Eastern Europeans] moved here, I couldn’t do that. I didn’t like you. But ultimately it’s not about your preference, it’s about being a good neighbor and realizing they have rights too.”

Since then, the mosque site has been visited with protesters wielding signs about how mosques teach jihad and graffiti reminding everyone that Osama bin Laden is dead. Opponents have lost numerous appeals to city zoning officials, which eventually ended up in Kings County Supreme Court last fall, but the political opposition remains.  Storobin is hardly the first politician to team up with mosque opponents, despite their questionable rhetoric. Brooklyn borough president Markowitz sent a letter to Bloomberg expressing the Bay Peoples’ concerns. U.S. Rep. Bob Turner, a Republican who replaced Anthony Weiner and ran on an anti-“ground zero mosque” platform, has met with members of the group and asked city zoning officials to stop the mosque. Even Democratic City Councilman Lew Fidler tentatively got onboard. "I understand they're uncomfortable. Our emotions are so high and our concerns for safety are so real, but to suggest that any mosque that is going to be built is a haven for terrorism or a pulpit for hate before they even build the foundation is simply just over the top,” he told the New York Daily News.