In his toughest remarks yet, he tells the Urban League "AK 47s belong on the battlefield of war not on the streets" 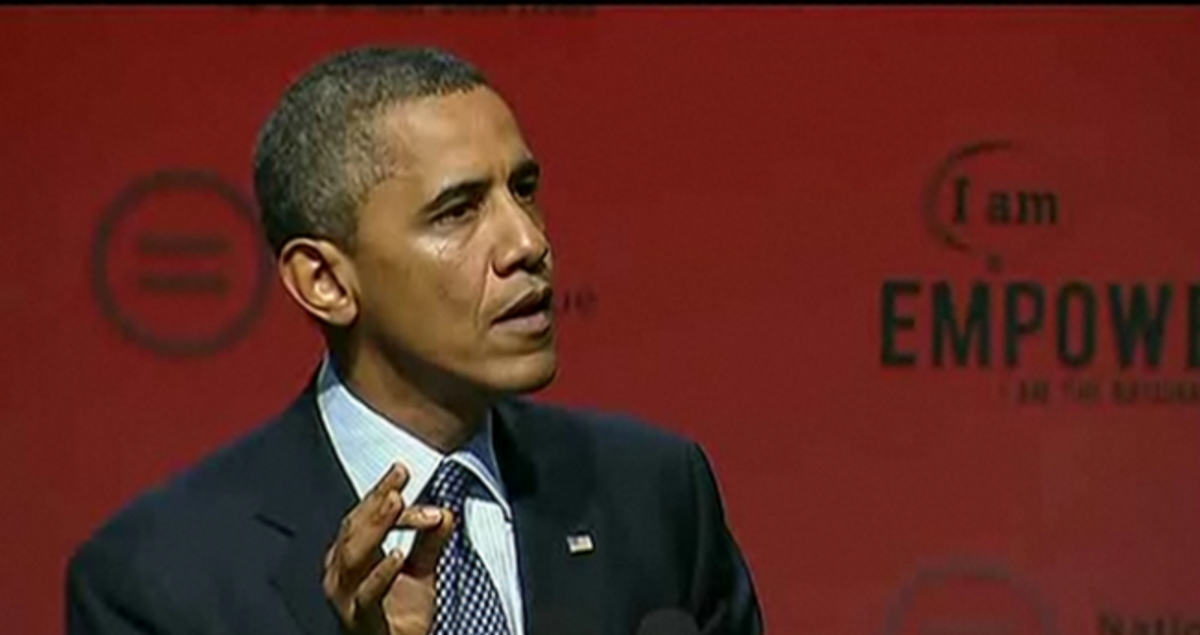 President Obama failed to say anything about the role of guns in the Aurora massacre when he addressed survivors and their supporters Sunday night. But talking to the National Urban League Wednesday evening, the president made the most direct and assertive remarks about gun control that I could find during his whole presidency – but he didn't use the term.

Obama framed his critique of the way we regulate guns – or don't – in terms of "violence reduction." That's fine with me.

The president acknowledged that government can't single-handedly prevent damaged young people from acting out with violence. "When a child opens fire on another child, there's a hole in that child's heart that government alone can't fill," he told the group. "It's up to us to spend more time with them…show them more love, so that they learn to love themselves." But then he turned to the role of guns, and ran down a list of gun-access reforms that he said enjoyed popular support, even from some gun owners.

"I believe that a lot of gun owners agree that AK 47s belong in the hands of soldiers, not in the hands of criminals, that AK 47s belong on the battlefields of war and not on the streets of our cities," Obama said flatly, though I couldn't get an answer from his press operation as to whether that represented any change in his stated intention not to back a reauthorization of the assault weapons ban that would get more AK 47s off the streets. (I'll keep asking.) He went on:

"I believe the  majority of gun owners  would agree that we should do everything possible to prevent criminals and fugitives from purchasing weapons, that we check someone's criminal record before they could check out a gun seller, and that a mentally imbalanced individuals should not be able to get [their] hands on a gun so quickly."

To enthusiastic applause, Obama told the group: "These steps shouldn't be controversial, they're common sense. So I'm going to continue to work with both parties, and religious groups and civic groups, to arrive at a  consensus around violence reduction."

Obama seemed to reference a poll of gun owners and NRA members released today by conservative pollster Frank Luntz, which showed support for many of the measures the president mentioned. Working with Mayor Michael Bloomberg's Mayors Against Illegal Guns group, Luntz polled 945 gun owners nationwide: half were current or former members of the NRA, and half were not.

According to Reuters, Luntz found:

Seventy-four percent of the current and former NRA members and 87 percent of the other gun owners supported criminal background checks of anyone purchasing a gun, according to the poll.

Seventy-nine percent of current and former NRA members and 80 percent of the other gun owners supported requiring gun retailers to perform background checks on all employees to ensure they are not felons, the poll found.

Poll respondents also favored eligibility requirements for obtaining concealed weapon permits, with 63 percent of current and former NRA members and 74 percent of the other gun owners agreeing that applicants must be at least 21 years old.

More than two-thirds of respondents from both groups said that permits to carry concealed weapons should not be allowed for people who had committed violent misdemeanors, such as assault, or those who have been arrested for domestic violence.

In addition, 71 percent of current or former NRA members and 80 percent of the other gun owners supported banning people on a terrorist watch list from purchasing guns.

So maybe the president's finding the way to a tougher stance on gun-control – I mean "violence reduction" -- that tries to act on the issues where there's majority support for reform. I wrote the other day that our failure to take action on such issues corrodes democracy; let's hope we're moving toward more honesty and courage around gun violence.