Here's why Facebook's stock has never been lower 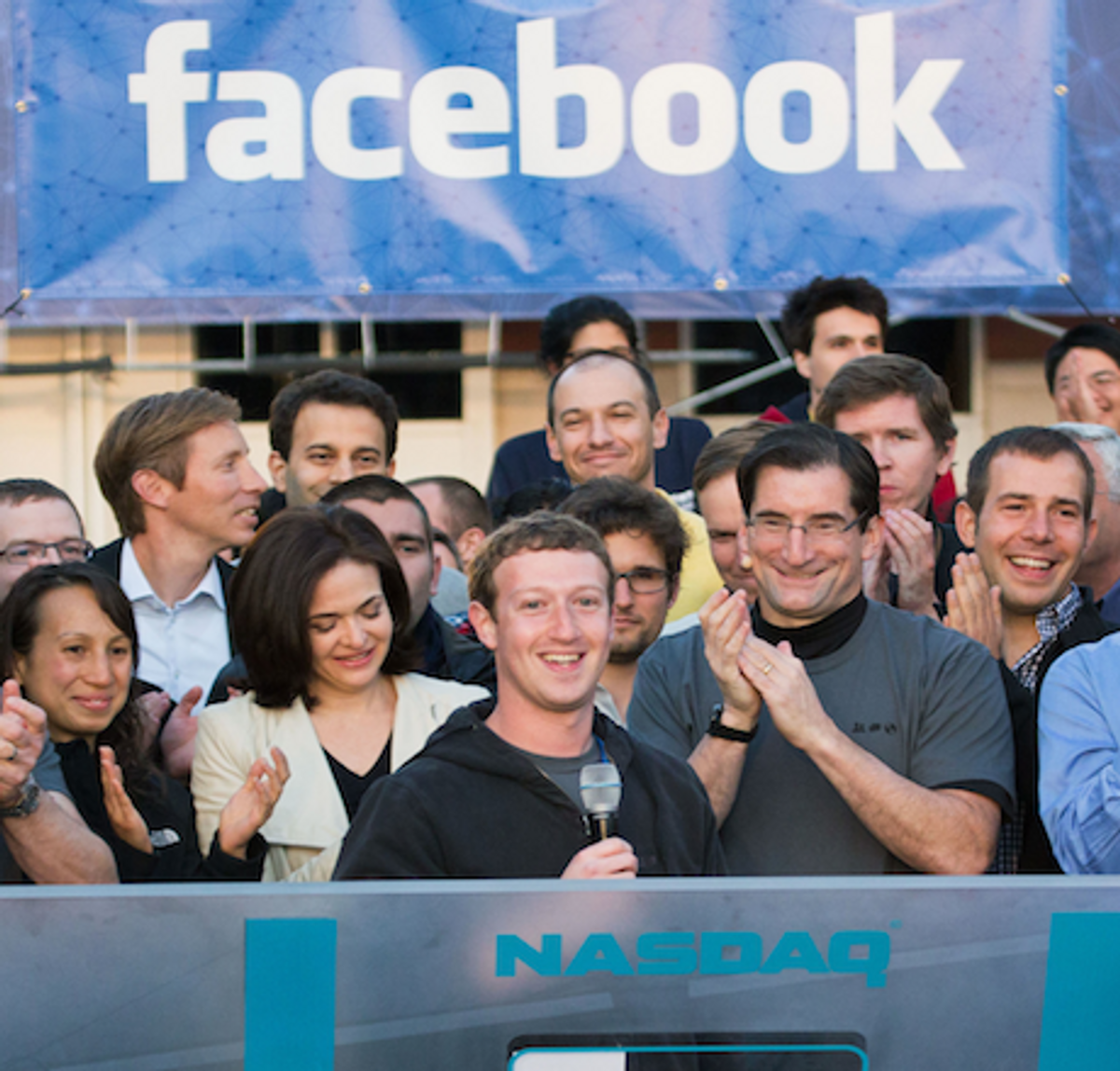 Despite meeting analysts’ operating earnings estimates of 12 cents a share, Facebook shares were hammered Thursday, falling more than 10% in after-hours trading. Here’s why.

Yes, Facebook tied earnings estimates and even eked out slightly better revenue of $1.18 billion. But in its first earnings release, earnings per share and revenue weren’t the numbers that mattered. As investors made their way through a sparse earning release, the more telling numbers were laid bare:

And even the 12 cents per share number was deceiving. As an average, it represented a wide range of estimates and was seen as being on the low side. Facebook, in other words, reached base on an error when it needed to hit a home run after a lackluster initial public offering and rough communications with Wall Streets in the weeks since shares started trading.

Simply put, Facebook has saturated most of the world’s major markets. Now it needs to be able to show it can squeeze more revenue and higher earnings out of each user, and that is something the second-quarter earnings release did not demonstrate.

On its earnings call, CEO and Founder Mark Zuckerberg (yes, he did show up and shares rose slightly in after hours trading as soon as he started speaking before falling again) continued to talk about what the company can become. He reiterated previous statements that the company is in the early stages of developing its mobile strategy and that sponsored stories and other social ads were showing “an encouraging start.” He laid out a three-pronged strategy focusing on mobile, building high-quality apps and making its developer platform accessible for third parties.

After a 10-minute introduction, Zuckerberg handed the call off to Chief Operating Officer Sheryl Sandberg who talked about Facebook’s “ability to create unique advertising opportunities.” She told listeners about Facebook’s potential to deliver “word of mouth advertising at an unprecedented scale.”

In other words, same story, different over-hyped news event in the life of a public company. Zuckerberg and Sandberg gave no hints of new strategies, instead highlighting some recent success stories, reviewing some recent product launches and reiterating what most observers already knew about the company.

What they didn’t answer were the tough questions. They offered little of the forward-looking guidance Wall Street was looking for. They didn’t address the stock’s lackluster performance since the IPO. And perhaps most telling, they didn’t give the concrete revenue numbers Wall Street was looking for. Yes, the number of mobile users was up from a year-ago, and Sandberg stressed that Facebook is “optimistic with our early tests around mobile.” She said people were “consuming their news feeds and sharing,” but she gave no hard numbers on how many of them were clicking on mobile ads.

At the end of the conference call, Facebook shares were $24.12 in after-hours trading.