In South Dakota and Arizona, federal judges show a shocking disregard for our nation's abortion precedent 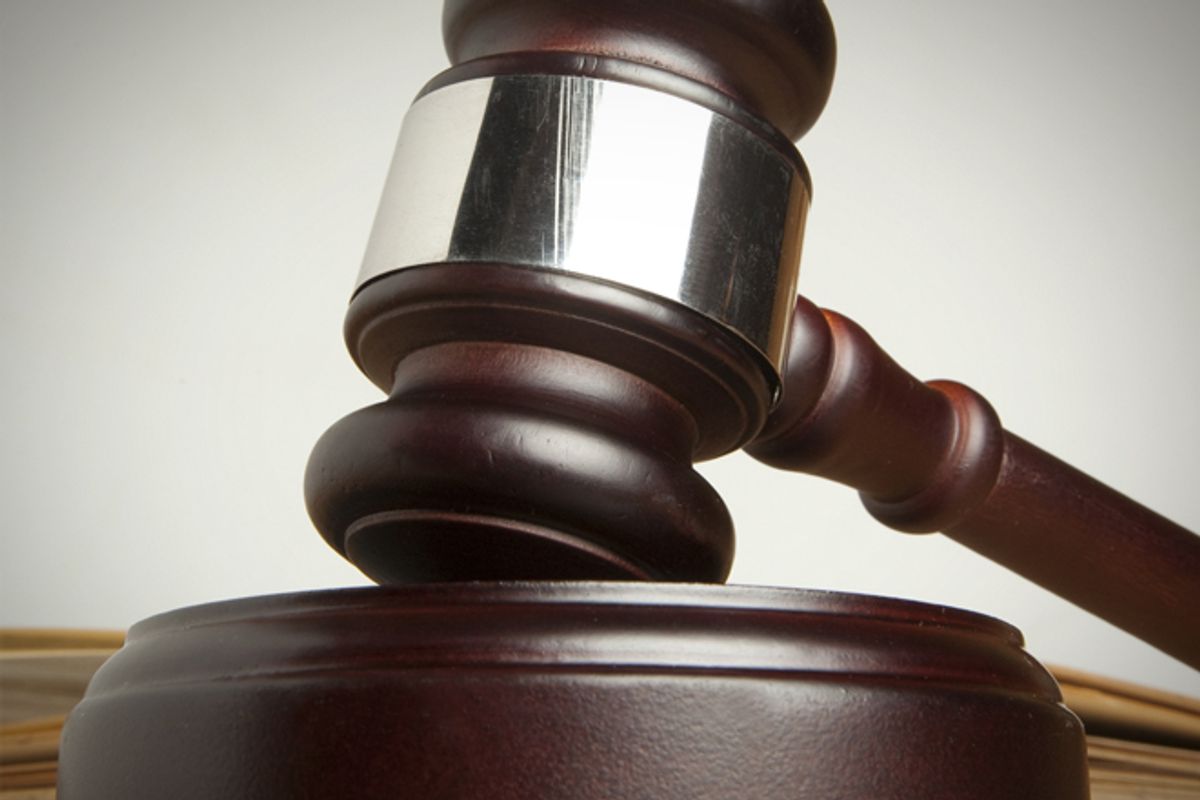 Here is the basic principle on abortion restrictions set out by Supreme Court precedent: The state can try to talk a woman out of having an abortion, but only if it doesn't present an "undue burden," and only if the materials used are "truthful, nonmisleading information." In a 7-4 ruling this week on a South Dakota restriction, the 8th Circuit Court basically threw the second principle out of the window, implying we can't rely on the prevailing medical evidence about whether abortion causes suicide. Meanwhile, a recent hearing in the pivotal Arizona 20-week ban challenge suggests a federal judge there is inclined to similarly disregard precedent.

At issue in South Dakota is a 2005 "informed consent" law that, among other provisions being battled in separate cases, demanded that doctors tell women seeking abortions that abortion carries an "increased risk of suicide ideation and suicide," despite no one ever having proved the causation, and the repeated discrediting of studies that claim to. The judges have mostly rationalized this by saying that telling women who are planning to have an abortion that there is an "increased risk" of suicide isn't the same as telling them that abortion causes suicide. In other words, the state is just providing a helpful FYI! Even if the correlation is simply that preexisting mental health issues correlate with unwanted pregnancies.

Presented with an American Psychological Association meta-analysis that dismissed the causal claim and found methodological flaws in the studies of correlations, alongside several studies cited by Planned Parenthood in its challenge, the majority basically threw up its hands and went postmodern on the entire notion of truth. "It is difficult to identify a solid objective basis for the criteria employed in these reviews to identify the 'best' studies," they wrote. "We express no opinion as to whether some of the studies are more reliable than others; instead, we hold only that the state legislature, rather than a federal court, is in the best position to weigh the divergent results.”

The dissent points out that the main "expert" on abortion causing suicide has been discredited by her peers; RH Reality Check's Jodi Jacobson reports that the Journal that published one of the key studies cited by abortion opponents is actually considering retracting it, after the paper was subjected to two rounds of rigorous analysis that found, each time, serious errors and distortions. The first round of fact-checking involved calculation errors; the second involved realizing that author Priscilla Coleman had decided to count mental health outcomes that happened before a woman had an abortion. (This is the same Coleman who recently tried to dismiss a study showing abortion was 14 times safer than childbirth by saying it had failed to take into account the alleged "wealth of data showing childbirth is protective in the immediate and long-term against death from non-obstetrical causes, both from natural causes such as breast cancer and unnatural causes including suicide." Pregnancy as a cure for suicidal folks everywhere!)

The majority also said that Planned Parenthood's downfall was that it hadn't shown that there isn't an increased risk. Except that's not how science works: As Michelle Goldberg points out, with this point, the court "has turned the burden of evidence on its head. Essentially, it said that the state doesn’t have to prove the suicide advisory is true — rather, the plaintiffs have to prove it definitively untrue. ... Planned Parenthood would have to prove a negative."

Meanwhile, in Arizona, the first major challenge to an unconstitutional 20-week abortion ban is underway. As I reported last week, this is a pretty open-and-shut case when it comes to the precedent: In the last abortion case ruled on by the Supreme Court, in 2007, Kennedy reiterated that a law is unconstitutional “if its purpose or effect is to place a substantial obstacle in the path of a woman seeking an abortion before the fetus attains viability.” Twenty weeks is well before viability. But, according to a New York Times editorial, that's not the framework used by Judge James Teilborg of the United States District Court in Phoenix, speaking to lead attorney Janet Crepps:

[H]e lectured her for what he suggested, wrongly, was a lack of compassion for the unborn. He said he had read the plaintiffs’ affidavits and had found that they “reflect profound compassion and concern for their patients, the women, and presumably the fathers.” However, he added, “I didn’t find anywhere in those affidavits any expression of concern by the plaintiffs’ positions for the unborn child — or even a hint of concern on their part.

“Given that silence on that part,” the judge said, “and given the silence in your own presentation, doesn’t that underscore the legitimacy of the state’s regulatory action out of concern for the unborn child?”

This is not the compassion Olympics. This is the federal judiciary, which held in Roe that while the state has "an important and legitimate interest in potential life, the 'compelling' point is at viability." At least Teilborg rejected a motion to appoint a lawyer to argue the rights of the unborn. This week, that looks like judicial restraint.