Nothing tastes as good as blogging feels 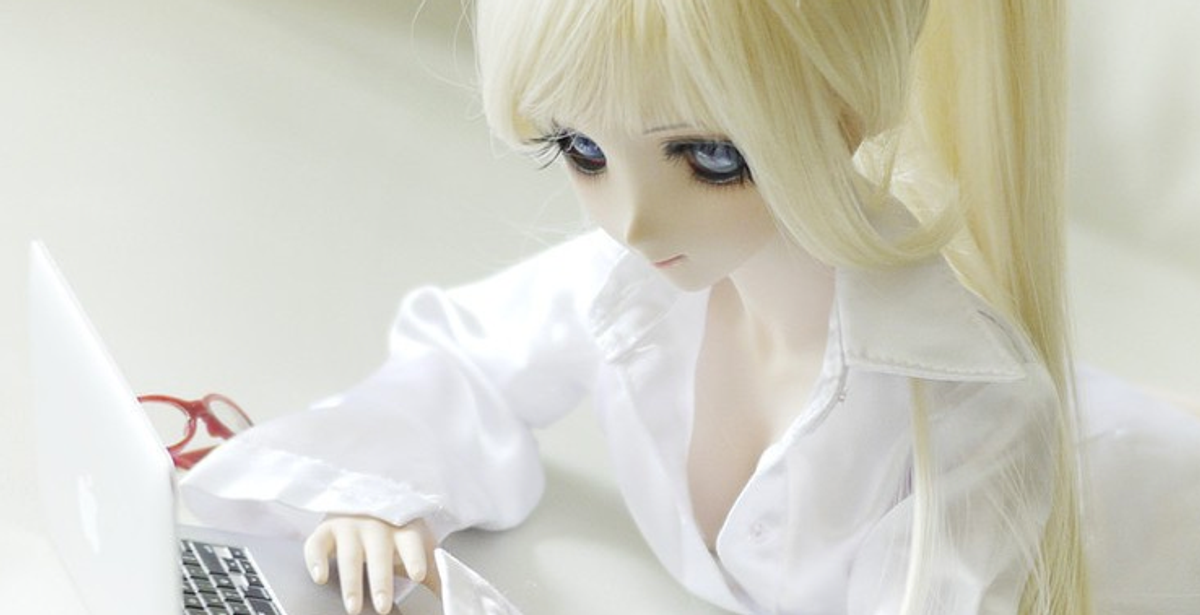 Once upon a time, anorexia was a relatively private matter. The person suffering from it usually denied their affliction to avoid treatment. Most often, it would remain a secret once diagnosed, in part to avoid becoming the subject of local gossip. And once detected, the person in question would undergo treatment and find herself sequestered away from the outside world in a hospital that wouldn’t even allow Barbie or Disney princess paraphernalia to infiltrate its walls, lest it trigger her urge to starve. Hopefully, she would recover. She would go on with her life, and her friends and family would encourage her to eat, maybe relax a little. Her once-secret eating disorder would become something that she had overcome. It was possible that she would even write a memoir about it one day; Wasted; Solitaire; Feeling for the Bones; Thin; I could name at least a dozen that aren’t about eating disorders, but simply memoirs of a troubled life involving starving yourself at one point in a longer line of suffering.

As a culture, we once understood anorexia in retrospect. With the semi-transluscent organizational structure of life online, however, we’re been offered a different perspective. Enter the pro-anorexia community: not a traditional support group, but rather, an anonymous body embracing and encouraging the disorder through networks of message boards and blogs. The disease’s most visible subjects—white, upper-middle class women, often in the throes of adolescence—also happened to be at the same intersection of class, gender, and age that has ample free time to browse the Internet, and more than likely, a personal computer. As the narrative of the eating disorder began to favor this enlarging community over the individual, our understanding of the disorder shifted to the present tense, became plural and very, very defensive.

Anorexia nervosa and bulimia are clearly defined in high detail in the Diagnostic and Statistical Manual of Mental Disorders (DSM), and without a diagnosis according to these guidelines, an individual could simply be said to be lacking in appetite and self esteem. Language creates a finite boundary between the healthy and the diseased in treatment. Pro-anorexics, however, in retribution for the medicalization of what they have come to consider to be a lifestyle choice, have created a language all their own. Some of this is achieved through the abbreviation and compounding of nouns, but much of it actually repurposes the terminology of psychiatric treatment. Like any form of language, it is constantly evolving.

Pro-ana and pro-mia (pro-bulimia) communities are the final, twisted frontier of the support group. The terms Ana and Mia are, in fact, remnants of a common treatment exercise. Therapists used to encourage anorexics in recovery to externalize their disorders as separate people—“Ana” or “Mia”—like bad, controlling friends whom they were to stop listening to, to help those in recovery begin to separate their other thoughts from being intertwined with the disorders.  Asking patients to dissociate from their own patterns may sound kind of out there, but medical language and practice often travels on strange paths. Online pro-disorder communities, however, hijacked this approach to dissociation. Ana and Mia, they espoused, were controlling, yes, but the girls were also brutally honest, knew how to get things done, and in the end, all that tough love was just that—love. Ana and Mia, once symbolic representations to externalize and reflect on, have essentially become imaginary friends. Considering many of the theories that claim eating disorders are a way for girls to deny their adult bodies and remain in a state of childhood, it is fascinating that this externalized “eating disorder voice” has been co-opted from recovery therapy to suit the needs of pro-anorexics in this way. The simple therapeutic practice has taken on twisted elements of magical thinking in the hands of sufferers, who view their condition, or their friend, as troublesome at times, but also as a gift.

In February, Tumblr banned pro-ana blogs. The staff released a statement saying that, as with anything with so much freedom, “Tumblr sometimes gets used for things that are just wrong,” and it was time to “draw some limits.” The decision also applied to blogs that encouraged more aggressive forms as self-harm, such as cutting, which often overlaped with pro-ana content. The decision appeared to work, as the content disappeared, and its regrowth process slowed to a near halt. But as the activity diminished in one corner of the Internet, it seemed to be getting bigger and stronger in another, Pinterest. Only a month after Tumblr’s decree, Pinterest followed suit and announced its own strategy to combat self-harm blogs. Pinterest chose to simply run a banner at the top of the page when pro-ana terms were searched in the place of content they’d removed. Even Instagram, which is widely considered to be a tool used only by real world friends, has also had to declare a ban on pro-ana hashtags on its site.

But Pinterest is only the latest in a string of social media platforms pro-ana communities have exploited. As with many Internet phenomena, it’s difficult to pinpoint a clear trajectory of the community’s invention and growth, save for its migration from platform to platform. Earlier websites often featured disclaimers at the homepage, but this rarely deterred online visitors from clicking away to view tips (for weight loss), tricks (for fooling friends, doctors, and family), “thinspirational” photos of emaciated models and actresses, and detailed accounts of the webmasters’ diet and exercise regimes. It’s important to note that these images look an awful lot like the sick version of a self-actualization exercise a counselor might have you do—make a collage of the images you want in life, remind yourself of your goals.

They also usually included message boards, which established the early online pro-ana community. “This is a PRO-ANOREXIA site,” read many disclaimers on the homepage. “The information in the following pages contains pro-anorexic material. For this reason, it should NOT be viewed by anyone who is in recovery or who is considering recovery. Please, if you do not already have an eating disorder, turn back now. If you are in recovery, turn back now. Anorexia is a deadly disease. It is not to be taken lightly.” By July of 2001, Time Magazine estimated that there were well over 400 pro-ana sites.

In the years since, social media has rapidly evolved and begun to serve as a platform tailored to the individual. LiveJournal was a high volume site with an incredible amount of pro-ana discussion; the medium was particularly well-suited to straddle the line between highly personal accounts and the anonymous ethos of the message board. A few years later, MySpace blew up with pro-ana activity. Neither website actively tried to delete the activity, although MySpace does dedicate some ad space to recovery advertisements for accounts of pro-ana users. But when Facebook saw a rise in pro-ana pages, the staff quickly banned them, and began to actively seek out and destroy them. Perhaps the sense of responsibility is higher when you’re overlooking a group of individuals who are known by their true names rather than handles or avatars.

Newer social media platforms lean in the direction of one’s personal tastes, and the identity represented online is often a direct result of what we’ve come to call ‘curation.’ One’s image is not necessarily stated as it was in the last phase of digital media, but rather, inferred through the cumulative tagging, pinning, and reblogging actions a user performs. Tumblr and Pinterest also happen to be particularly popular among teenage girls. Pintrest in particular acts as a veritable cult of femininity, with infinite boards dedicated to wedding planning, fashion, and “food porn.” Instead of seeking out other pro-anorexics for a sense of community, it’s possible anorexics would seek out images and language to support their preference for pro-ana.

On its most high-profile level, the community now relies more on the trafficking of images and catchphrases than explicit conversation. Friendships and alliances are formed secondarily, as a result of these shared interests, and each user is responsible for observing and checking in on the other accounts, as there is no traditional message board or chat room format. This also makes it difficult to clarify how many pro-ana sites are out there these days. In the past, a pro-ana LiveJournal group would clearly constitute as one, but now, it has become less clear. A sixteen-year-old girl complains about her weight on her Tumblr, and tags photos with “thinspo,” “depression,” and “skinny.” However, she also blogs fashion photos, kittens, absurd gifs, found pictures of beautiful food with such frequency that the reader figures she must be eating the stuff often, and raves about Miley Cyrus. It’s unclear whether this should be considered a pro-ana website, or simply a personal website with some elements of pro-ana culture. The DSM has given clear-cut boundaries on how to diagnose the disorder in individuals, but there is no handbook to help diagnose it online.

The translation of pro-ana communities from the language of the message board to these more image-based aggregation platforms is a tragic variable in the world of social media. With the rise in fluidity, flexibility, and simplicity, communities are no longer bound by a single website. There are, of course, doubtlessly still chatrooms and closed pro-disorder groups in the dustier corners of the Internet, but the ease with which the community has adapted its rationale across platforms is worth noting, particularly in light of the subculture’s habit of reinterpreting existing medical terminology. The anonymity that once proved seductive for so many is beginning to dissipate. Imagine everything you did online before, say, 2003: hundreds of little miscellaneous dots in cyberspace. In 2012, you have added more points to the constellation: dots for what you like to eat, for your sense of humor, for your dating preferences, for the images that surround you in daily life, for the images that you find solace in, for the news you read, for the music you listen to. As we begin to connect all these pieces, all these tiny fragments have begun to come together in a single image. When one piece of the puzzle is lost, it’s scarcely a challenge to find some way to reconstruct it. We all play by the same rules the pro-anorexics do. When a piece of your identity vanishes, you find another website and rebuild it. You rebuild it stronger than it ever was before.