How for-profit schools get rich

A new report details their excesses -- including an average CEO salary of $7.3 million 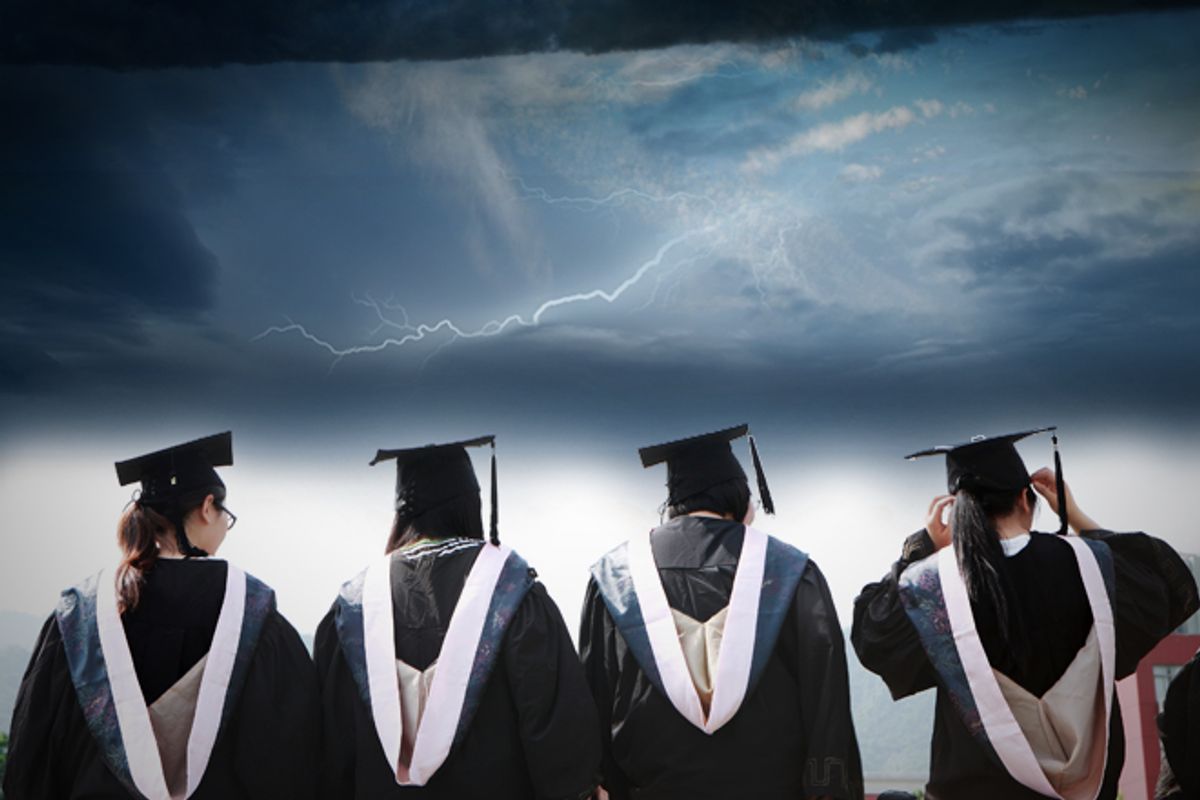 You've got to love congressional understatement. Sen. Tom Harkin released a massive report lacerating the for-profit college sector on Monday -- the freshest, most comprehensive look yet at how career schools are abusing both American taxpayers and students. The report includes individual breakdowns of the numbers at 30 of the biggest for-profit schools, including Corinthian, which was the subject of a Salon feature two months ago.

Although Corinthian College Inc. offers primarily Certificates and 2-year degrees, the company’s tuition prices are among the highest the committee examined. This forces many students to both borrow the maximum available Federal financial aid and to take on additional private debt. The student withdrawal rates for the Associate programs are among the highest analyzed by the committee staff and the withdrawal rates for the Certificate programs are above the sector average. The company also had unusually high rates of students defaulting on student loans during the period examined. It is unclear that Corinthian delivers an educational product worth the rapidly growing Federal investment taxpayers and students are making in the company.

Another neat tidbit from the report. Many of the schools in the Corinthian network are accredited by the Accrediting Commission of Career Schools and Colleges (ACCSC). The current chair of the ACCSC is the executive vice president for operations at .... Corinthian. Tidy!

Here are some other observations from the report characterizing the entire for-profit sector.

There's only one conclusion you can come to: There's nothing unclear about the story. For-profit schools -- which generate at least 80 percent of their revenue from government student loans -- represent a huge waste of taxpayer money.

The report calls for a "realignment" of incentives that would tie federal funding to student outcomes. Schools with high dropout and default rates would no longer be eligible for government aid.  Higher education watchers applaud such goals. But perhaps the most depressing part of the report -- at least judging by the executive summary -- is that there is no mention that recent efforts by the Obama administration to crack down on for-profit abuses have been watered down by lobbyists and blocked in court.

Which means that even as government cuts back its direct support of higher education, taxpayer dollars -- in the form of student loans -- are being diverted to for-profit institutions that then use that cash to lobby against regulations designed to ensure college students get a decent education and have a fighting chance to pay back their loans.

Again, there's nothing "unclear" about that travesty, at all.