Jonah Lehrer throws it all away

Why does a "young genius" risk everything by making up quotes? A better question is why we coddle young male genius 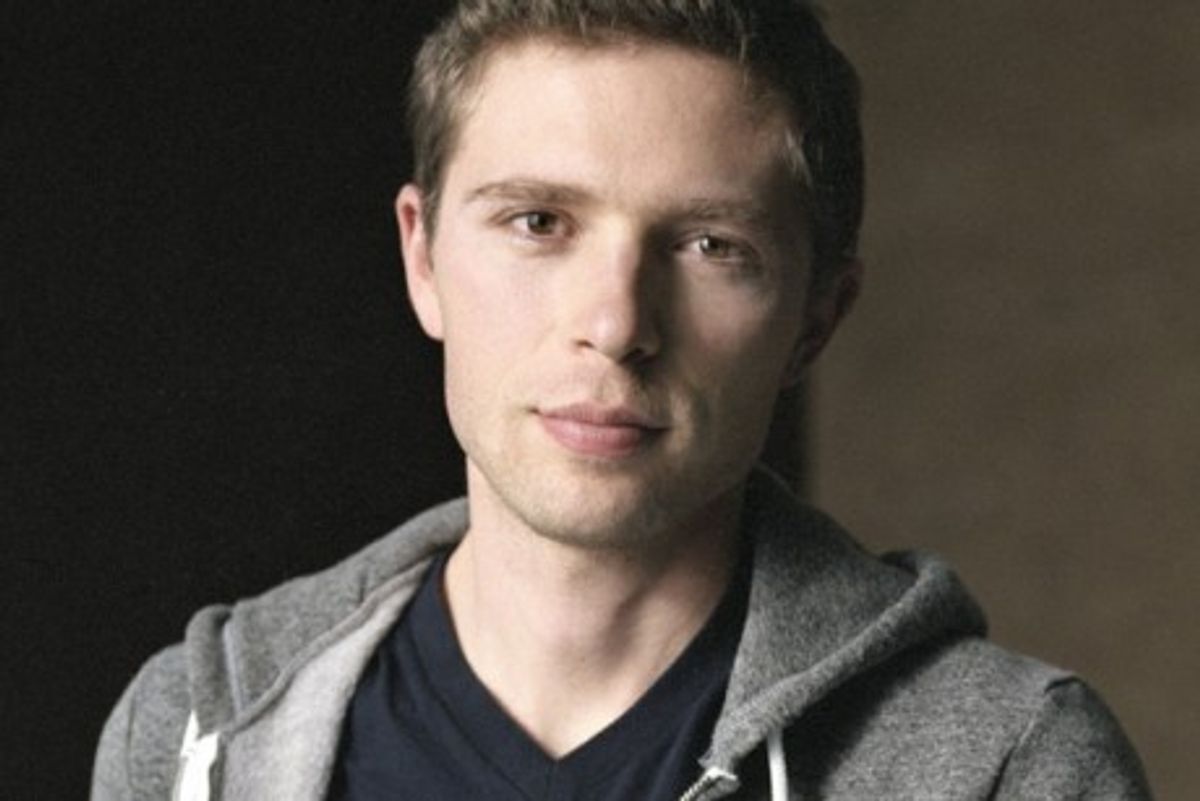 This is what we know. In June 2012, Jim Romenesko noticed that Jonah Lehrer’s Frontal Cortex post had repeated content he had written for The Wall Street Journal in October 2011. Others, including Jacob Silverman and Ed Champion, uncovered more instances of self-plagiarism. Lehrer apologized, saying it wouldn’t happen again. He took his lumps but kept his position as a staff writer for The New Yorker as the magazine assured readers the mistake would never happen again.

Lehrer’s self-plagiarism sparked a heated conversation. He was so bright, so talented, so creative. How could a man with a mind like his self-plagiarize? Was he self-destructive? Was he succumbing to the pressure? Pundits came up with any number of answers to try and make sense of what was, at the time, a misstep -- but certainly one from which a good journalist can recover. There are, after all, worse things than a writer recycling content he has written.

There is a cult of bright young things, a cultural obsession with genius, a need to find beacons of greatness in an ordinary world. In a December 2002 article in The Atlantic Monthly, Marjorie Garber writes, “At this point in history genius has become a commodity, an ambition, and even a lifestyle.” She also notes that, “Deep within us lies a certain strain of longing for genius, a genius worship, that might be described as messianic: the hope that a genius will come along to save us from our technological, philosophical, spiritual, or aesthetic impasse.” When young people display remarkable intelligence or creativity, we are instantly enamored. We want or need geniuses to show us the power and potential of the human mind and we’re so eager to find new people to bestow this title upon that the term and the concept have become quite diluted.

Is Jonah Lehrer a genius? A prodigy? He is only 31. His first book was published at 26, and than another one two years later, followed by "Imagine," a bestseller, which was published this year. Lehrer is (or was) a widely sought after speaker with a highly coveted job writing for The New Yorker. He has given a TEDtalk. He is, from what I have read, a man of big ideas and startling insight. Do these accolades cross the threshold for genius? Many seem to think so.

The boy genius stumbled when he plagiarized himself but for the most part, people seemed willing to forgive his mistake, with all kinds of explanations about the pressure to produce content and so on. We want to forgive bright young things. We want to believe they are as bright as we need them to be.

In the days following the news of Leher’s self-plagirism, there was schadenfreude, there was sympathy. Then there was something else to care about. The story was over.

Then yesterday, journalist Michael C. Moynihan revealed that he had discovered several undocumented quotations from Bob Dylan in the first chapter of "Imagine." After weeks of lying and misleading Moynihan, Lehrer finally admitted the truth and resigned his position at The New Yorker. There was a volley of statements from several people having a very bad day. Lehrer apologized and admitted he had lied, confessing, “The lies are over now. I understand the gravity of my position. I want to apologize to everyone I have let down, especially my editors and readers.” Houghton Mifflin, the publisher of "Imagine," has put the book on hold as they try to figure out how to salvage what they can, if anything, from this mess. The e-book has been pulled from online retailers. David Remnick, editor of The New Yorker, said, “This is a terrifically sad situation, but, in the end, what is most important is the integrity of what we publish and what we stand for.”

Everyone is sad and concerned and sorry but there are even more questions.

How did Lehrer think he could get away with making up quotations from a singer who is still alive, notoriously reclusive, and obsessively followed? In the age of the Internet, when everything is just a click away, how did Lehrer think he wouldn’t get caught, both when he plagiarized himself and again when he simply lied over and over? What else is fabricated in his books? Does he think that little of his audience? Why didn’t Lehrer disclose his Dylan fabrications when the first instance of dishonesty was discovered in June? What was the past month like for Lehrer, waiting for that other shoe to fall? It must have been agony knowing just how far he had yet to fall. It must be agony, now, for Lehrer to face what he has thrown away.

The media is part of the problem. Consider how journalists have referred to Lehrer. At NPR, he is a “superstar science writer.” At Tablet, Lehrer is referred to as a “celebrated journalist.” In a Boston Globe article, Lehrer is a “rising star.” The New York Daily News refers to Lehrer as a “promising young pop-science writer.” In the Chicago Tribune, Lehrer is a “seemingly prodigious young writer.” The Atlantic calls Lehrer a “wunderkind writer.” The lavish descriptors go on and on and on as journalists try to find just the right words to capture Lehrer’s promise, his genius, his place as prodigy, to remind us that in that young man, there is (was) greatness.

Coverage of Lehrer’s work has always been this eager and breathless and adoring. He has fallen from grace but he was lifted to that place from whence he fell by a great many hands, including his own.

In the coming weeks, there will be a lot of talk about how people are enjoying this remarkable fall from grace. There will be more talk of schadenfreude and empathy. There will be talk about professional envy as if the nature of success is such that Lehrer is taking someone else’s place. There’s nothing to enjoy here. Moynihan, who broke the story, takes no pleasure in what has happened and will continue to happen to Lehrer in the coming days and weeks. In an interview with The Observer, Moynihan says, of watching how this is playing out, “It’s a horrible, horrible feeling, and that’s not to mitigate what Lehrer did, and what he was guilty of.”

The only writers who are gleeful about Lehrer’s downfall are writers with nothing else to say. We’re all fallible. Many writers have, can, and will find themselves in similar circumstances as Lehrer. To be a writer, a public intellectual in this day and age, means needing to constantly produce content that is timely, lucid and compelling. There’s barely any time to think and process and generate fresh ideas. Stories grow stale in less than a day because the Internet is always moving forward, hungrily, in search of the next story, the next trend, the next think piece. You have to keep up or you will get left behind. Anyone could find themselves in Lehrer’s shoes.

The question isn’t really why did Lehrer fabricated those Dylan quotations and then lie about it nor is the question why did he plagiarize himself time and again in his highly visible position as a staff writer for The New Yorker. The question that intrigues me most is how this happened at all, how Lehrer was elevated to a position of such prominence. Are we that enamored by bright young things that they can act with impunity?

Lehrer’s success and this current humiliation, how far he had to fall, is a symptom of a much bigger problem, one that is systemic, one that continues to consistently elevate certain kinds of men simply for being a certain kind of man. Jonah Lehrer fits the narrative we want about a boy genius. He is young, attractive and well educated. He can write a good sentence. He can parse complicated science for the masses and make us feel smarter for finally being able to understand the complexities of the human mind. He is the great white hope.

Lehrer certainly didn’t create this system, but he didn’t challenge the way it coddled him, either. That system is working overtime right now to justify what Lehrer has done, to vouch for his intelligence, his personality, his struggle, his genius, to explain how this debacle happened in ways that completely absolve the system and allow it to remain intact. This is how it works when you’re part of the system. When you’re not part of the system, when you’re a woman who self-destructs so spectacularly, for example, the system works overtime to excoriate, to shred all dignity. The system still stays intact.

No, there is nothing to enjoy here, nothing at all. It is all a crying shame -- though some of us are crying for different reasons.

This is also about entitlement. Only entitlement can explain why someone would choose to lie in plain sight. For whatever pressures Lehrer faced, there is no ignoring that he plagiarized himself and fabricated quotes from Bob Dylan (Bob Dylan of all people!) because he could. He had the position and the power and he wielded both, to great effect. The people who put him in this position never questioned him because to question Lehrer would be to question themselves. Few want to look in that mirror.

Lehrer may or may not be a genius, but we wanted him to be one. We wanted him to do right by the narrative he is a part of and to be a bold part of the system that helped make him. For a while, Lehrer did his best, with his sharp haircut and designer glasses and confident talk about how we think and create and imagine. We probably also lost sight of the difference between a spokesperson and what is actually spoken. As Garber also notes in her Atlantic Monthly article on genius, “If we remind ourselves that what is really at stake is creativity and invention; if we can learn to separate the power of ideas from that of personality; then perhaps we will be less dazzled by the light of celebrity and less distracted by attempts to lionize the genius as a high-culture hero — as essence rather than force.” The cult of personality, of bright young things, is dangerous. It blinds us. We keep getting further and further away from ideas, from great writing that is nurtured and thoughtful because we’re more interested in the men behind the ideas.

There are those who will say Monday was the day of Jonah Lehrer’s fall from grace, but he is a product of a system that encouraged and enabled his behavior. This is about sowing and reaping. That same system will help Lehrer find redemption. At some point in the future, not too long from now, there will be a book deal. Jonah Lehrer will flagellate himself publicly to our satisfaction, explaining the how and why of his deceptions and fabrications. His phone will start ringing again because he’ll still be an intelligent young man who fits the genius narrative so well. Slowly but surely, Lehrer is going to start climbing back toward grace and he’ll reach it because he’s part of a system that is too big to fail, that very much wants men like him to get back to grace.