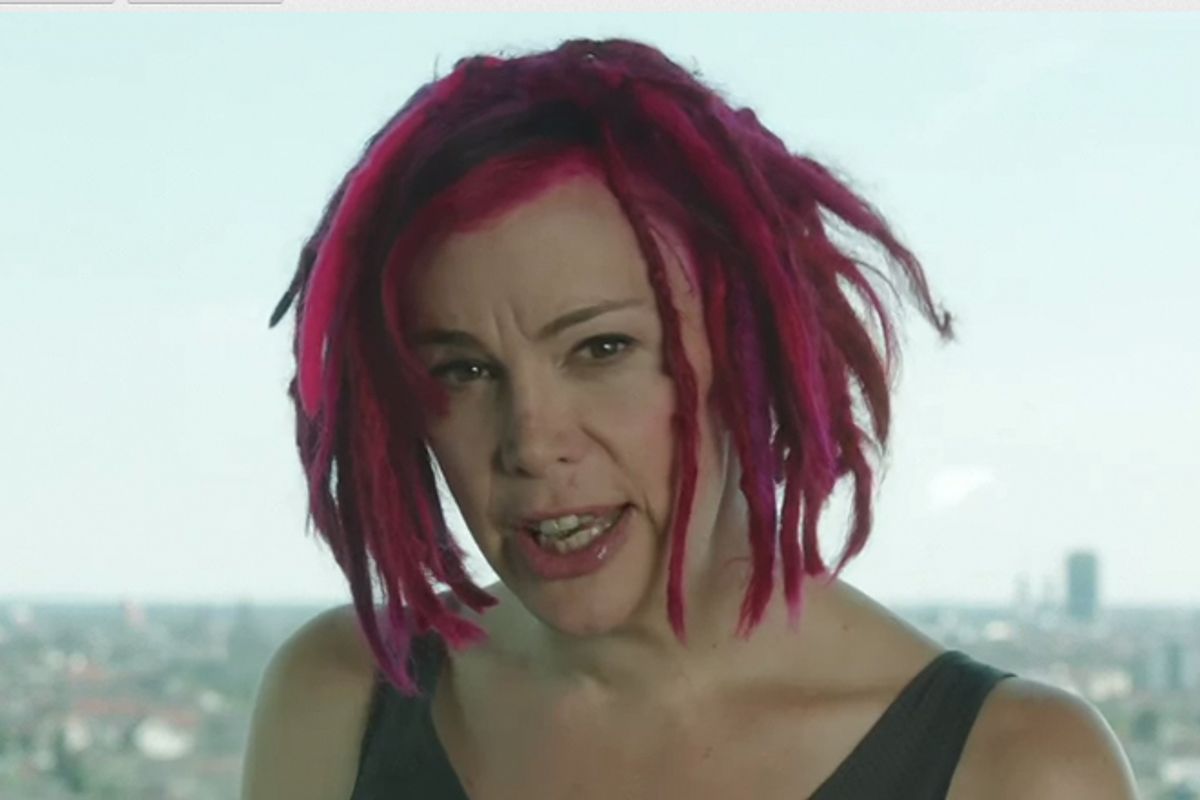 Perhaps the most interesting thing about "Matrix" co-creator Larry Wachowski's gradual transition into Lana Wachowski is the fact that nobody seems all that interested. There are some specific reasons for this, to be sure: Despite the popularity of their films, the Wachowskis have always been private people, and most moviegoers couldn't pick either Lana or her brother Andy out of a police lineup. To Wachowski fans and film-industry insiders, Larry's likely trajectory toward gender reassignment had been clear for quite a few years. He began adopting an androgynous or feminine appearance nearly a decade ago, after separating from his wife, and then announced his intention to become a woman. He evidently completed the process during a hiatus after the completion of "Speed Racer" in 2008, the last film to credit the "Wachowski Brothers" as writers and directors.

Most of the anticipation surrounding "Cloud Atlas," the forthcoming film adaptation of British writer David Mitchell's literary blend of sci-fi and experimental fiction, which was created by the Wachowskis and German filmmaker Tom Tykwer, is about what we'll get to see on-screen. That's as it should be, because "Cloud Atlas" looks like one of the weirdest and most memorable movies of 2012, with numerous nested narratives and an all-star cast -- Tom Hanks, Halle Berry, Hugh Grant, Jim Broadbent, Hugo Weaving -- playing multiple roles. As this eye-popping extended trailer suggests, the Wachowskis haven't lost their eye for visionary spectacle (or their taste for grand, abstract concepts), and I'm cautiously optimistic to see them moving back toward independent, adult-oriented cinema after the slow decay of the "Matrix" franchise and the baroque debacle of "Speed Racer." (We can discuss that movie some other time: There are many things to admire, but sitting and watching it is exhausting.)

Still, this two-minute video chat, in which Tykwer and the Wachowskis discuss their highly unusual collaboration, marks Lana Wachowski's quiet coming-out party -- and that deserves its own moment of quiet celebration. It would be different if the Wachowskis were actual celebrities, as I've already said, but still: A major creative figure in the film industry has changed genders, midway through his-her career, and it's not especially big news. It's easy to grow disheartened about the direction of American society (for ample and good reasons), but let's give ourselves a little credit here. Transgender people still face all sorts of prejudice and numerous difficulties, especially when they're not rich and famous. But as all aspects of the LGBT movement have permeated mainstream society, the idea that some measurable percentage of the population feels that they were born with the wrong equipment or assigned to the wrong category is no longer novel or shocking. Most of us are OK, most of the time, with the idea that what goes on inside your bedroom or under your clothing is simply none of my damn business. (Unless, y'know, you've invited me in and it's like that.) That's a big change, and a kind of wonderful one too.

Larry is now Lana, and the sun did not fall from the sky, and it's only natural that we're all a little curious to see her. (I dig the hair!) The pronouns on IMDB and Wikipedia have been changed, and now she can get on with making more dazzling, puzzling and often frustrating movies, full of automobile crashes and philosophical question marks. It's a victory for privacy, decency and liberty -- a tiny victory, but still a victory -- in a time that seems bereft of them.