A Romney flack explodes after the campaign's most inane question. This is what Mitt gets for freezing out reporters 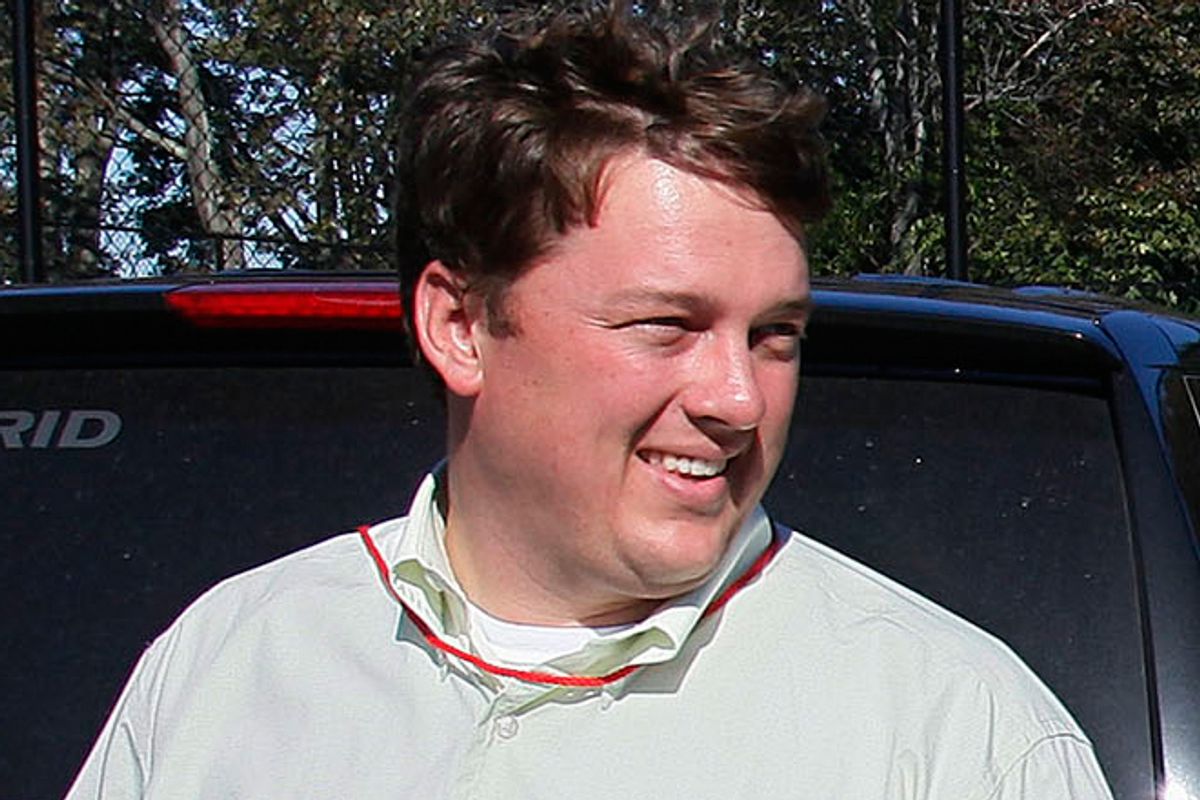 Oh no, someone hurt the traveling campaign press corps' feelings! Here's a portion of CNN's transcript of a constructive dialogue between Romney traveling press secretary Rick Gorka and the reporters following his boss on his trip to Poland:

CNN: "Governor Romney just a few questions sir, you haven't taken but three questions on this trip from the press!

NYT: "We haven't had another chance to ask a question..."

Gorka: "Kiss my ass. This is a Holy site for the Polish people. Show some respect."

Then Gorka told Politico's Jonathan Martin to "shove it."

"Kiss my ass" followed immediately by "show some respect" is a pretty classic line -- with a more colorful vulgarism it'd be worthy of "The Thick of It" -- and I obviously have no problem with anyone telling Politico reporters to "shove it." One of the questions shouted at Romney before Gorka lost it was "what about your gaffes?"

As Erik Wemple points out, the reporters are asking dumb questions because Mitt Romney won't take any questions, at all. He does not talk to anyone who isn't a Fox TV host (or very rarely a TV host from a major network). This is because he is running a campaign based in part on not ever being pinned down on any specific policy or former stated principle, and also because when he speaks extemporaneously he says stupid things, and the stupid things then become fodder for the giant carnival of triviality and bullshit that is the news cycle (which everyone blames on "The Internet" though it's the cable news networks that replay the same idiotic clips over and over and over and over again). So it's better to just not ever take questions, from anyone. And that is a strategy -- treating the press like garbage -- that is surprisingly low-risk.

The fact that the national media have now made Rick Gorka's outburst into a story is going to make Rick Gorka a right-wing folk hero. Even casual news-followers not particularly devoted to conservative anti-media campaigns will likely sympathize with Gorka's exhortation to show some respect at a memorial for war dead. Especially when the questions he was being peppered with were so stupid. Not many people sympathize when reporters demand more access to candidates, even when reporters are totally right to do so. (Think of every TV show and movie ever involving a scene in which a large crowd of reporters is shouting a bunch of questions at someone. Is the audience's sympathy ever supposed to be with the large crowd of shouting reporters?)

In freezing out the press corps, Romney is following Obama's lead -- this administration has effectively ended the open-ended presidential press conference -- because hating the political press is more or less bipartisan these days. But outright hostility to reporters is still more of a Republican game, and I can't imagine this doing Romney any harm. (Gorka apologized, of course, but that shouldn't much hurt his new hard-man rep.)