Is Adidas exploiting its workers? 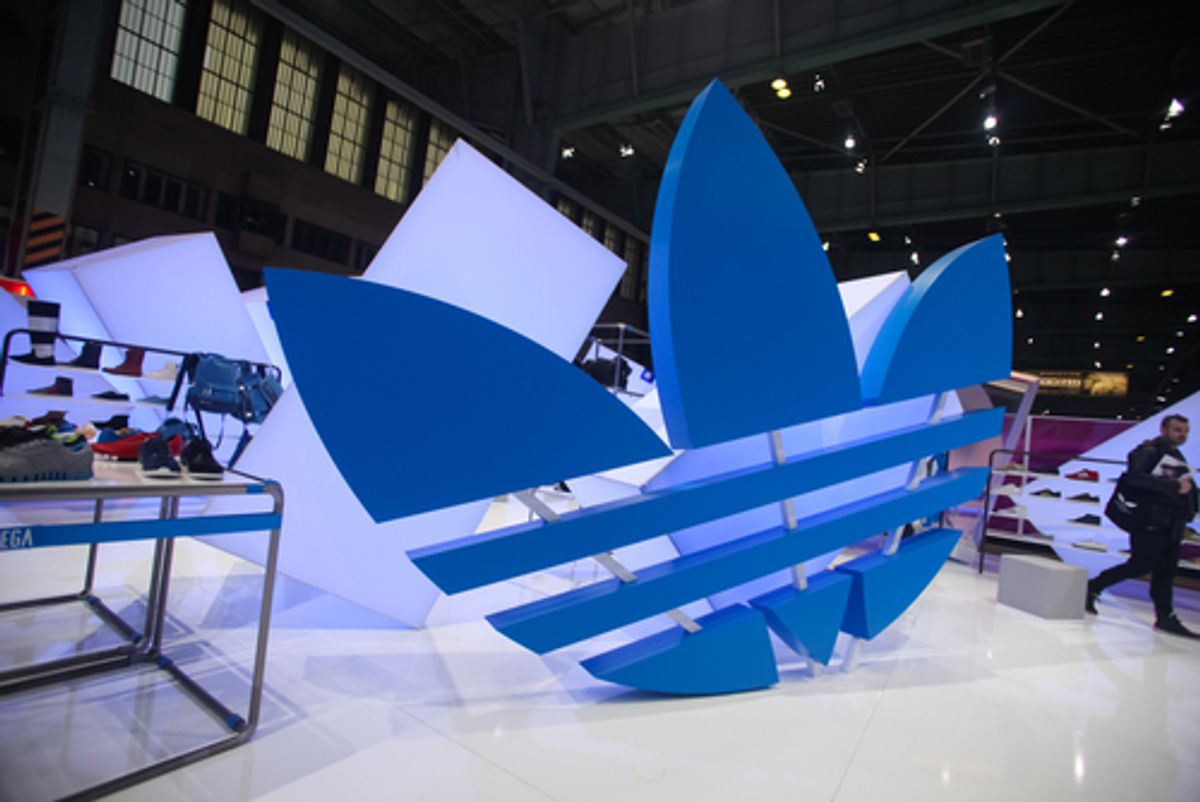 She has been sewing clothes at Shen Zhou for a little less than a year, but is unaware that the company, which produces Olympic merchandise for sportswear giant Adidas, is currently under investigation over allegations that it short changes its workers in places like Cambodia.

The London Organizing Committee for the Olympic Games (Locog) is conducting the investigation in response to a July 14 Daily Mail article, claiming Adidas is in violation of an agreement with Locog that merchandisers must pay workers a sustainable living wage. Full of quotes from Cambodian workers, the article contrasts their seemingly meager earnings with the relatively high cost of a single Adidas Olympic garment.

But Phalla, 33, doesn't fit the profile in the Daily Mail article. She says she's happy with the working conditions at Shen Zhou--a rare statement for Cambodia’s garment industry, where long hours and low pay are the norm.

“I have worked in many factories before, about five of them, but I like it here best,” says Phalla. “It’s good here.”

Phalla and her co-workers receive living, transportation and attendance benefits at Shen Zhou that add up to about $30 to their legally mandated wage of $61 per month, she explains. It may not sound like much to the average American, but in Cambodia--one in four people (22 percent) now living on less than $1.25 a day, according to the World Bank--the money goes further.

“If I work two more hours everyday, I get about $120 each month,” she says, noting that factory management caps overtime at those two hours. But previous jobs were much different, Phalla remembers: “Some factories would force us to work until 9 pm.”

Locog isn't ready to take Phalla at her word. “We have an independent party monitor that we work with and that we are speaking to,” Lloyd Evans, a Locog press officer, told GlobalPost last week. “We take these things very seriously.”

Meanwhile, Adidas spokesmen have pushed back against the allegations, saying that workers at Shen Zhou take home an average of $130 a month--more than double Cambodia’s minimum wage.

“We have made a commitment to Locog to fulfill their Sourcing Code, which includes ensuring our suppliers pay the proper and legal wages. This we have done,” said William Anderson, Adidas’ head of social and environmental affairs in Asia Pacific, said in an email.

Sorn Chanthou, who has worked in three other factories, said that her monthly take-home pay at Shen Zhou often exceeds $130, depending on overtime and productivity. She can earn more if she completes more garments, she says.

“Sometimes when I work overtime, I can get $150 to $160 a month,” says the 25-year-old. “I like it here more than other factories because the work conditions are good and the pay is better.”

This sentiment from Shen Zhou’s workers is not often heard in the country’s garment industry, which currently employs about 336,000 workers. Textile and shoe exports overseas may have surpassed $4 billion in 2011--dwarfing 2010’s total of $2.88 billion--but factory strikes have doubled as well. According to figures from the International Labor Organization (ILO), more than 36,000 workers participated in 27 strikes between November and April, with most workers demanding increased wages and benefits.

To stem the protests, the Cambodian government and factory owners on July 11 agreed that workers would receive a monthly transportation or housing benefit of $7 beginning in September, and an additional $3 in wages if they did not miss a day of work. This is meant to supplement the $61 minimum wage, a $5 health benefit and the $7 attendance bonus Cambodian workers already receive.

“It doesn’t look at the context of poverty in Cambodia. It doesn’t look at what the average Cambodian earns,” she says. “It’s better here than in other countries. In Cambodia, the garment industry is genuinely slowly alleviating poverty. Because of the towns the workers are coming from [and sending money back to], they are working for 2 million other Cambodians.”

However, Dave Welsh, country program director for the Solidarity Center in Cambodia, an affiliate of AFL-CIO that advocates worldwide for labor rights, says that the main point of contention lies between a legally mandated wage and a living wage, which would provide workers with a suitable standard of living while also allowing them to save for the future.

By continually insisting that the workers of their supplier factory are being paid above the minimum wage, Welsh says Adidas is missing the point.

“The Olympics is their main cash cow. The good will of the PR and the financial benefits for them are incalculable,” he says. “Of course, everyone must pay the minimum wage, but the onus is on a living wage.”

According to local union leaders, an appropriate living wage for a garment worker is over $200, an amount supported by the Asia Floor Wage Tribunal held in Cambodia in April. Welsh says that since Adidas is drawing an $800 million profit, the brand should offer its workers a "few hundred dollars."

“As a PR gesture and a moral gesture, they should be providing this shiny model,” he says.

Reiterating that $130 is a high wage for a Cambodian garment worker, Kong Sang, deputy chairman of the Garment Manufacturers Association in Cambodia, which represents the country’s shoe and textile factories, remained doubtful that Adidas would concede on the living-wage issue.

“Whatever the brand is, no matter how big it is, they always count every single cent,” says Kong. “If the brands are willing to pay the factories more, the workers will get more. But the brands are concerned about their profits too.”