The swimmer and gymnast rewrote their own Olympics stories, turning frustration and tears into gold 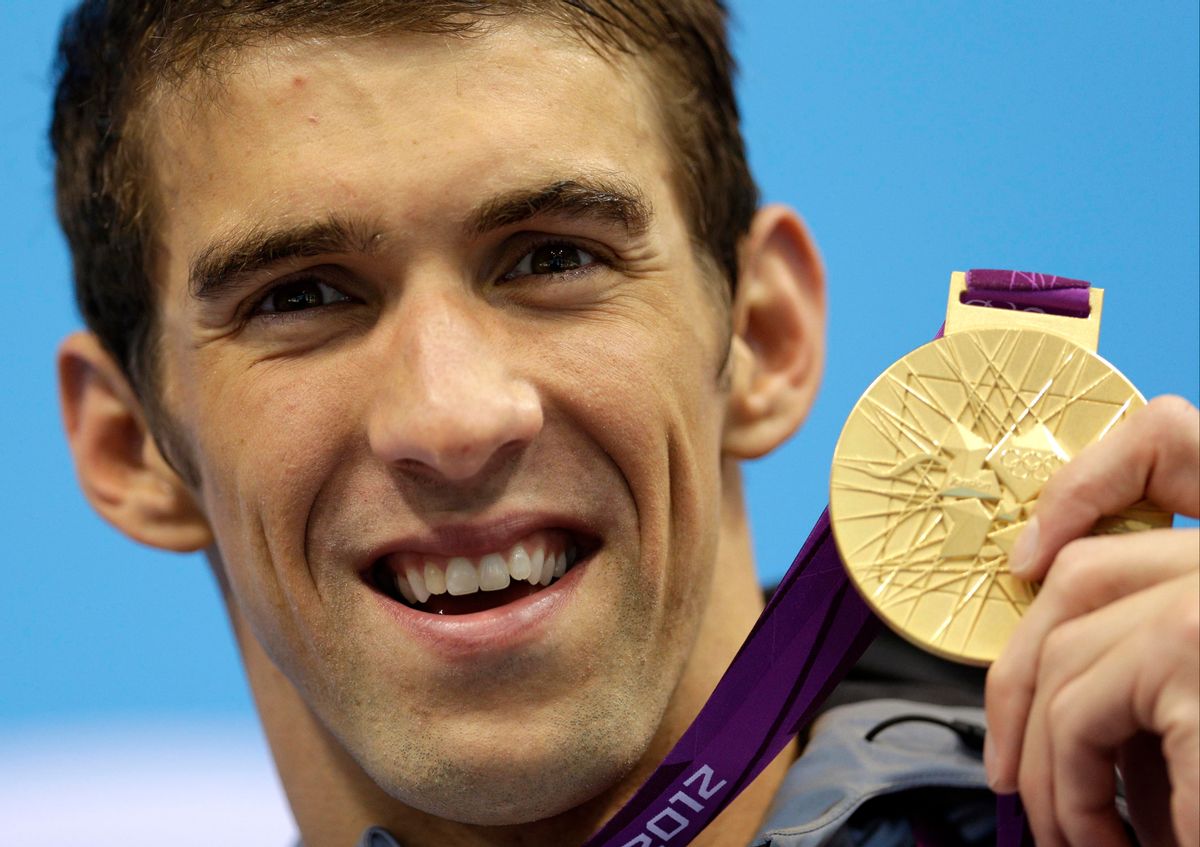 Gone were Jordyn Wieber’s tears, and the running mascara, magically replaced by an impish smile and a playful bite on an Olympic gold medal.

It was Redemption Tuesday at the Summer Olympics.

Two days ago, when Wieber missed her chance at the all-around gold in women’s gymnastics, it was cause for outrage. A travesty, some suggested.

Actually more like a tragedy. As in Act I.

In NBC’s prime-time Olympics, story is king. And queen. And Wieber’s travails merely served up a handy narrative.

“She may be going from the abyss to the mountaintop,” said Al Trautwig, who had been milking Wieber’s woes all evening long, as the U.S. stood on the verge of capturing the team gold. And when Wieber finally cashed it in with a solid floor exercise, the story had come full circle.

And cash in she will. Asked about Wieber’s prospects just after the preliminaries, gymnast-turned-commentator Dominique Dawes told USA Today, “It could cost her a couple of million dollars throughout her career, probably.”

Dawes, of all people, should know better.  She was part of the Magnificent Seven, the last American squad to capture women’s team gold in 1996. And while neither Dawes nor her teammates won the all-around, they’re just as famous — and rich — as any American gymnast this side of Mary Lou Retton.

Jordyn Wieber will be just fine.

As will Michael Phelps. Earlier in the evening, he swam his favorite event, the 200-meter butterfly. But he lollygagged through his turns and botched the finish, snatching defeat from seemingly sure victory. His mom, his coach Bob Bowman, and even NBC’s Rowdy Gaines all thought the man with the Size 14 feet had the race in the bag until the scoring system said otherwise.

Phelps looked like a man who had lost his mojo.

But it wasn’t anything that a three-second lead heading into the anchor leg in a relay couldn’t cure. France’s Yannick Angel, who hunted down Ryan Lochte in an earlier relay, cut that huge lead in half, but he ran out of time to catch Phelps. This instant redemption earned Magic Mike one more gold, and Phelps slipped past Russian gymnast Larissa Latynina to become the most decorated Olympian ever.

This model of tidy Olympic redemption may have been honed to perfection this week in London, but it can trace its roots to the 1972 Munich Games. Almost 40 years ago to the day, ABC gymnastics commentator Gordon Maddux sneaked a glance over at the practice area, and saw a tiny young Russian gymnast pull off a gravity-defying move on the uneven parallel bars that no one had ever seen before.  That then-unknown gymnast was Olga Korbut.

Maddux and the great Jim McKay latched onto Korbut’s story in an unprecedented way, a way that would, for better and worse, become a template for today’s Olympics coverage. Korbut came out of nowhere during those preliminaries, faltered spectacularly — and tearfully -- in the all-around, and made a triumphant comeback in the individual apparatus finals. To paraphrase McKay, it was triumph, turned to tears, turned to triumph. She won not only two golds and a silver, but the hearts of American fans who couldn’t identify the uneven parallel bars on a bet. Indeed, the playful Korbut probably did more to end the Cold War than Mikhail Gorbachev. Korbut’s melodrama, of course, played out only days before McKay’s landmark coverage of the Olympic Village hostage crisis, which would change the world of sports, and sports television, in a different and darker way. As for Korbut herself, the years after her Olympic glory were less than totally triumphant, culminating in a shoplifting arrest in 2002 involving $19.35 worth of food.

Where does Wiebergate rank among Olympic gymnastics controversies?  It doesn’t.

To see a gymnast — or two -- really get robbed, just rewind to the 2000 Olympics in Sydney. Russian gymnast Svetlana Khorkina lost the all-around because – get this — officials set the vaulting horse five centimeters too low. The winner? For a shining moment it was Andreea Raducan of Romania. But she was stripped of her gold medal because a team doctor gave her a cold medicine, which resulted in a positive drug test. Hearing Raducan’s appeal, the Court of Arbitration for Sport acknowledged that pseudoephedrine, the drug in question, had no performance enhancing effects, but they upheld the sport’s zero-tolerance policy anyway.

The gold was awarded to Raducan’s teammate Simona Amanar, who also tested positive for pseudoephedrine, but came in below the threshold probably because she was heavier than the tiny Raducan. Ironically, pseudoephedrine, which can be used in the production of crystal meth, was subsequently removed from the list of banned substances.

Wieber fans will find a delicious irony in the story of Tatiana Gutsu. In the 1992 Barcelona games, Gutsu was the star of the post-Soviet “Unified” team. But like Wieber, she faltered in the preliminaries,  finishing behind her teammate Rozaliya Galiyeva. But the Unified coaches fixed that: They convinced Galiyeva to withdraw from the competition with a fake knee injury. That left a space open for Gutsu, who nipped American Shannon Miller for the all-around gold.