"360": A globetrotting quest for bad sex

In the rootless thriller "360," a chain of smokin' strangers is united by painful, "Crash"-style coincidence 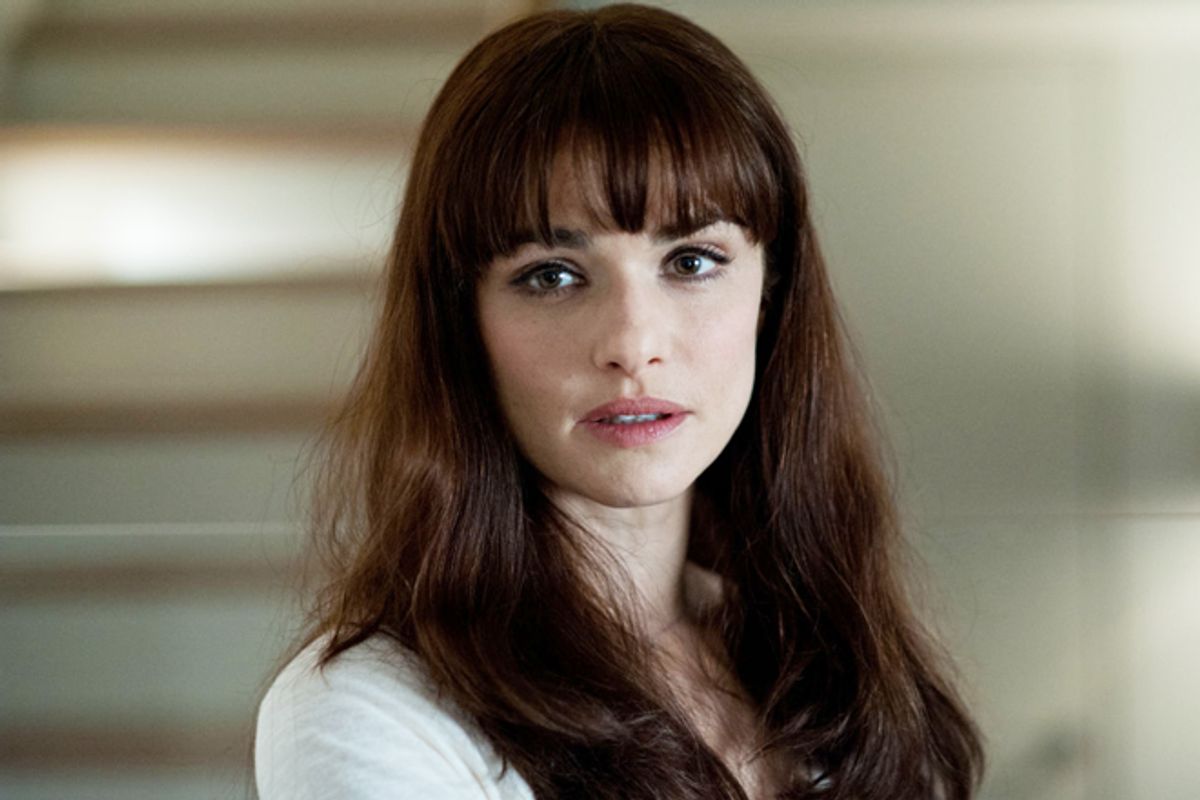 It’s easy to hate movies that are abundantly terrible or immoral or stupid, but I almost feel like a jerk telling you that Fernando Meirelles’ globetrotting drama “360” is a mistake from beginning to end. What kind of person could dislike a film made with such abundant craftsmanship in such a range of locations, with a talented international cast and a truckload of good intentions? Well, all those things are precisely the problem: “360” is a mid-level example of the enduring and mostly terrible genre whose classics include Paul Haggis’ Oscar-sweeping “Crash” and Alejandro González Iñárritu’s “Babel,” in which lustrous photography, impeccable production design, attractive actors and an excruciating chain of coincidence are meant to signal profundity and meaningfulness. We’re all connected, you see, as long as what you mean by “we” is good-looking people who hang out in hotel bars.

Within the first minute of “360,” we’ve watched the teenage hooker from Bratislava take off her shirt for the slimy, ponytailed Vienna pimp who promises to do something for her if she’ll do something for him – catch his drift, Schatzie? – in a scene that will either make you feel like a perv or a prude, or else like you don't want to care about any of these people and you might as well go home and play dominoes with your cat. We’ll meet those two again toward the end of the movie, as the chain of stereotypical characters in sexual crisis comes full circle. Like a lot of the people in “360,” the scumbag pimp and the heart-of-gold prostitute could be serviceable drama or thriller characters, if Peter Morgan’s screenplay (borrowed from Arthur Schnitzler’s play “La Ronde,” like about 30 other movies) were ever willing to settle itself in space or time. Instead we have to have a Parisian Muslim dentist who’s in love with a Russian woman whose husband is a mob apparatchik who gets ensnared by the aforementioned hooker after she’s been stood up by an English businessman whose wife is sleeping with a Brazilian boy-toy whose other girlfriend gets blasted and tries to rip the clothes off a freshly released sex offender in a snowbound airport after standing up a different Englishman who’s on his way to Arizona, perhaps to ID the body of his missing daughter, where I think (but am not sure) that the Russian woman from the Parisian dentist’s office shows up again.

This particular trend in star-studded Zen-tourist cinema pretty much demands a director with a solid track record, and almost never results in a decent movie. Let’s take a moment to acknowledge that ice-blooded Steven Soderbergh, in the international disease thriller “Contagion,” is one of the few to have pulled it off. Because he’s really mean! And he’s more interested in systems than in people! (You can also make an argument for Soderbergh's more celebrated “Traffic,” though I don’t think it’s half as good.) Maybe Meirelles’ enormous success with “City of God,” which earned multiple Oscar nominations and remains among the cinematic landmarks of this young century, taught him precisely the wrong lessons. Sure, “City of God” is a big-canvas production with high narrative ambitions, but it’s entirely about the web of relationships within one city and even one neighborhood.

There are exceptions to any rule about movies you might try to make, but most of the time, unless you’re making a Bond film or a “Mission: Impossible” sequel, the physical and cultural geography of a film are crucial elements. A director must understand the real or fictional spaces his characters inhabit, and there’s nothing to understand when we’re hopping from Vienna to Bratislava to Paris to London to Denver to Phoenix to wherever the hell else. Any time an individual scene, or even a moment within a scene, begins to acquire narrative momentum, we’re on to the next alcohol-fueled couple in the next anonymous setting. As a kind of corollary to this dislocation, every big-name actor is only in “360” for a few minutes, and only Jude Law and Rachel Weisz, as the adulterous, conflicted London couple, seem capable of restraining themselves from eating the scenery.

Arab-French actor Jamel Debbouze, as the Muslim dentist, and Ben Foster, as the child molester, are the hammiest offenders – and they’re both really talented! – but special mention also goes to Anthony Hopkins (playing the bereaved Englishman) in another of his 21st-century performances apparently transmitted by iPhone from the beach condo, in which he self-evidently could not care less. I’ve spent the last several years believing that Hopkins has become a terrible actor in his post-Hannibal Lecter years, but maybe he’s actually pursued his tremendous technique to a new level, embodying the Al Pacino principle that just because they turn the camera on and yell “Action” doesn’t mean you have to do anything.

As for the goofy New Age consciousness-raising stuff about how we’re all connected by love and lust and heartbreak and how a ladybug’s sneeze in downstate Illinois makes Vladimir Putin cry, sure, I’m willing to go there. But, first of all, you’re better off demonstrating that stuff in a less linear and literal way (and with fewer hot Brazilian chicks trying to gal-rape skinhead sex offenders). Second of all, that isn’t what Schnitzler’s “La Ronde,” primarily a commentary on the hypocrisy of sexual morality and class divisions, is about at all. This kind of movie claims to be questing for something essential about human nature, but its scattershot, speed-dating quality means that what it actually captures are the most superficial things. We’re all connected, dude – mostly because we’re all so damn hot.