Do Olympians get OCD?

Our latest rude question has been on your mind too: The quest for perfection must drive Olympians a little crazy 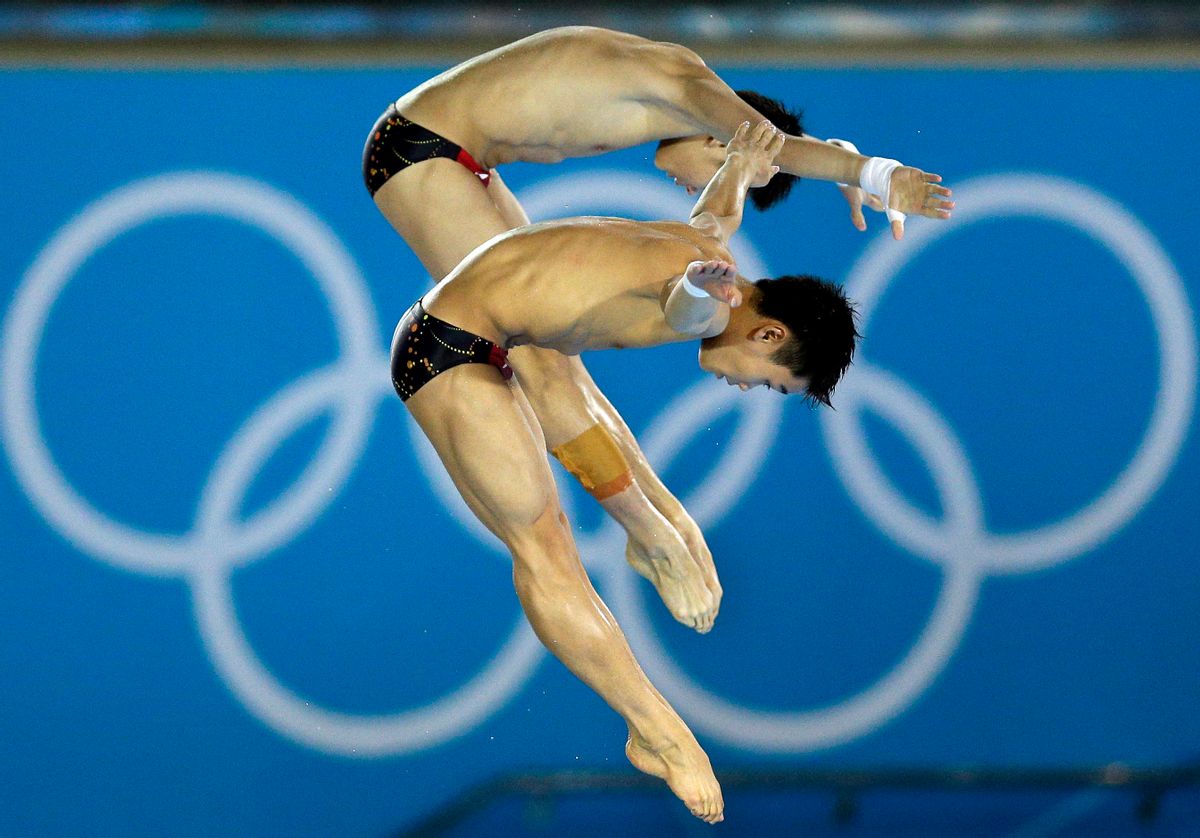 Watching all these synchronized divers, as well as the U.S. women’s gymnastics team victory this week, got us thinking. What sort of mental acrobatics does it take for a gymnast to stay on that 4-inch beam, to dive perfectly in unison with another person, or, for a sprinter to burst from the blocks at just the right moment? With the precision required of them, are elite athletes more prone to obsessive compulsive disorder than the rest of us?

Not quite, according to two sports psychologists who spoke with Salon. But the perfectionism and obsessiveness that tend to course through Olympians’ blood does leave them vulnerable.

“That obsessive compulsive person is awesome up to a point,” said Dr. Judy L. Van Raalte, a Springfield University sports psychologist who works with college and professional athletes. “You’re willing to train, to commit, and it feels comfortable to you; it doesn’t tire you out.”

Yet, just like anyone else, athletes do have weaknesses that can be triggered by stress – a theory called the diathesis-stress model of mental illness. Elite athletes confront distinct, sport-specific challenges, which can wreak mental havoc when presented in moments of extreme pressure, like Olympic competition.

“There’s a lot about a sport that’s out of people’s control,” said Raalte.

On competition day, athletes’ performances are influenced by a slew of unpredictable factors, from how well they slept the night before, to the order in which they compete. To compensate, some develop strict routines or adopt superstitions, which can provide familiarity and comfort. U.S. BMX cyclist Arielle Martin-Verhaaren told NBC she kisses her Tungsten ring, given to her by her husband, before every race.

“A pre-performance routine of putting on lucky socks can be good,” Raalte confirmed.

It’s only when an athlete’s rituals begin to interfere his or her their daily life and training that obsession has drifted into dangerous territory.

“The point at which it’s bad is when you feel terrible if you don’t put the socks on,” said Raalte.

Take Canadian diver Kelly MacDonald as an example of routine gone wrong. In 2009, MacDonald revealed that OCD had prevented her from competing in the 2008 Olympics. New Scientist reported that MacDonald’s pre-dive routine of “clearing her throat, tapping her leg and blinking at certain steps on her approach – eventually left her stuck on the diving board, unable to calm down.”

Ironically, MacDonald’s actions were likely beneficial at some point, making it difficult for her coaches to spot a problem.

“Someone who’s an elite athlete – obsessiveness is encouraged. Until it leaves you stranded on the diving board, not being able to move,” Raalte said.

When it comes to seeking help, athletes tend to try to tough it out, Raalte said. If they finally do admit to having a problem, the situation is often severe enough to require medication and therapy. Raalte said she’s helped athletes overcome OCD by having them write down their fears or set time aside to dwell on their anxieties.

“You’re allowed to think and obsess during this set time,” said Raalte. “It gives people a sense of control and they get better at managing it.”

So long as they don’t obsess over getting better, which some do, Raalte said. In such cases, she’s found it helpful to ask athletes how the obsessiveness is making them feel – usually not good. And since most are eager to resume training and competing, they’re open to any approach that might make them feel healthy.

Once they’ve retired from competition, athletes accustomed to obsessing over their sport face a new set of challenges, said Dr. Joel Fish, a sports psychologist for the Center for Sport Psychology in Philadelphia.

“I had a lot of post-Olympic athletes where that drive for perfection becomes so all-encompassing that when the goal is no longer there, that’s a major adjustment,” Fish said.

In addition to Olympians, Fish counsels the NHL's Philadelphia Flyers and the NBA's 76ers, as well as young athletes. His book “101 Ways to Be a Terrific Sports Parent” emphasizes the importance of helping kids develop interests and a social life outside of their chosen sport. Doing so can help athletes better readjust to post-sporting life, and let go of the obsession.

“Sport is so tricky because it demands perfectionism,” Fish said. “But if you’re a perfectionist, at some point the same traits that make you so good can kind of burn you out.”