The Romney campaign's communications office has its own platform at the Washington Post, thanks to Jennifer Rubin 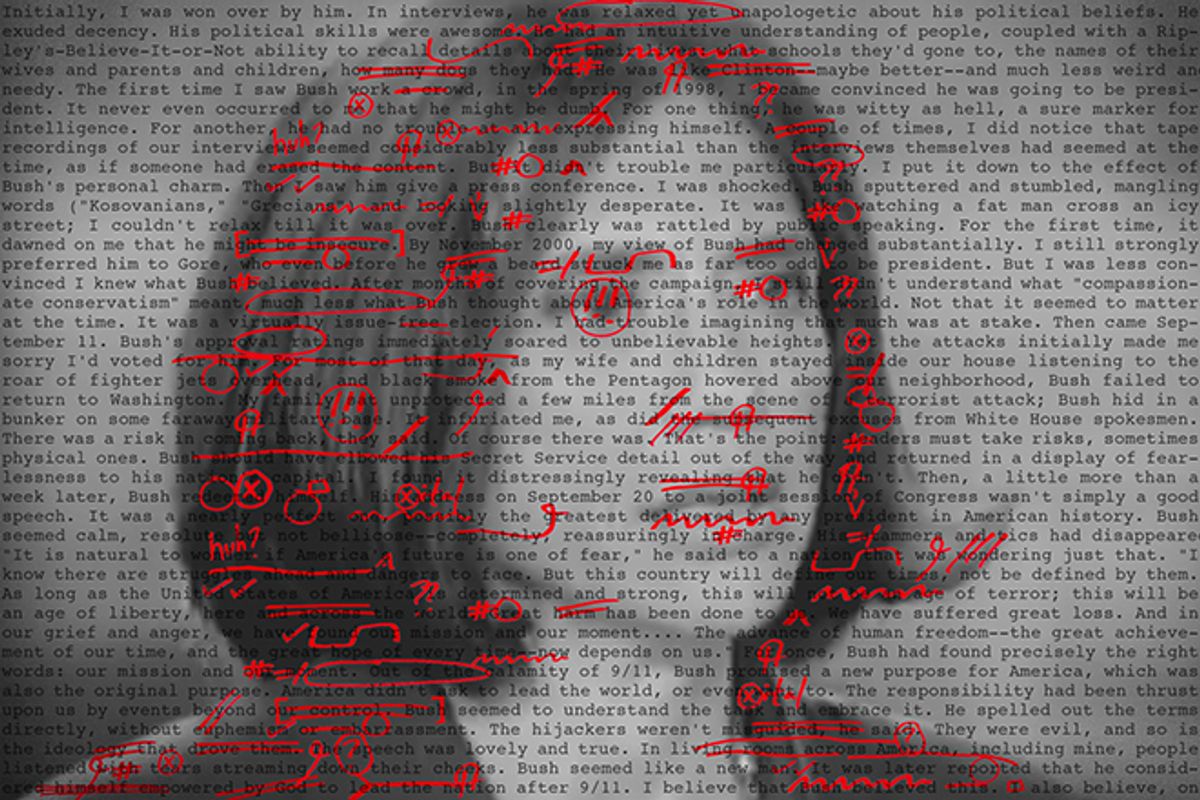 Reading Jennifer Rubin in 2012 makes me almost nostalgic for the days when Jennifer Rubin's writing was almost solely devoted to bloodthirsty vitriol against Arabs and any Americans who dared say a kind thing about Palestinians. Because the new Jennifer Rubin is something even lower than a reactionary columnist: Now she's just a shill. A boring shill.

In Jennifer Rubin, the Washington Post currently employs a semi-official Mitt Romney spokesperson. There's not another prominent media figure who is more shameless about acting solely in the best interests of a presidential campaign. Bill Kristol is at this point a more intellectually honest commentator than Rubin has become.

Rubin started her career in commentary late, after a career as a lawyer for Hollywood studios. She parlayed her unwavering devotion to the Israeli government line into a gig with Commentary, and after the Washington Post fired Dave Weigel for having incorrect opinions, they hired her, thinking that picking up an unhinged neocon would appease the right-wingers. (It didn't. Her sole political cause is Israel. She doesn't give a shit about the rest of the Republican Party platform.) Her late arrival in political journalism and rather sudden ascendancy to one of its heights helps give her work that delightful "fuck you" tone, free from the careful careerism of your typical fresh-faced pundit, but it also made her a rather easy mark for the Romney campaign. Having started off skeptical of the former Massachusetts governor, Rubin's now firmly in his corner, and all it really took was making her one of the few people able to get his campaign team to return phone calls.

Here's Ben Smith last year on the warm relationship between Boston and Rubin:

She has also been intensely courted, winning a rare interview with the candidate [Romney] after a recent foreign affairs speech, and the warm ministrations of his staff, whom she describes as “very helpful” and “the most professional of the presidential campaign staffs, because they are the most experienced.”

She is, needless to say, appreciated at Romney’s Boston headquarters.

“She’s quickly establishing herself as a must-read for conservatives following the 2012 Republican primary,” Romney advisor Eric Fehrnstrom said in an email. “She brings a lot of credibility and knowledge on the issues that matter, particularly as they relate to American foreign policy.”

It worked: Rubin methodically trashed each of Romney's primary opponents as they enjoyed their moments of ascendency against him. Eric Alterman noted how blatant the campaign got:

When Rick Perry appeared to be Romney’s main rival, she lambasted him in eight posts in a single day, according to Politico, and wrote sixty columns overall adding up to 38,722 words — including “sleepy,” “hostile,” “dreadful,” “provincial,” “cloying” and “buffoon.” When Newt Gingrich was the flavor of the month, Rubin termed him an “egomaniac” whose “hyperbolic rhetoric” would leave the GOP “(correctly) mocked.” When Rick Santorum was barely registering as the (even more) conservative alternative to Romney — but one who proved a useful hammer with which to beat Gingrich — Rubin wrote post after post singing his praises, noting that “in comparison to his opponents, [Santorum] has come to be seen as a practical politician rather than an ideological zealot.” Once Santorum appeared to be a threat to Romney, however, Rubin gave him the treatment previously meted out to Perry and Gingrich: the same fellow she had insisted was “no extremist” would likely be labeled a “‘wacko’ and ‘zealot’” by most Americans once they got wind of his positions, she now argued.

Her dedication to Romney led to some amusing moments of apparent cognitive dissonance. Rubin, Smith writes, has one bumper sticker on her car and it reads, "JERUSALEM IS NOT A SETTLEMENT. It’s Israel’s Eternal And Undivided Capital.” When Newt Gingrich was surging thanks to cash infusions from amoral casino magnate and far-right Israeli government supporter Sheldon Adelson, Newt Gingrich suddenly became a very hard-line opponent of Palestinian statehood. He called them an "invented people" and he promised to move the U.S. Embassy in Israel to Jerusalem. He began talking, in other words, like the sort of candidate Jennifer Rubin would support (she previously expressed disappointment that Bush administration vet and warmongering psycho John Bolton hadn't made a run for the nomination). Romney staked out a position slightly closer to the center (and closer to the bipartisan consensus in the United States for many years going) and declared himself undecided on moving the embassy. Jonathan Chait took great pleasure in Rubin's sudden moderate tone.

"As for Jerusalem, it really is time to stop promising something that the U.S. can’t and shouldn’t deliver unilaterally," she wrote, in direct opposition to everything she'd ever written on the subject before. Romney has now, of course, come around again: He has made the pledge to move the embassy, and Rubin, predictably, has returned to her initial position.

She also regularly uses her blog as a space for the Romney campaign to push back against stories her own newspaper prints that she and Romney don't like. When the Post refused to retract its story on Bain Capital and outsourcing (or as Rubin puts it, "purported outsourcing"), Rubin just printed a full statement from the campaign detailing its complaints. Then she added: "If accurate, it is a devastating rebuttal." And she concluded by praising a recent Romney campaign hire.

When the Post printed its illuminating (and well-reported) sketch of Romney as a young man, including an incident of apparently homophobic bullying, Rubin performed the rapid response herself:

Now wait a minute. Is this an act of anti-long hairism or anti-gay? There’s certainly more evidence of the former, yet this decades-old incident is run amidst news on the president’s shift on gay marriage.

(To answer her question, yes, Romney's classmates remembered attacking the kid for being effeminate.) Rubin went on to ask "What is the point here?" and accuse the Post of refusing to report on Obama (or run the anti-Obama stories she wants them to run).

Sometimes she engages in pure, unfiltered up-is-downism in defense of Romney, such as when she attacked the entirety of the press for noting that Romney has a vague (nonexistent) immigration policy (besides his primaries promise to veto the Dream Act). According to Rubin, "Mitt Romney came out with his own immigration plan, which was broader than the president’s." ("Where is Obama's solution?" she then asked. Well, it was killed in the Senate but it's still on his website.)

Before Romney's trip to London, Rubin wrote, in a post hilariously headlined "Obama team nervous about Romney overseas trip" (half her campaign posts are variations on this headline -- Obama is ALWAYS panicky in the face of the brilliant, canny, ascendant Romney campaign), "The Obama campaign can’t bear the thought that the well-traveled Mitt Romney will make a nice impression on his overseas tour."

They needn't have worried! We remember the impression Romney made in the U.K., at least, where the nation's two most prominent Conservative politicians ended up publicly denouncing him. The result: Rubin decided that she hated David Cameron and his stupid Olympics. She never actually mentioned what happened with Romney in London. Reading her blog you'd assume he had a brief layover at Heathrow before flying off to Israel. Like a Pravda editor, if it's not good news for Romney it's not news to Rubin. (Thankfully most things can be made into good news for Romney.)

Oh, and if you missed Rubin's interview with Ann Romney following that incredibly stupid thing with Hilary Rosen, you are in for a treat.

This may be the first presidential campaign in which the spouse is more helpful than the VP. It’s hard to imagine Rep. Paul Ryan (R-Wis.) or even Sen. Marco Rubio (R-Fla.) being as relentlessly on message, cheery and disarming. As difficult as it is for Romney to bond with voters, he has the benefit of a wife who is doing that better than any candidate on either ticket.

Ann Romney: most wonderful woman alive, or simply the kindest and most gracious?

This week she boldly attempted her defense of Romney's "culture" comments in Israel (the old Rubin would've just agreed that Palestinians have an anti-success culture but this Rubin wants Romney to get elected, which means appearing more "moderate") by attacking reporters for claiming that Romney had made any sort of comment on Palestinian culture at all.

“Out of context” also doesn’t mean “you said something I didn’t say.” The latter is a lie or misreporting. Mitt Romney, for example, never said the phrase “Palestinian culture.”

Well, no, he didn't use those words in that order, but he ... was talking about the culture of Israel versus the culture of ... the Palestinians. (Which Romney sorta supported with his whole Corner blog post about how the Palestinians should wish themselves some "freedom.") There's honestly no way to read Romney's statement without coming to the conclusion that he was privileging Israeli "culture" over Palestinian "culture." (OK, there's one way, and that's to be a shameless shill!)

The "misreporting" charge comes from her beautiful post demanding that people (liberals) stop complaining when other people (Republicans) purposefully twist (or misleadingly edit!) remarks in order to make attack ads and gin up controversy. She no longer wants anyone (Obama) to complain about being taken "out of context," because only Jennifer Rubin can determine whether or not something was fairly quoted. Her argument is essentially that it's fair to "misconstrue" President Obama's words but unfair to paraphrase Romney.

For a "conservative blogger" Jennifer Rubin isn't particularly conservative. She doesn't really care about social issues at all and has never evinced much interest in the tax code or environmental issues or immigration or even foreign policy not related to Israel. What she is is a committed Mitt Romney supporter, which is a very silly thing for a newspaper, and not a campaign, to have on its staff.