19 Democrats in the House broke with their party on Wednesday to shield high income-earners. Who are they? 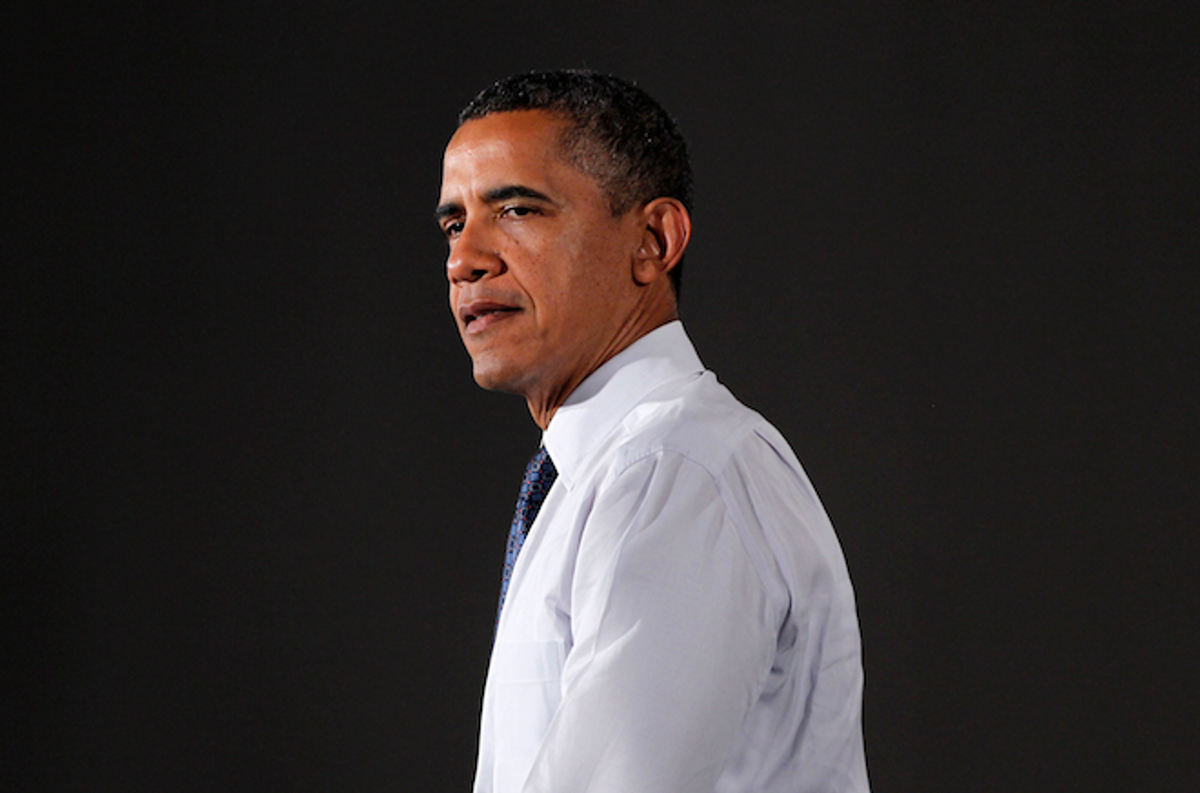 The streak is still alive. In the 22 years since George H.W. Bush and a scattering of congressional Republicans cut a tax hike deal with Democrats, not a single member of the House or Senate GOP has voted to raise income tax rates. On Wednesday, 238 House Republicans voted against letting the Bush-era rates expire on annual income over $250,000 for families and $200,000 for individuals. Zero House Republicans voted for it.

The story was a little different on the other side of the aisle, though, with 19 Democrats joining with the GOP and opposing a plan that President Obama and their party’s congressional leadership have endorsed. As a result, the bill failed by a 257-170 margin, and shortly thereafter a plan to extend the Bush rates for all income levels passed by a similar spread.

This outcome was no surprise. Obama and Democratic leaders are playing a long game on taxes, making their call for high-earners to pay more a key component of their fall campaign and hoping that a November victory will somehow break the GOP’s unified opposition – and strengthen the spine of their fellow Democrats.

The real drama won’t come until the end of the year, when the Bush rates are due to expire for all taxpayers. For now, top Democrats are claiming that their party will let the deadline pass unless Republicans give in and agree to raise rates on the wealthy. The idea is that if all of the rates expire on December 31, Democrats could then call for an immediate tax cut for all but the top two percent of earners, leaving Republicans no choice but to go along (and allowing them to maintain their streak of not voting to raise taxes).

Whether Democrats, who (led by Obama) caved on extending the Bush rates two years ago, will maintain the unity required to pull this off is an open question. The 19 House defections on Wednesday’s vote help explain why. Here’s the full list, along with a quick explanation of the electoral and ideological factors at work:

Jason Altmire (Pennsylvania): A moderate who lost a primary this spring after his district was merged with fellow Democrat Mark Critz, who ran with strong support from labor and liberal groups.

John Barrow (Georgia): A chronically endangered Blue Dog Democrat who is ranked by National Journal as the third-most vulnerable House Democrat running for reelection this year.

Dan Boren (Oklahoma): He’s not seeking reelection, but he’s been one of the most conservative Democrats in the House, and he may be interested in seeking statewide office in the future.

Ben Chandler (Kentucky): He got a scare in 2010 but seems to be in better shape this time, although he’s far from safe. Chandler made this same move in that ’10 race, declaring his support two months before the election for an across-the-board Bush tax cut extension.

Jim Cooper (Tennessee): Cooper’s district is competitive on paper, but he seems entrenched – perhaps because the fiscally conservative image he’s cultivated over the years plays well with his constituents.

Jim Costa (California): A Blue Dog from the Central Valley, Costa won 42 percent in the June jungle primary, while the three Republicans on the ballot combined for 48 percent.

Henry Cuellar (Texas): He’s not in much danger this fall, but Cuellar’s “no” vote isn’t a surprise. He endorsed George W. Bush for president in 2000, won his House seat in 2004 by running to the right of an incumbent Democrat in a primary, and received the endorsement of the Club for Growth when he survived a primary challenge two years later.

Joe Donnelly (Indiana): He’s running in a suddenly winnable Senate race in a state that Mitt Romney should carry with relative ease.

Larry Kissell (North Carolina): As with other North Carolina Democrats, Kissell got a raw deal in redistricting. He already represented a marginal district; now he’s the most vulnerable House Democrat seeking reelection this year.

Jim Matheson (Utah): On paper, he represents the most Republican-friendly district of any Democrat in Congress. And he’s facing a stiff challenge this fall from Mia Love, a black female Republican who’s attracted interest from national conservative donors.

Mike McIntyre (North Carolina): Another Tar Heel State Democrat brutalized by redistricting, McIntyre is in grave danger of losing his seat this fall.

Jerry McNerney (California): He barely held on to his seat in the GOP tide of ’10 and is now running in what amounts to a brand new district against a well-funded Republican opponent.

Bill Owens (New York): Finally, Republicans are getting a clean shot at Owens, who won his seat in New York’s North Country in a memorable 2009 special election. In that race and in ’10, Owens was boosted by the presence of a credible third candidate, Doug Hoffman, running on the Conservative Party line. That won’t be the case this time around.

Collin Peterson (Minnesota): A longtime thorn in the side of the Democratic leadership

Mike Ross (Arkansas): Like Boren, another conservative Democrat who’s not seeking reelection – but may have his eye on a future statewide bid.

Kurt Schrader (Oregon): A second-term Democrat and Blue Dog member who won a narrow victory in 2010 in his state’s most competitive House district.

Mike Thompson (California): He carried 71 percent in the June jungle primary and is safe this fall, but Thompson is also a Blue Dog

Tim Walz (Minnesota): This may be the biggest surprise on the list. Walz has previously campaigned against extending the Bush rates and is not particularly vulnerable this fall. But he cited the estate tax component of the Democrats’ plan (they’d raise the inheritance rate from 35 to 55 percent) as his reason for voting no, saying it would hurt family farms in his district.

To be fair, plenty of House Democrats from competitive districts did vote for their party’s tax plan. But almost every incumbent on the “no” list who is seeking reelection is in a competitive or potentially competitive race. This speaks to a phenomenon I wrote about a few weeks ago – that even though voters tell pollsters they like the idea of raising taxes on the rich, they won’t necessarily reward leaders who do it (and, in fact, they may actually punish them). A number of vulnerable House Democrats are sensitive to this possibility, and the result is less unity on the Democratic side than on the GOP side.

Unity will be key for Democrats if they’re going to win a game of chicken in December. In theory, they’ll be able to afford defections in the House, since they have a majority in the Senate, where they were able to muster 51 votes for the same tax plan last week. If 19 House defections end up being the ceiling for Democrats, it may not be a problem. But they turn out to represent the floor, it could be the kind of problem that spills over to the Senate.

Update: Cooper's and Thompson's office have both emailed to point out that each man also voted against the Republican bill, which calls for extending the Bush rates across the board. Cooper's office says he favors tax rates only if they are paid for and won't add to the deficit. So while both Cooper and Thompson voted against their party yesterday, it's unfair to tag them as "pro-Bush tax rates Dems." And if they maintain their posture through the lame duck session, it probably won't hinder the strategy that Democratic leaders say they want to follow.