Mitt Romney accused of not actually reading book he mentioned

"Guns, Germs and Steel" author says the candidate got his argument wrong 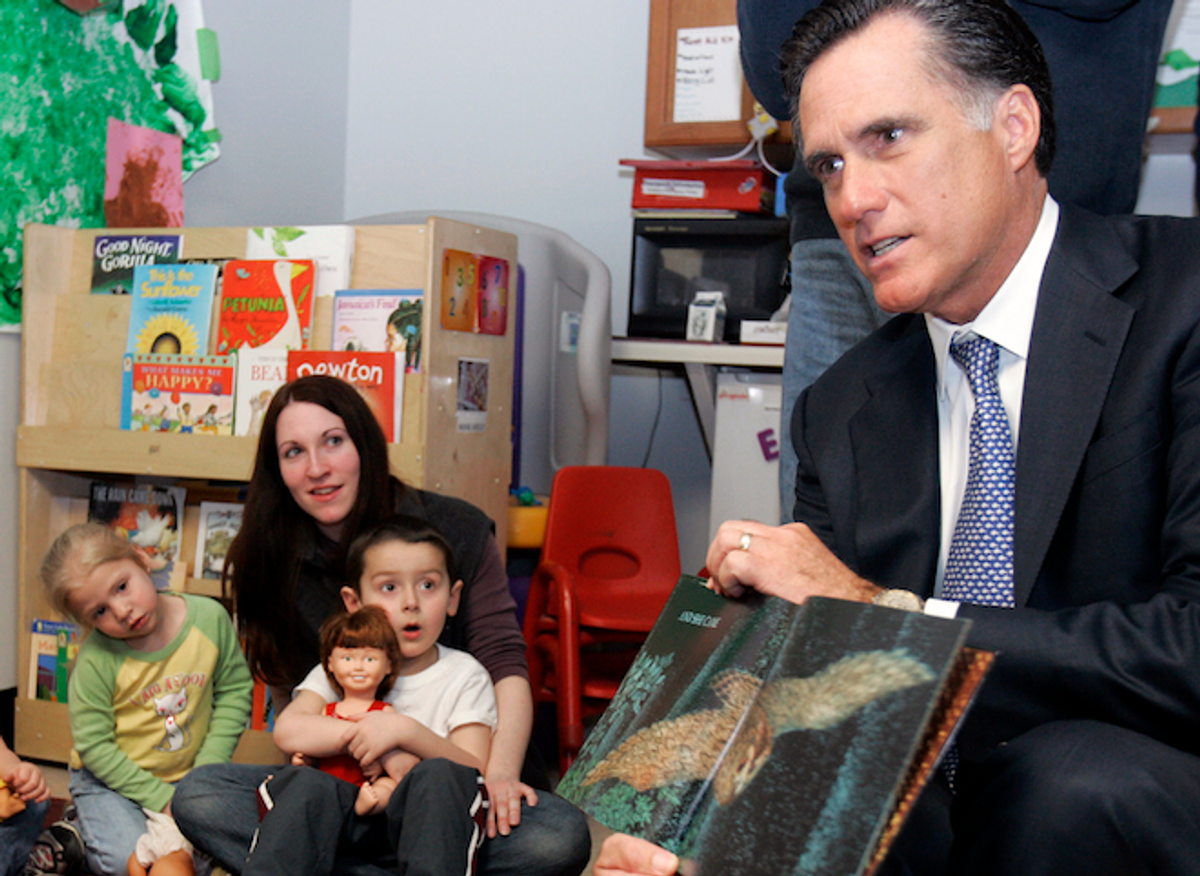 Jared Diamond, the guy who wrote the famous book about how iron ore leads to 21st century economic dominance, says in a New York Times Op-Ed that he suspects presidential candidate Mitt Romney didn't even read his book.

It is not true that my book “Guns, Germs and Steel,” as Mr. Romney described it in a speech in Jerusalem, “basically says the physical characteristics of the land account for the differences in the success of the people that live there. There is iron ore on the land and so forth.”

That is so different from what my book actually says that I have to doubt whether Mr. Romney read it. My focus was mostly on biological features, like plant and animal species, and among physical characteristics, the ones I mentioned were continents’ sizes and shapes and relative isolation. I said nothing about iron ore, which is so widespread that its distribution has had little effect on the different successes of different peoples.

First of all, Professor Diamond, your book came out like 50 years ago so of course no one remembers every single little detail. Second of all, 90 percent of the people who tell you they read it are also probably lying. (It was long!)

It's definitely possible that Romney didn't read the book and just read a review or something. Or that he picked it up in an airport bookstore and read the jacket copy and maybe the intro. Or someone gave it to him on tape and he listened to it while jogging and half-paying attention. It's also possible that he did read the whole thing and just got nothing from it beyond a completely incorrect sound bite. I imagine he doesn't get a lot from books! He's pretty set in his ways and doesn't seem all that intellectually curious. He probably only reads management books and Malcolm Gladwellian pseudo-management books (and hard sci-fi, to relax) and Diamond's book just seemed like a good prop for his stupid point about culture "making all the difference," a line he probably picked up in some magazine article misstating the thesis of David Landes' book that Mitt Romney also probably didn't read.

This will definitely hurt the Romney campaign, especially among voters in swing states with easy access to navigable rivers or seas and conditions suited for the development of agriculture.