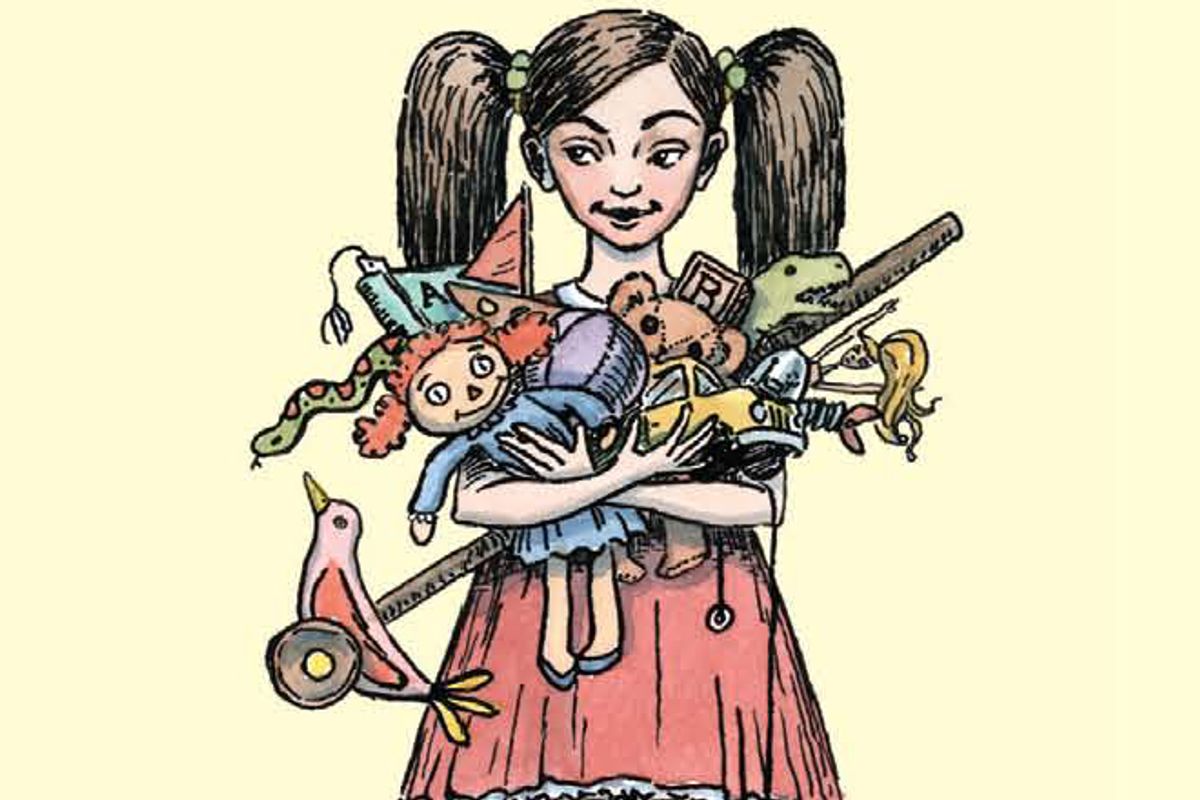 Childhood is messy. It's full of tantrums and skinned knees and territorial battles and loud declarations of "I hate you!" and "No girls allowed!" At least, it's supposed to be. Just a generation or so ago, it was. There were no New York Times stories on the elite world of nursery school admissions coaches, and the phrase "helicopter parent" didn't exist. Today, even parents who consider themselves relatively free-range find themselves struggling in a culture of intense child-rearing anxiety. Our children are encouraged to be reading before they get to school, to be doing homework in kindergarten, to invite the entire class to their birthday parties, and, increasingly, to behave like docile, quiet, compliant miniature office workers instead of the wild, reckless, still-developing little humans they are.

Into this minefield of contemporary parenting, Heather Shumaker would like to stride with a bold proposition: that we loosen up a little. That we take back our children's childhoods. That we tell our kids, as the title of her new book says simply, "It's OK Not to Share." Shumaker, the mother of two young sons and an alum of Ohio's School for Young Children (where her mother has taught for nearly 40 years), believes we've careened too far off the mark in our expectations for what young children can – and should – be.

As she says repeatedly throughout an insightful, sensible and compassionate book full of downright revolutionary ideas like ""We're not all friends here" and "Bombs, guns and bad guys allowed," we have to "take off our adult lenses" and start parenting our kids in age-appropriate ways. It's not a plea against discipline or healthy learning; Shumaker espouses natural curiosity and firm boundaries. But she draws on the wisdom of sages like Dorothy Briggs, Eda LeShan and Fred Rogers in a compelling argument against parental perfectionism and for the value of chaos and conflict. Salon spoke to Shumaker about her "renegade" parenting philosophy, and why it's OK to let your child have a toy gun.

There are a million parenting books on the shelves out there. What made you decide to jump in and write your own?

I kept running into parents of young kids who were so anxious about the toddler and preschool years, and so unsure about themselves. I realized how little people around me knew about questions like, "Should my kids play with guns?" "Are they being kind enough?"

I know of preschools for 2- and 3-year-olds that boast of their academics. So why is sitting still and reading not helpful for young children?

We have to teach our kids how to get on with other people. We have to behave well. But the way kids' brains are designed is that they're wired to learn through play. During roughhousing and puppy play, the front part of the brain is developing -- the part that's in charge of impulse control. It looks like they're just playing, but they're doing very important work. When we take that time away from children, they're actually set back. There's a famous study by Rebecca Marcone; she tracked kids, and in later years the kids who played did better academically and socially.

The human brain needs to go through certain stages. Now we're distrusting that. And children's curiosity and love of learning and interest in school is getting squashed. You have 4-year-olds who say, "I hate school. I have too much homework."

In addition to tamping down on children's instinct for action, parents and educators are also shutting down their aggressive, negative feelings, telling them things like, "Don't say that" or "You don't mean that." I love that you cite Mister Rogers in the book, because he was the master of distinguishing between what children feel and how they behave. As he said, "If it's mentionable, it's manageable."

Kids just aren't gaining the social and emotional skills the way they used to. When you get more than one human, there's going to be conflict. Kids aren't given a chance to learn how to deal with it now; they aren't given tools for problem solving. A friend who's been a teacher for over 20 years says that kids don't have the coping skills. They don't know how to work together. They don't learn that everybody has rights and boundaries.

And yet it's very scary for parents and teachers when children engage in conflict – even the pretend kind. You mention a school that not only didn't permit toy weapons but encouraged families not to have them in their homes.

Fundamentally, kids need the message that people are not for hurting. But kids' play is not all full of compassion. There's a lot of good guy-bad guy play. It's a big part of how they develop empathy. It's how they sort out the world morally.

It's more important how a child behaves than what the topic of a game is. Are they having fun? Are they negotiating well if someone gets hurt? Are they showing concern? What matters is how they behave in real life.

A lot of violence is done by people who have never learned to control their anger. It needs to be expressed from the beginning, so we can have kids who know how to cope with their explosive feelings and rejection. That way, they can learn to get on better and they can set limits on what they don't like. Right now, they're not getting the practice in the younger years.

Of all the ideas in the book, I think the one where you tell parents to "stop saying 'good job!'" might be the hardest to follow. Aren't we supposed to build up our children's confidence?

Even very young children can pick up tone of voice and intent. They can tell when we're really sincere and when we slap on the empty praise. Parents have been handing out the "good jobs" because they think self-esteem is important. But the way kids develop is by taking risks and coming to conclusions by themselves. They grow through thoughtful observation and effort.

So what do you do when you're trying to do what you call "renegade" parenting and other parents and teachers are coming from the "sit still and play nicely" place?

It is hard to do this kind of parenting in isolation. You run into a culture around you that’s not accepting. The very idea that things could be done differently is shocking.

In the meantime kids can understand that at this school the rules are different. Kids also understand if you say, "We play that game at home, but this isn't home." With other parents, if someone is very uncomfortable with how the kids are playing, you can say, "It's OK with me." Sometimes that sets their fears aside. And as long as you give your children plenty of space to play and explore in their regular lives, they’ll be fine.