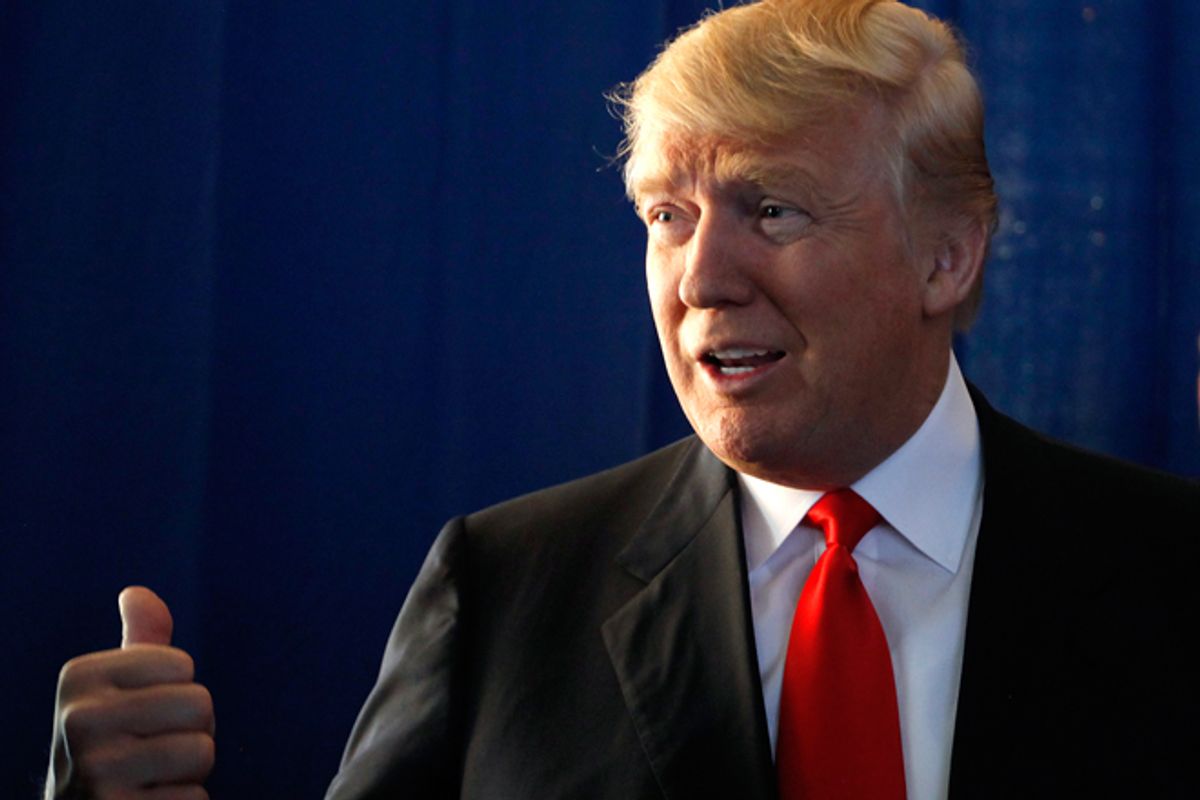 Nearly 30 years ago, director Bill Forsyth made a gentle comedy about a brash American tycoon's attempt to gobble up a quaint Scottish town. The result was "Local Hero," one of the great sleeper classics of modern cinema. So when, a generation later, a real Yankee big shot tried to muscle his way in to Aberdeenshire, on northeast Scotland's most precious coastal land, there was no way it wasn't going to be the stuff of another complicated, colorful tale. It just turned out to be a much, much rougher story.

Director Anthony Baxter's horrifying, frequently outrage-inspiring "You've Been Trumped" chronicles the true saga of what happened when Donald Trump -- a man described in the film as "someone who just isn’t used to hearing 'no'" -- decided to build a golf resort in a territory so environmentally unique it's been called the Amazon rain forest of Scotland. Suffice to say, things got ugly. Ugly like a Trump casino. As Baxter demonstrates with agonizing, unflinching clarity, the result was a community and a land that were literally rolled over in the name of corporate greed -- and with the apparent blessing of the local authorities.

The series of unfortunate events that befalls the community when an irascible mogul comes to town can only be described as flat-out surreal. Where to even begin? There's the way Trump's application to build in the area – rejected on existing environmental limitations on the special scientific interest site -- magically wins approval two years later. There's the way he repeatedly and sneeringly refers to the put-upon Balmedie locals -- in particular Michael Forbes, the feisty farmer who resolutely refused to sell him his property, as "disgusting pigs." There's the litany of nightmares the community endures as Trump and company plow their way through their world – having their water and their power cut off, having their property damaged and, for the kicker, then getting billed for the wreckage. There are the petty disputes over clearly defined property lines. There's the heartbreaking footage of the area's beautiful dunes, gone forever overnight, and the words of the scientist who calls the Trump development "a tragedy." And, most jaw-droppingly of all, there's the scene in which Baxter and his filmmaking partner get arrested by a gung-go police force, get their cameras confiscated, and spend a day in lockup -- for simply walking around and asking questions.

Of course, the golden promise that Trump offered from the moment he swanned in on his private jet – that he would create thousands of local jobs, that he would drive tourism into the area -- would be inarguably tempting to almost any small community. It's not as if the Scottish authorities who abetted in a development project gone amok woke up one morning and thought, hey, let's sabotage a bunch of people and screw over the environment! Instead, as Baxter weaves the story, it seems more likely they were merely seduced by a smooth-talking salesman who seemed to represent style and celebrity.

The film is told without narration but with an unmistakable voice. Baxter makes no bones about who the heroes and villains of his story are. (You probably wouldn't have much ambivalence if you'd been thrown in jail too.) Trump is never shown as anything but a pompous, arrogant blowhard -- a portrayal I suspect may not have been that challenging for Baxter to pull together. In contrast, the besieged townsfolk are a resilient, determined lot, a bunch of Davids getting everything within an inch of their homes getting torn up by the ultimate Goliath. Yet film should have a point of view. It should make a persuasive argument. And you know what? Show me an old lady who doesn't have any water in her house because somebody built a road over her spring and I'll say that if you think there are two sides to every story, you're mental.

What makes "You've Been Trumped" so powerful is how sickeningly familiar it is. Watching it, you'll likely find yourself wondering, astonished, "How could these guys get away with this?" -- followed quickly by the memory of everything that's happened in the global economy for the past several years. As one of Baxter's boggled subjects says at one point, when it comes to land, "You don't nakedly grab it." Well, you don't unless you can, right? And that's the heart of the story right there – what happens when the grabbing gets naked. It's an elegiac love letter to a very special part of the world, an inspiring portrait of a community's fortitude, and a searing indictment of capitalism run riot.