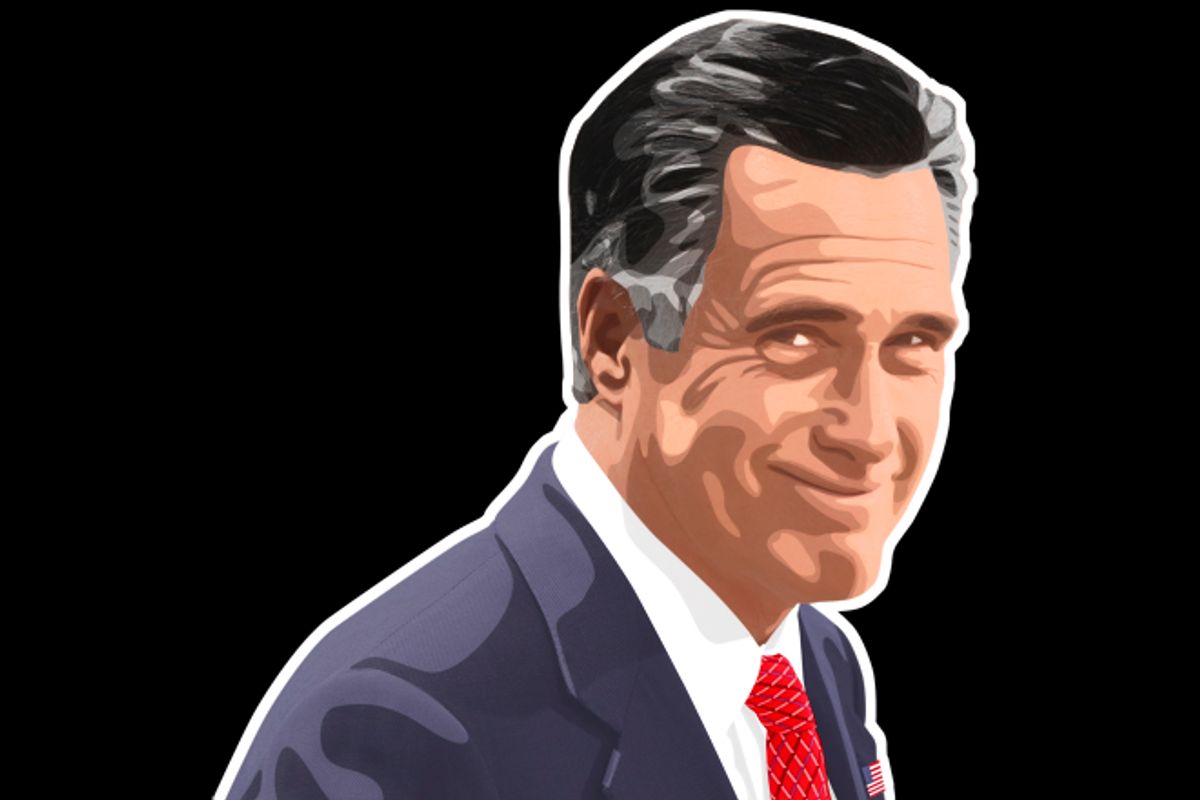 Mitt Romney failed to join other Republican leaders today in condemning Rep. Michele Bachmann’s witch hunt against Muslims in the U.S. government, telling reporters at a campaign stop in Las Vegas that it was not “part of my campaign.” Republicans like Sen. John McCain and House Speaker John Boehner, among others, have spoken out publicly against Bachmann’s campaign, but when Romney was asked about it, along with the controversy over Chick-fil-A, he dodged the question. “I’m not going to tell other people what things to talk about. Those are not things that are part of my campaign,” the presumed GOP nominee said at a rare press availability after a campaign stop.

This is a bit of a pattern for Romney. When conservative radio host Rush Limbaugh launched a personal attack against Georgetown Law student Sandra Fluke, other Republicans spoke out, but not Romney. Asked at a campaign stop in Ohio about Limbaugh calling the student a “slut,” Romney first ignored questions. Finally, he said, "I'll just say this, which is, it's not the language I would have used. [But] I'm focusing on the issues I think are significant in the country today, and that's why I'm here talking about jobs and Ohio."

Romney, via a spokesperson, also refused to condemn Rep. Allen West, the Tea Partyer from Florida, after he said there are “about 78 to 81” communists in the House of Representatives. He even declined to correct a random woman at a town hall who said President Obama should be tried for treason. With so much political cover from other Republicans on Bachmann’s witch hunt, it seems like a fairly low bar to expect him to speak out.