Do we know who we really are? The 2012 election is a Philip K. Dick showdown between dueling American fantasies 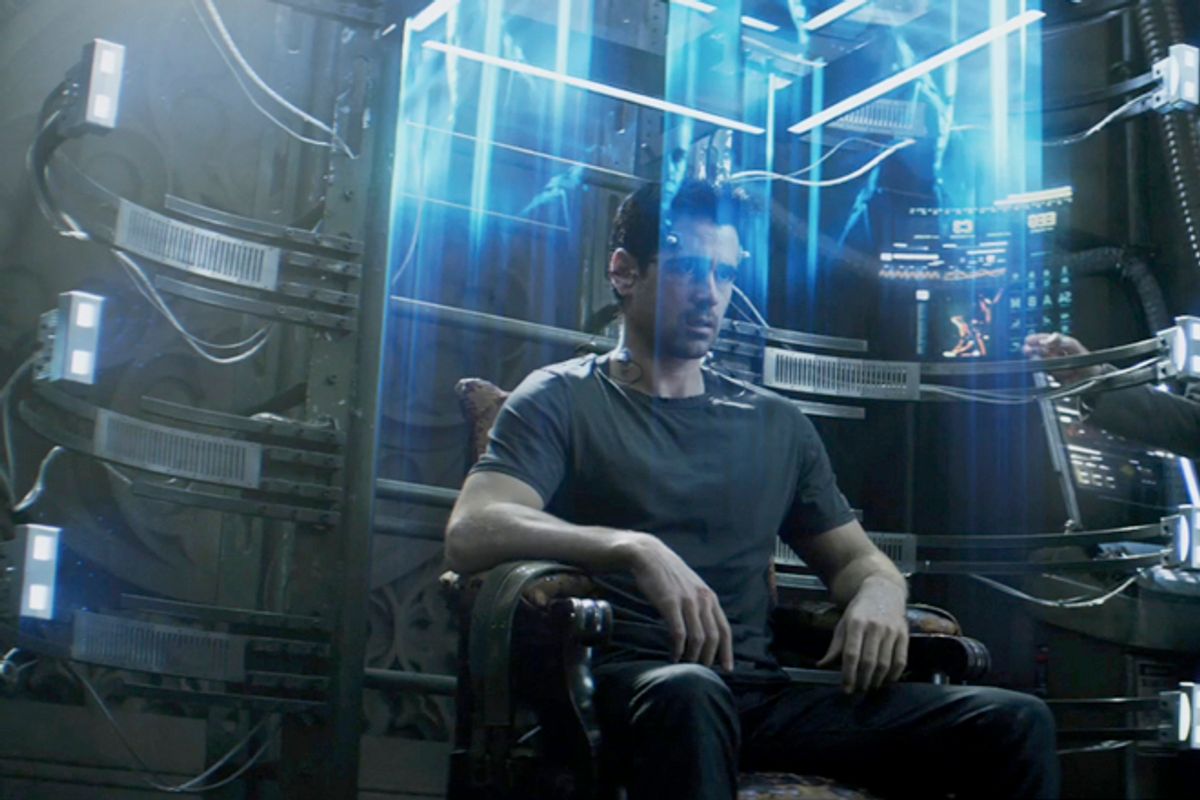 Every variety of nationalism, in every country in the world, involves some degree of invention, imagination and amnesia, standing in for actual history. Most scholars of Balkan history will tell you that the supposedly ancient enmity between Serbs, Croats and Muslims that led to the terrible civil war of the 1990s – the first serious outbreak of genocidal violence in Europe since the Holocaust – was a modern invention, deliberately inflamed by political leaders. Along with the even worse conflict in Rwanda between the Hutu and Tutsi, two groups indistinguishable to outsiders, this offered a gruesome example of what historian Benedict Anderson has called “imagined community,” the shared sense of a tribal or national identity that runs deep and links unconnected strangers together, even if it was actually concocted the day before yesterday.

So Americans are not unique when it comes to our ambivalent or hostile relationship to history, our preference for simplistic myth-making over the unsettled and perennially conflicted character of the past. Given our nation’s short and bloody history – and the fact that there’s so much of it we’d rather not think about – it’s possible that we suffer from an exaggerated version of this syndrome. Whether or not that’s true, in this historical moment we face an especially stark choice between different versions of the American imagined community, which is what I believe accounts for the poisonous character of this presidential campaign.

Whatever about the actual differences between Barack Obama and Mitt Romney – which I would argue are minor, in the bigger picture – their supporters see them as embodying different visions of the nation, both of which are notional or imaginary. One of them promises a renewal of the past, although it’s a past that never existed in the first place and one he certainly cannot recreate. The other seems to represent a more inclusive and optimistic future, or at least he used to. Given prevailing cultural and economic realities it’s a future well beyond his capacity (or anybody else’s) to will into existence.

This week’s new Hollywood remake of the science-fiction classic “Total Recall” is more concerned with Colin Farrell’s muscular frame and its exaggerated stunts and effects than with political allegory. But like the Arnold Schwarzenegger original from 1990, it draws its source material from Philip K. Dick’s famous science-fiction story “We Can Remember It for You Wholesale,” which can absolutely be read as a loaded commentary on our understanding of history, or lack thereof. Farrell plays a factory worker who builds robot soldiers in a ruined, totalitarian future society, until he is thrust into an endless loop of epistemological doubt, where he can’t be sure who he really is or what he really knows about himself or the world. He may be a highly trained secret agent, or he may have an implanted false memory to that effect. Furthermore, if he is an undercover ninja assassin, he doesn’t know whether he works for the nefarious one-world government or the underground resistance.

America as a whole finds itself in a similar position, uncertain about the basic facts of its own history, let alone what lessons to draw from them and whether or not it’s truly on the side of the angels. That goes double, I think, for America’s declining white majority, which simultaneously feels itself embattled and undermined even as it still holds a grotesquely disproportionate share of power, money and privilege. This is among the principal themes of my Salon colleague Joan Walsh’s upcoming book “What’s the Matter With White People?”, which is certain to provoke much discussion as the campaign season heats up.

To paraphrase her argument into my own terms (which she may not entirely agree with), Walsh sees the contemporary Tea Party-aligned right wing as the latest manifestation of an enduring ideological current in American politics that appeals to a harmonious, godly and racially coded vision of the past. In our day, that means the past before the Civil Rights movement and feminism and gay marriage and all the social tumult of the 1960s that led inexorably, last but not least, to the election of a president who may or may not be Kenyan or Muslim but is certainly not one of us. Walsh further argues that there’s more going on here than simple racism, and she’s right. Most importantly, the idea that there was some period of universally prosperous and harmonious white hegemony in America’s past is a ludicrous fiction, employed to enable an especially pernicious imagined community. The real history of European immigration to North America is full of discord, bigotry and violence, with bitter nativist prejudice unleashed, in turn, against the Irish, the Italians, the Poles, the Jews and anyone else who came along.

Those groups were eventually able to acculturate as “white” in ways that African-Americans and most dark-skinned immigrants could not, but at the ultimate cost of having their cultural memories reformatted, “Total Recall”-style, or subscribing to Henry Ford’s famous proclamation that history is bunk. Again, I’m not suggesting that the allure of a mythological past is unique to Americans, or white people, or the Tea Party. But there’s no denying that the modern Republican Party has been extraordinarily successful at convincing the white working class to vote loyally and even enthusiastically against its own economic interests by offering a seductive vision of American identity that is based on a past that never was and that excludes vast swaths of the bicoastal urban and suburban population from full membership.

At times the left has also been guilty of its own historical mythology, a crypto-Christian vision of American exceptionalism turned upside down, in which the U.S. is a profoundly evil nation poisoned by the original sins of slavery and the Indian genocide. (This is roughly how the Martians view Earth in C.S. Lewis’ religious allegory “Out of the Silent Planet.”) That certainly isn’t what the Obama-era Democratic Party stands for (if it stands for anything identifiable at all), as much as Republicans love to harp on anomalous figures like the Rev. Jeremiah Wright. It's difficult for any American to view the Obama-Romney contest from an objective distance, but when I try to do so, I come up against the fact that these are two men from slightly different sectors of the elite caste, who will pursue similar policies on a wide range of issues and have almost identical relationships with corporate capital, the true power center in our so-called republic.

No one should doubt that there are meaningful differences between Obama and Romney when it comes to healthcare policy, likely Supreme Court appointments, reproductive rights, gay marriage and a handful of other things – and then there’s the telling personal detail that Obama rose from the middle-class intelligentsia, while Romney was born into wealth and privilege. (Their foreign-policy differences seem largely a question of how loudly they plan to cheer while Israel nukes Iran.) Those don’t seem sufficient to explain the extreme level of invective on both sides, especially not the right's depiction of Obama as a dangerous, tax-happy socialist with some concealed Hugo Chávez-style agenda ready for the second term. (Maybe he’s really a Red secret agent who just doesn’t know it yet, like Farrell’s character.)

I was raised by California liberals and now live in New York City, so of course I’m more attuned to the imagined community that Obama, however vaguely, seems to represent. If you’re reading this, you get it: A multiracial, multicultural future in which the universal prosperity and liberty imagined by our country’s screwed-up and contentious Founding Fathers finally extends to everyone. If that sounds more like the society depicted in a Verizon commercial than a realistic possibility based on our country’s actual history and its current state of economic decline, cultural division and political paralysis, well, you grasp the problem.

Sure, it’s a nice picture. But the imaginary version of small-town America circa 1953 that Mitt Romney stands for (also with a high degree of fuzziness) paints a nice picture too, in a different way. Neither of them has anything to do with what these guys will actually do as president – not much, as usual – let alone with the more urgent questions which Philip K. Dick and Henry Ford were actually addressing, each in his own way: where we actually are, how we got here, and how in hell we can get out.