Republicans have no problem with shrinking government, as long as defense contractors don't feel the ax 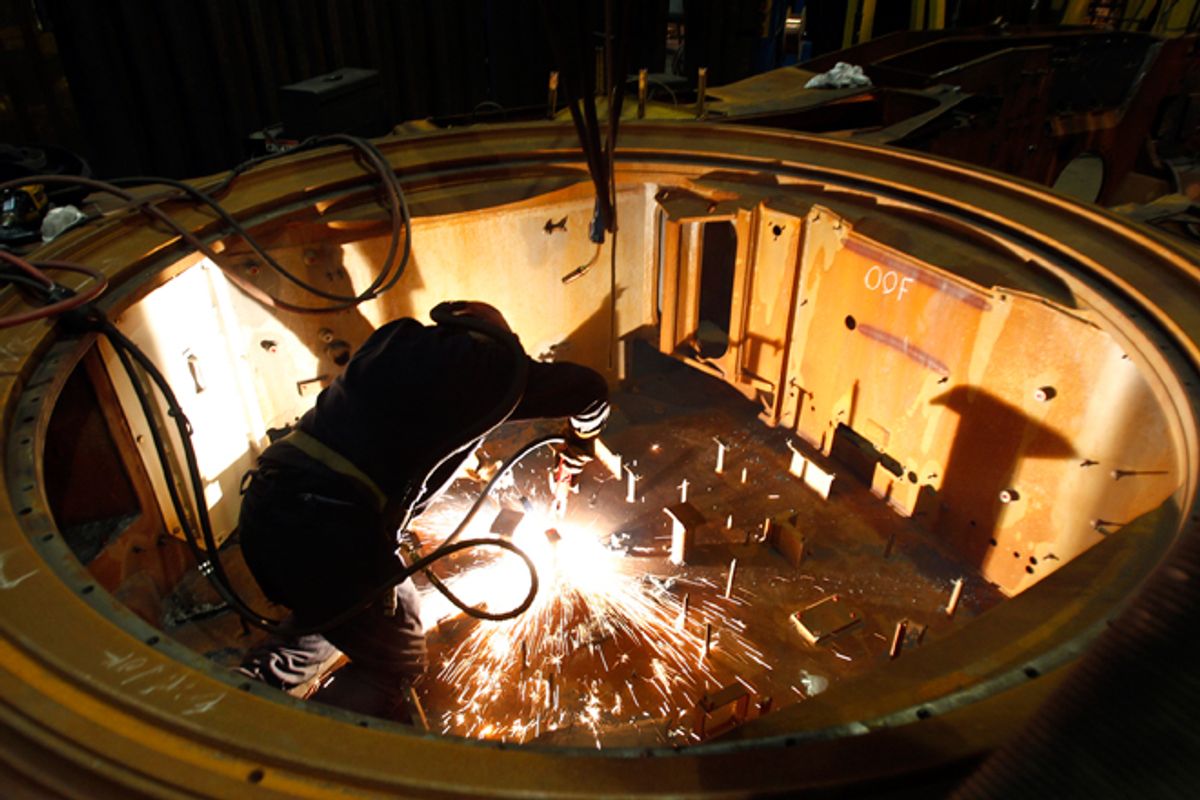 Politico's Austin Wright has a crazy little story about a spat between congressional Republicans and the Labor Department that hinges on the possibility of mass defense contractor layoffs.

The fight is over whether defense contractors are required to send out notices warning their workers of layoffs that would kick in as a result of the large defense spending cuts due Jan. 1 -- aka"sequestration."

Republicans say yes, citing the WARN Act, which requires large employers to give 60 days' notice of possible layoffs. The GOP has been chortling in glee at the prospect of such notices going out to every single employee of the largest defense contractors, because the 60-day countdown just happens to arrive four days before Election Day. Because, you know, layoffs are bad, even if they mean Big Government is shrinking.

But the Labor Department says no! Labor's main argument is based on the reasoning that sequestration is not inevitable -- Democrats and Republicans still have time to come to a budget deal that would avoid sharp defense cuts. (Indeed the whole point of sequestration was that the prospect of such cuts was supposedly so drastic that it would force a compromise.)

According to Politico's Wright, congressional Republicans consider the Labor Department's decision a "political stunt." That accusation has a high likelihood of being true, but it seems just a little bit hypocritical coming from Republicans who are hoping that layoff notices timed to be delivered just before Election Day will help their own electoral chances.

And that's hardly the tip of the hypocrisy iceberg. Buried beneath the surface of this latest example of Washington dysfunction is a basic truth: Government budget cuts result in layoffs. That's not good during a period of very slow economic growth. And yet, Republicans seem to have little problem when the newly unemployed are teachers or firefighters. But when defense's ox is getting gored, then it becomes a big deal, and then the layoffs are presumed to be Obama's fault and thus embarrassing to the White House.