The comic gets a shocking diagnosis but responds with humor. Sometimes you have to turn tragedy into jokes 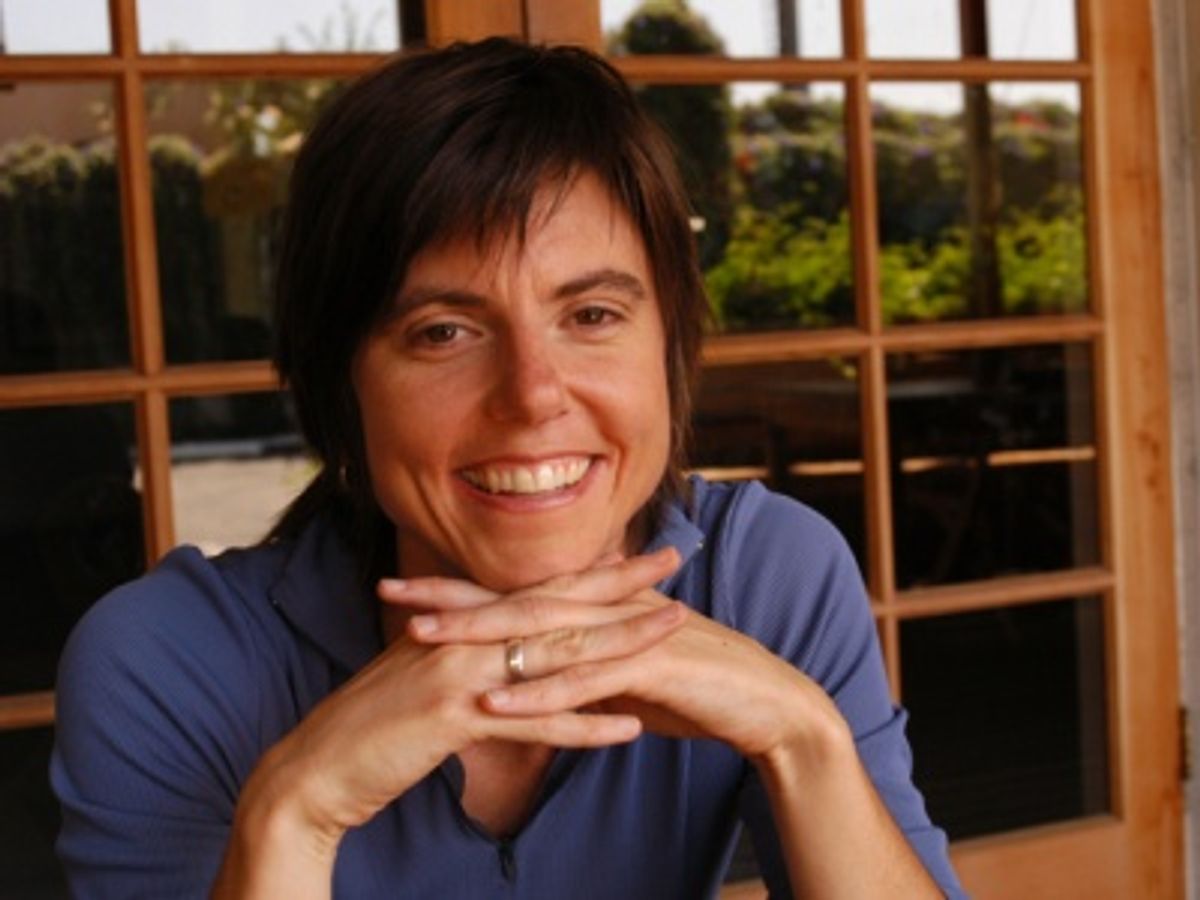 Tig Notaro is as funny as cancer. Which is to say, she's hilarious.

Notaro is a comic who knows a thing or two about making difficult subject matter laughable. Mere weeks ago, in the aftermath of Daniel Tosh's truly pathetic outburst at a female patron in a club on the topic of rape, Kate Harding cited Notaro's droll "No moleste" routine as an example of a rape joke that works. So when Ed Helms welcomed her to the stage of her "Tig and Friends" show this weekend, it seemed like she was doing a peculiar bit when she took the microphone and told the audience: "Thank you, thank you, I have cancer, thank you, I have cancer, really, thank you."

What followed, as chronicled by her friend, comic Kira Hesser, was a phenomenal example of clarity in the face of horror and humor in the worst of life's moments.

On her "Professor Blastoff" podcast on July 31, the 41-year-old told her fans that she first noticed a lump in her breast a year ago. In July, she finally went for her first mammogram. "The doctor came in and her tone was very scary," she said. "She said 'OK, so, we have found something in both breasts.'... I was stunned... After all the explanation I said, 'Wait a minute, are you telling me that I possibly have cancer?' and she said, 'Well, we have to get biopsies done but from what I can see with all the testing we've done today it is very probable that you do in both breasts, yes.'" Notaro added, "I am not saying that I have cancer. I am saying I got not-great news yesterday." The real not-great news was to come a few days later.

Notaro's life has contained a series of stunning twists of late. She is moving to New York to work on Amy Schumer's new show; she recently did a sensational "This American Life" involving, as all good things should, Taylor Dayne. But she also had a crushing bout of pneumonia that led to a life-threatening infection. Her mother died suddenly. She and her girlfriend broke up. Now this. As she laughingly described it in her podcast last week, "I've had a very up and down life the past few months ... Based on already being hospitalized with a deadly illness and my mother dying, there was just no way they were going to come in and tell me anything but, 'OK, everything looks great!'" But life's funny that way.

After her set at Largo Friday, Louis CK tweeted that "in 27 years doing this, I've seen a handful of truly great, masterful standup sets. One was Tig Notaro last night at Largo." And on her blog, Hesser wrote, "I genuinely laughed and cried at the exact same time," adding that "We’re not laughing at you, we’re crying with you but trying very hard to accept this avalanche of misfortune through the more edible prism of humor." And that, my friends, is it. It's the secret to life. It's everything.

They say life is a comedy to those who think and a tragedy to those who feel. But in reality it's both. Kind of like a Coen brothers movie or a Joss Whedon TV show with fewer vampires. It's horrifying and gross and beautiful. It's an avalanche of misfortune that, if you are very fortunate, you can brave through the prism of humor.

Yesterday, I was out with a friend I met in my cancer support group. As our daughters played a few feet away, we talked about the strange new planet we entered when we were diagnosed, of our ever-evolving acceptance that cancer is an inexorable part of our identities now, and mostly, of the utmost necessity of a strong community and a sense of humor for survival. I have sat in support group meetings where our roars of laughter echoed out in the hallways. I have had conversations with doctors and nurses that dissolved me into fits of giggles. I've had talks with my best friend, who has been dealing with her own ovarian cancer, about blood and scars and death that made me laugh until there were tears streaming down my face and my stomach felt like I'd spent an hour on the ab roller. Thank God.

Notaro is easily is one of our best comedians working right now. And the way that's she's confronting her latest trial – with her wit and her honesty and her remarkable gift for connection -- will serve not just herself well, but all those cheering for her. She's able to admit how "getting news like that brought up emotions of losing my mother and my illness and just ... fear." But she's also able to segue into a conversation about cancer by saying "Speaking of teats..."  Because when it all hits the fan, when your body viciously turns on you, it's both an unfathomable catastrophe and the darkest joke your life ever told you. To laugh doesn't mean you don't take it all seriously, or that you're not scared out of your mind. It means you still have it in you to find those transcendent moments of joy in the depths, to appreciate the absurdity of the human condition. It means you're alive.