Triumph of the potato lobby 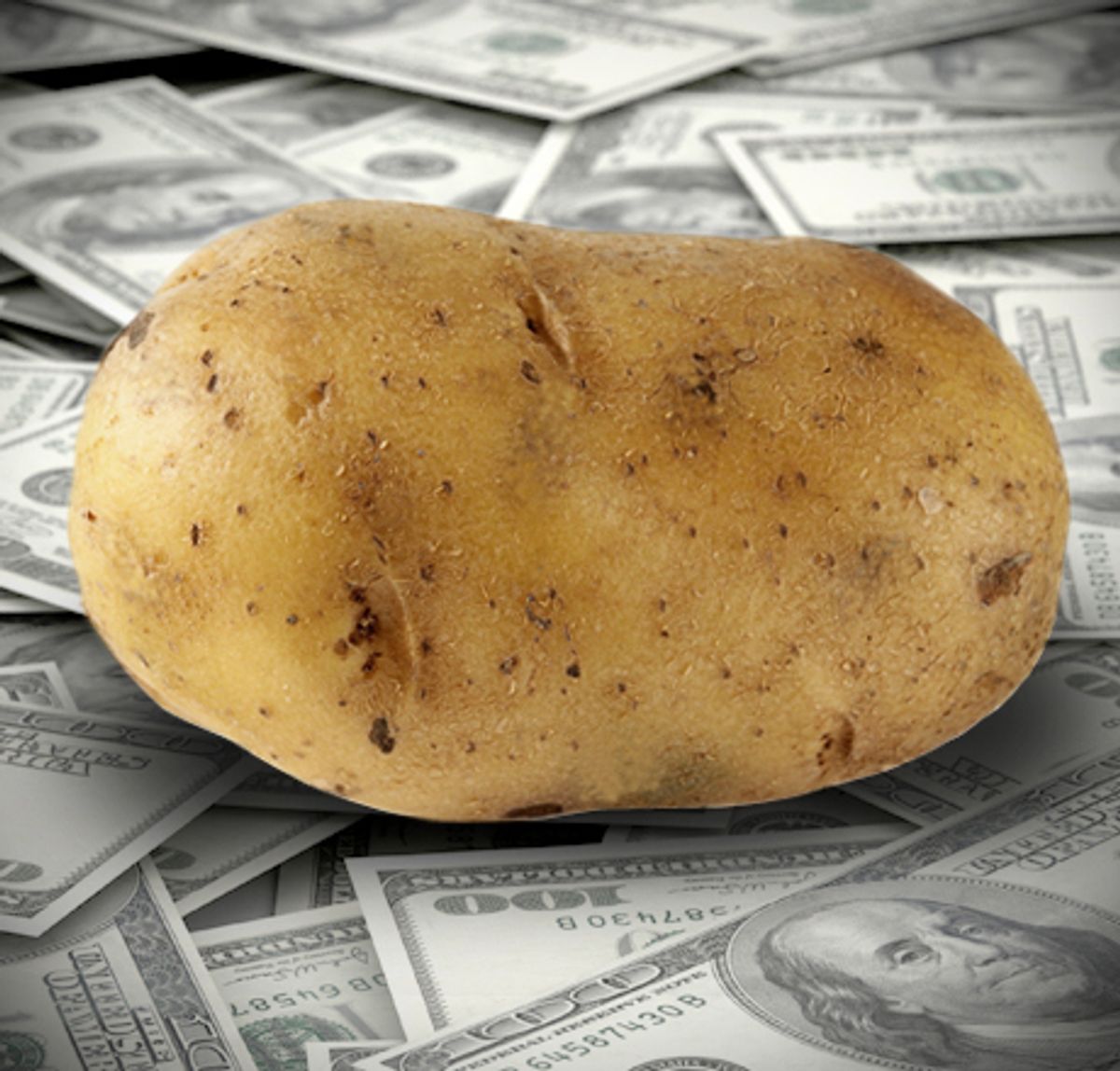 I defer to no one in my love for the potato. Roasted, fried, mashed; Yukon Gold, Idaho Russet, new potatoes, red potatoes, fingerlings -- I don't care, I adore them all. One of the greatest tragedies of my recent home fire was the loss of a precious French fry slicer given to me as a Christmas present by my two children. And don't even get me started on the bane of my waistline existence, the magnificent, incomparable potato chip.

But that doesn't mean I'm not outraged when the potato lobby, with a big assist from House Republicans, walks all over the nutritional guidelines in the Special Supplemental Nutrition Program for Women, Infants and Children. If you're looking for yet another piece of evidence proving why our government is broken, look no further than the dread potato.

The basic story, as reported by Zoe Neuberger at the Off the Charts Blog, is distressingly straightforward. In the 38 years since the formation of the WIC program -- which provides nutritional assistance to some 9 million women, infants and children -- Congress had not previously dictated what foods should be included. Such decisions, until now,  have been left up to the consensus opinion of nutrition scientists consulted by the USDA.

In 2009, the USDA added vouchers to the WIC program that would give $6 a month for fruits and vegetables to children and $10 to women. But in an affront to spuds farmers across the nation, potatoes were excluded from the list of covered vegetables. Why? Well, it's kind of a no-brainer. Because Americans already eat umpteen bazillion potatoes a year! (Actually, around 126 pounds per person per year.) We don't need to encourage potato consumption. We love potatoes!

What part of supplemental nutrition does the potato lobby not understand? While the plain potato (unfried, unsalted, undrenched in butter or cheddar cheese or bacon bits) is not bad for you (it contains no fat or cholesterol), it still doesn't compare in nutritional value to your basic leafy green or apple. The point of the WIC program is to help poor women and their children get that extra nutritional value that they wouldn't otherwise have.

But, you know, if you're Mike Simpson, a congressional representative from Idaho, a state that produces umpteen bazillion pounds of potatoes a year (actually, around 13 billion), I guess nutritional value is beside the point. You might be the kind of guy who rails against higher taxes and government regulation, but you'll be damned if you are going to let the government get away with not subsidizing your state's No. 1 cash crop.

In June, Mike Simpson proposed an amendment to the House Appropriations Committee's 2013 Agriculture Appropriations Bill requiring that the USDA include the white potato in its WIC food packages. The measure passed on a voice vote, and now awaits a yea or nay from the Senate.

Special interest lobbying? Disregard of science? Blatant big government hypocrisy? All the dysfunctions of our current government, wrapped up in the lowly spud. How I used to love thee, potato, I could not begin to count the ways. But no more. You're dead to me. I'm switching to yams.