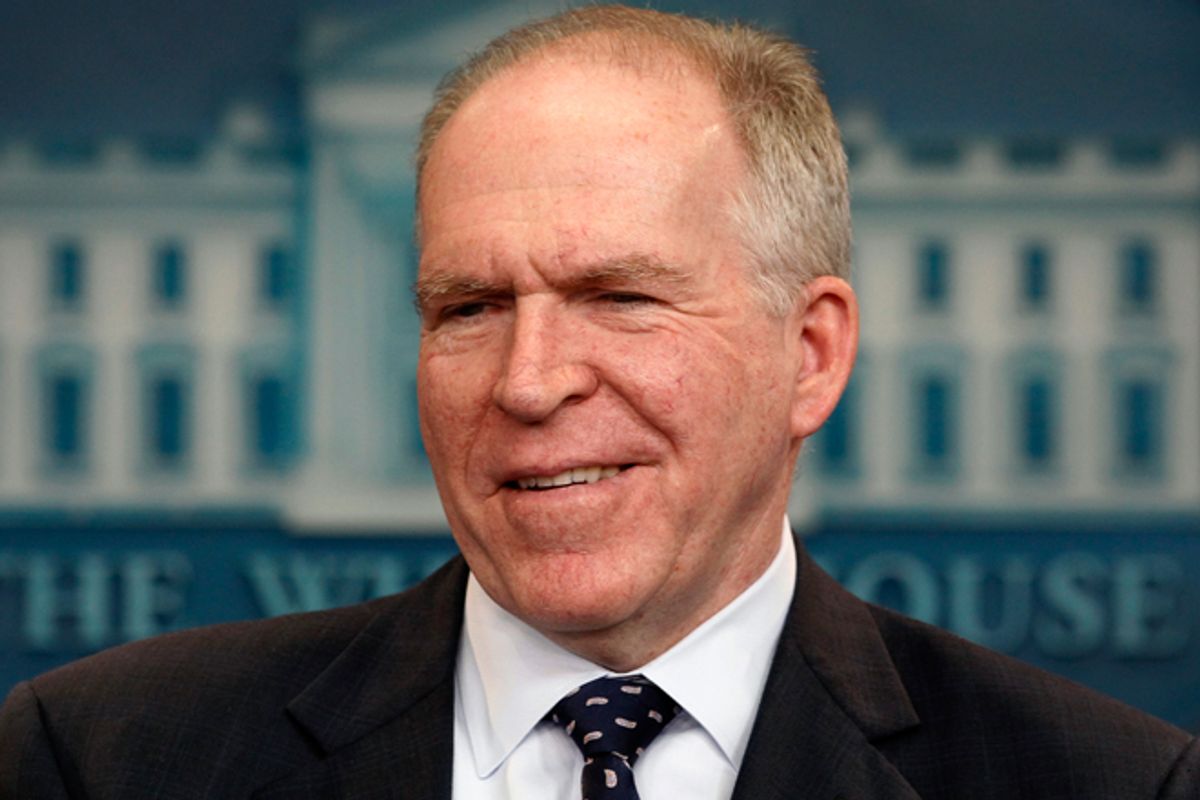 John Brennan, President Obama's top counter-terrorism adviser, brushed off Rep. Michele Bachmann's suggestion that Muslim Brotherhood agents had infiltrated the federal government, giving  an obvious eye roll when asked about it today. Speaking at a Council on Foreign Relations event in Washington, Brennan was asked what he made of the claims. The nation's top counter-terror official, who was appointed to key national security positions under George W. Bush, chuckled lightly, rolled his eyes, and replied, "I would refer you to the five members of Congress who made that remark. I have no idea of what it is that they are making reference to, and I'm not even going to try to divine what it is that sometimes comes out of Congress." The remark elicited laughter from the crowd.