The Olympian also-ran opens up about her "heartbreak," and wonders why everyone is so mean 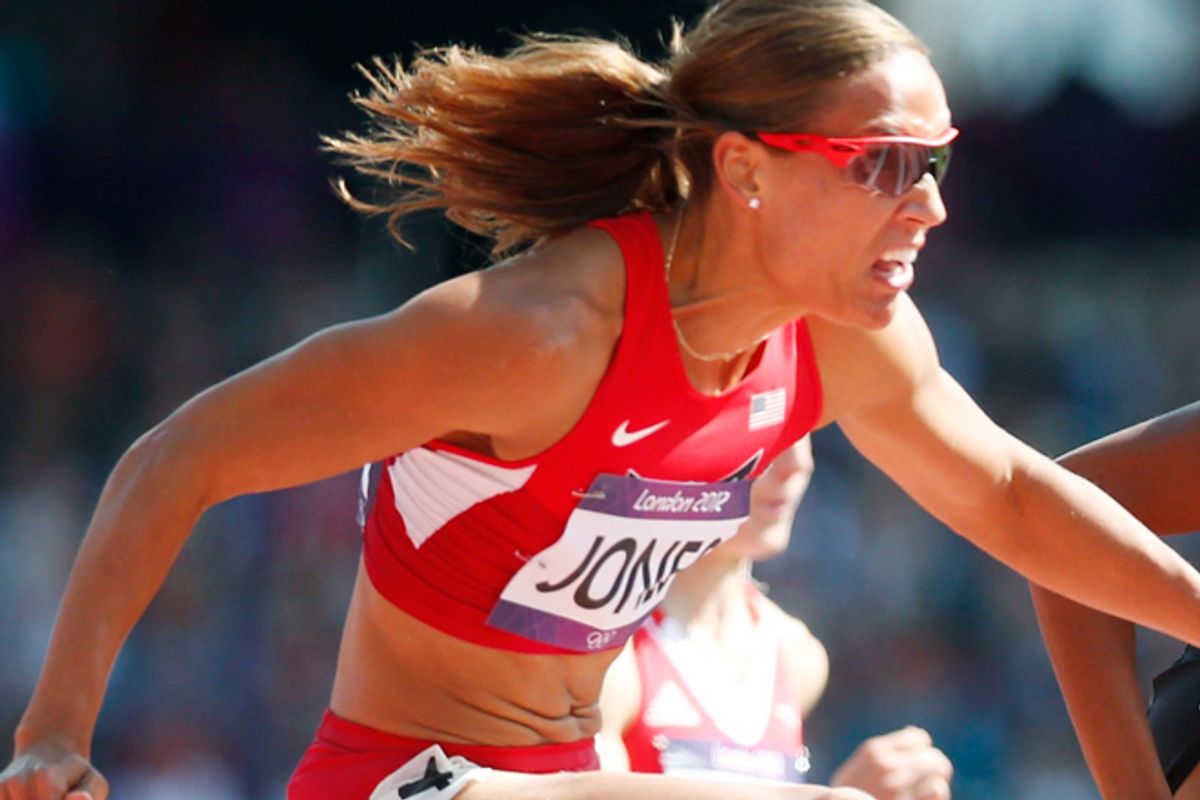 After Lolo Jones' fourth-place finish in the 100m hurdles Tuesday, Allen Barra declared in Salon that "No one cries for Lolo Jones." It was a reference to the outstanding envy and schadenfreude the 30-year-old has inspired, from that seriously bitchy New York Times piece about how her "image is everything" to her silver medalist teammate Dawn Harper's remarks that "I've put so much out there and sacrificed so much, I feel like my life story has kind of been trampled on for the last four years.'" ESPN, a little too gleefully, characterized  Jones' finish yesterday as a "very disappointing fourth." She finished one-tenth of a second behind bronze medalist Kellie Wells. OH MY GOD WHAT A LOSER.

On the "Today" show Wednesday, Jones admitted her heartbreak over her defeat, and how that Times story "just ripped me to shreds." And she cried. Jones gets spectacular flak for being good-looking and good at self-promotion. But as she pointed out on "Today," she's a woman who came back from spinal surgery last August to compete in these games, and who wound up delivering the best race of her year.

And as her voice cracked and she began to weep, she said:

I worked six days a week, every day, for four years for a 12-second race and they just tore me apart, which is heartbreaking…. I have the American record. I am the American record holder indoors; I have two world indoor titles. Just because I don't boast about these things, I don't think I should be ripped apart by the media. I laid it out there, fought hard for my country, and it's just a shame that I have to deal with so much backlash when I'm already so brokenhearted as it is.

Though her tearful candor likely won't win over the commenters who call her a "whiny" "attention whore," Jones' interview was an unguarded acknowledgment that even successful public figures aren't immune to the pain of being torn down by what she calls "the negativity" out there. "I think there's lessons to be learned when you win, and there's lessons to be learned when you lose," she said.

Including the lesson that even big girls cry.