The debate over whether the U.S. should tax medalists is absurd: Why is their income more privileged? 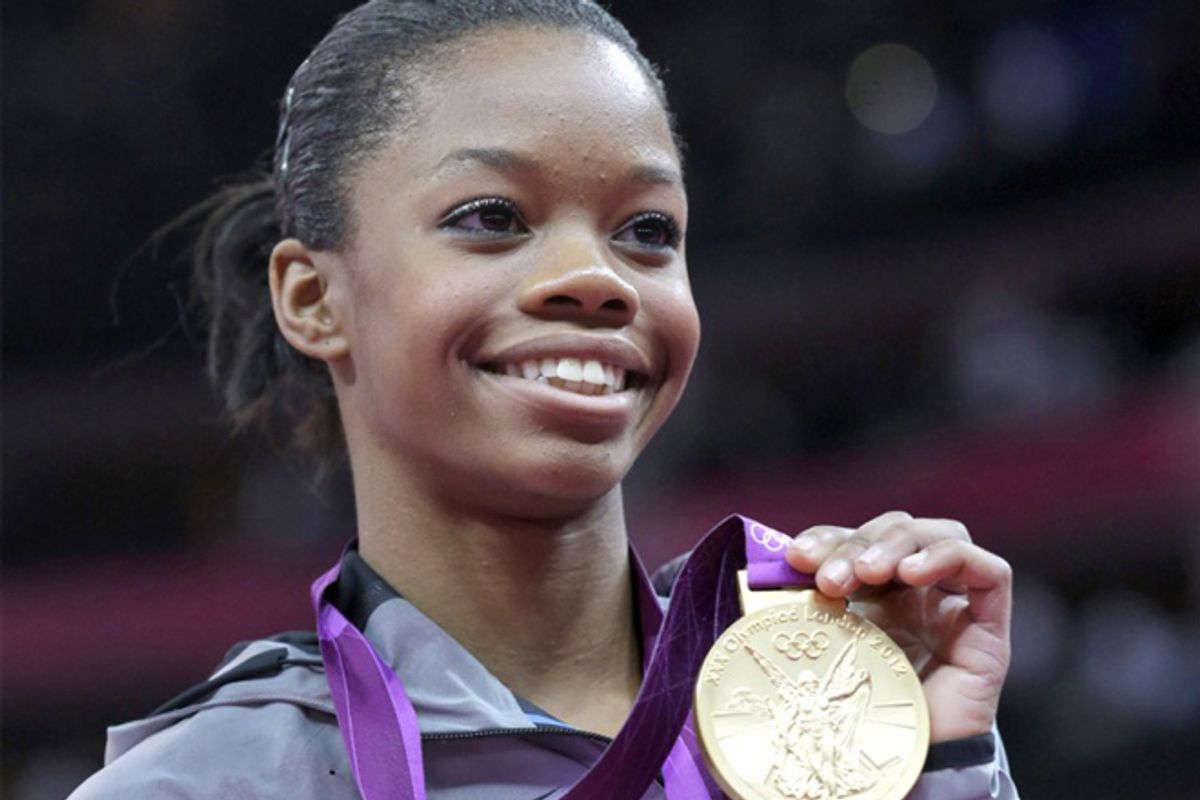 Florida Republican Sen. Marco Rubio says the American tax code is "a complicated and burdensome mess." He and his fellow lawmakers who have repeatedly expressed such a sentiment are absolutely correct -- the code is indeed chock-full of special-interest write-offs, credits and subsidies that exacerbate the federal deficit. And they are right to criticize the unfairness of such a system, because while these loopholes are typically written to reward tiny groups of wealthy, politically connected and/or high-profile Americans, the rest of us lowly proles are subject to the regular rules, and get no such special treatment.

So it is both galling and perplexing to see the same politicians, led by Rubio, this week propose a special tax exemption for the income U.S. athletes earn on their medals at the Olympic games.

This kind of exemption, which yesterday was endorsed by President Obama, is offensive for a number of obvious reasons.

First and foremost, there's the sheer hypocrisy. A special carve-out exemption for the income a medalist earns is precisely the kind of loophole that has made the tax code "a complicated and burdensome mess." You can't purport to be concerned about that mess, while also making the mess even worse.

Additionally, the exemption is largely unnecessary; according to tax experts, existing write-offs mean most Olympians won't pay any levy at all on the money they make at the games.

But maybe worst of all, if enacted, the exemption would send a troubling message about what kind of income the U.S. government says should be a priority. Effectively, the loophole would say that income earned at high-profile, privately funded, privately administered sports competitions is so important and such a high priority, it should receive a total tax exemption that so many other forms of income do not receive. Put another way, it would have the tax code say unequivocally that athletic income is more important than other forms of income -- say, income earned defending and protecting our communities.

That's an ugly message, for sure -- but, sadly, it shouldn't be that surprising. After all, America is a nation that regularly pleads poverty to justify cuts to police/firefighter salaries and denials of benefits to first responders -- all while spending billions a year on sports. Logically -- if hideously -- it thus stands to reason that this same nation would be supportive of providing a total tax exemption to income earned from playing recreational games -- one that is, for instance, not afforded to income earned by police officers, firefighters and first responders as they physically defend our communities.

For their part, Rubio and his bipartisan coalition claim that subjecting Olympic athletes to the regular income tax rules the rest of us are subject to is somehow a form of targeted persecution. They argue that "Olympians who dedicate their lives to athletic excellence should not be punished when they achieve it."

Framed in such demagogic terms, you might think Olympians get home with just their medal and a big tax bill -- as if a supposedly unappreciative nation's reward to homecoming victors is a draconian demand to come up with a massive tithe out of thin air. Yes, that would be an unacceptable punishment -- if it actually worked that way.

But that's the thing -- it doesn't work that way at all. As ATR notes, Olympians are simply required to count the value of their physical medal as a taxable asset (a gold medal is worth $675, a silver $385 and a bronze under $5) on their tax forms just as any American who receives an asset has to do.

Additionally -- and more substantially for tax purposes -- they receive a cash prize of $25,000 for a gold medal, $15,000 for a silver and $10,000 for a bronze. All of this means that any levies -- if they are somehow still owed after existing write-offs -- don't come out of athletes' pre-Olympic bank account. They come out of an asset and cash income windfall athletes receive upon winning their medals -- a windfall that is taxed like similar forms of income any American earns.

Does this still qualify as "punishment"? One way to answer that question is to ask whether you think subjecting, say, game-show winners' income and prizes, lottery winners' income or poker competition champions' income to regular income tax rules is also "punishment." Most people likely (and rightly) believe that's not a "punishment" at all, so why would it somehow be punishment for the winner of a swimming race?

An even better way to ponder the "punishment" question is to pose two other queries: 1) How can the concept of being subject to the same tax rules as everyone else be portrayed as special "punishment" and 2) why is the concept of paying any taxes at all now equated with "punishment" rather than patriotism?

This latter question is particularly vexing in the context of the Olympics. During the games, America celebrates itself and its athletic dominance via a paroxysm of self-congratulatory hyper-nationalism among lawmakers, pundits and fans. Left unmentioned in the "USA!"-screaming hoopla is the fact that much of what has made America such a great nation is our past willingness to invest in public institutions. Those include everything from the military to public schools to community rec centers -- the latter duo being just two examples of many investments that often play a key role in nurturing our future Olympians.

Taxes, of course, are necessary to finance those investments, and therefore paying those taxes is one of the clearest ways for all of us -- including athletes -- to fulfill one's basic duty to country. By contrast, pretending taxes are a punishment and insisting athletes should get a special exemption is the opposite of fulfilling that duty, no matter how much craven politicians wrap such rhetoric in the flag.