Liz Thompson, president of Susan G. Komen for the Cure, is leaving, and founder Nancy Brinker is stepping down 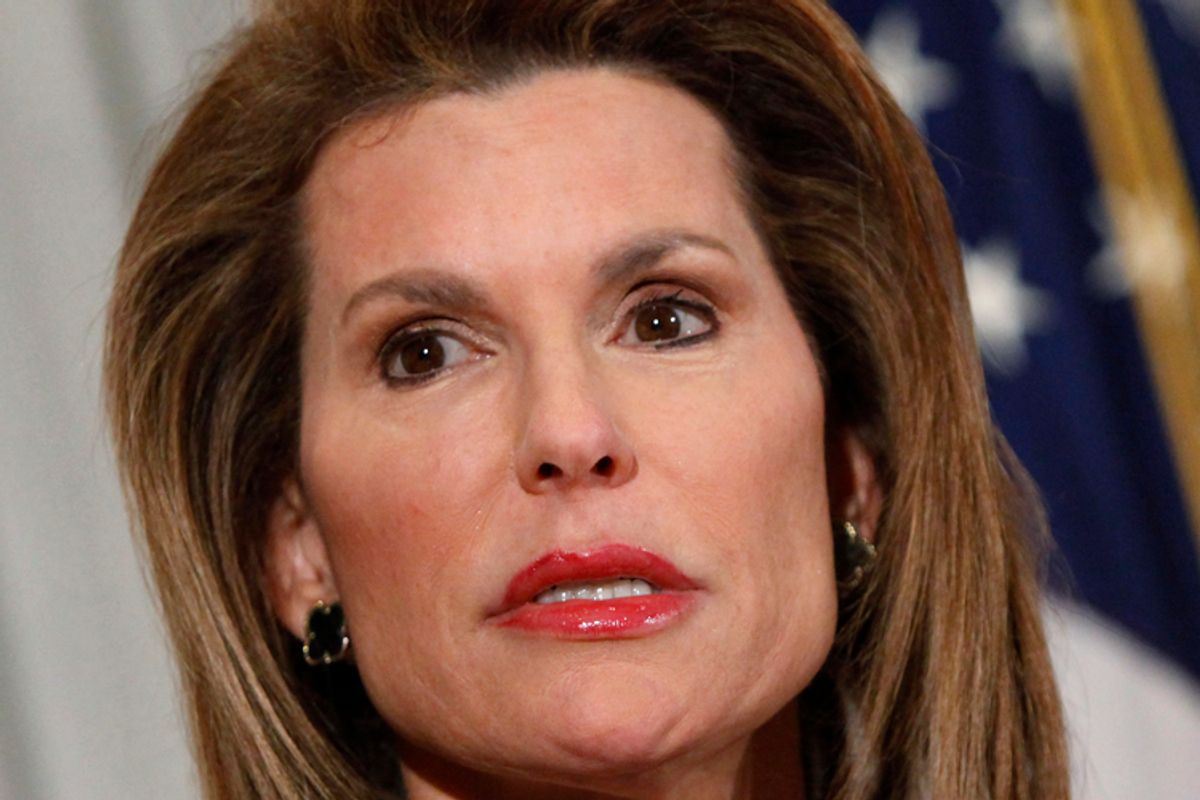 Nancy Brinker, founding chair of the Susan G. Komen for the Cure (AP)
--

DALLAS (AP) — The president and the founder of Susan G. Komen for the Cure are stepping down, the nation's largest breast cancer foundation said in announcing a major leadership shake-up. The high-profile departures come amid continuing fallout from Komen's decision earlier this year to briefly end funding for Planned Parenthood.

President Liz Thompson will leave Komen next month and founder Nancy Brinker, who has long been the public face of the charity, will relinquish her chief executive's role for a position focused on fundraising and strategic planning, according to a statement released Wednesday by the Dallas-based organization.

The foundation announced in January that it had decided to eliminate its funding for Planned Parenthood for breast-cancer screening. Komen said it made the decision because Planned Parenthood was the focus of a congressional investigation, which was launched at the urging of anti-abortion activists.

Komen restored the funding after a three-day firestorm, but it didn't quell the criticism. At least five other high-ranking executives also have resigned, and organizers of many Race for the Cure events saw their participation numbers drop.

Brinker founded the organization in 1982, two years after her sister, Susan G. Komen, died of breast cancer. Thompson joined the group in 2008 to head research and scientific programs, and she was promoted to president in 2010.

According to the statement, which makes no reference to the Planned Parenthood decision or fallout, Thompson said the time was right for her to pursue other opportunities. She hailed the organization's leadership in pursuing a cure for breast cancer and for helping women and men with cancer screening, diagnosis and treatment.

"That legacy will continue. It has been a privilege and an honor to serve in this role," she said.

Brinker praised Thompson's work in expanding Komen's influence in scientific, community health, advocacy and global programs. As for her changed role, Brinker said she assumed the chief executive's duties at the request of the foundation's board in 2009.

"Three years into that role, and 32 years after my promise to my sister to end breast cancer, I want now to focus on Susan G. Komen's global mission and raising resources to bring our promise to women all around the world," she said.

Cecile Richards, president of Planned Parenthood Federation of America, praised both women for their "profound contributions to women's health" and for helping elevate the importance of breast cancer detection and prevention. She also noted that "the Komen-funded Planned Parenthood programs have helped thousands of women in rural and underserved communities get breast health education, screenings, and referrals for mammograms. We are proud to continue this work together."

Some Komen affiliates were among those publicly opposed to cutting off Planned Parenthood. In the days after Komen decided to restore the funding, Komen policy chief Karen Handel resigned. She had opposed abortion as a Republican candidate for Georgia governor and had become a target of those angry about the decision to halt funding to Planned Parenthood.

And organizers of individual Race for the Cure events — 5K runs and walks that account for most of the charity's fundraising — saw participation decline by as much as 30 percent. Most also saw their fundraising numbers sink, although a couple of races brought in more money.

Race organizers have acknowledged the effect of the Planned Parenthood debacle, which angered people on both sides of the abortion debate.

In response to questions Wednesday about the controversy, Komen spokeswoman Andrea Rader said "I think Liz (Thompson) made clear in her statement that we feel that we've moved past that."

The foundation has invested $1.3 billion in community programs over 30 years to pay for screenings, education, and financial and psychological support for those fighting breast cancer, according to Komen's statement.

From The Wires Liz Thompson Nancy Brinker Susan G. Komen For The Cure