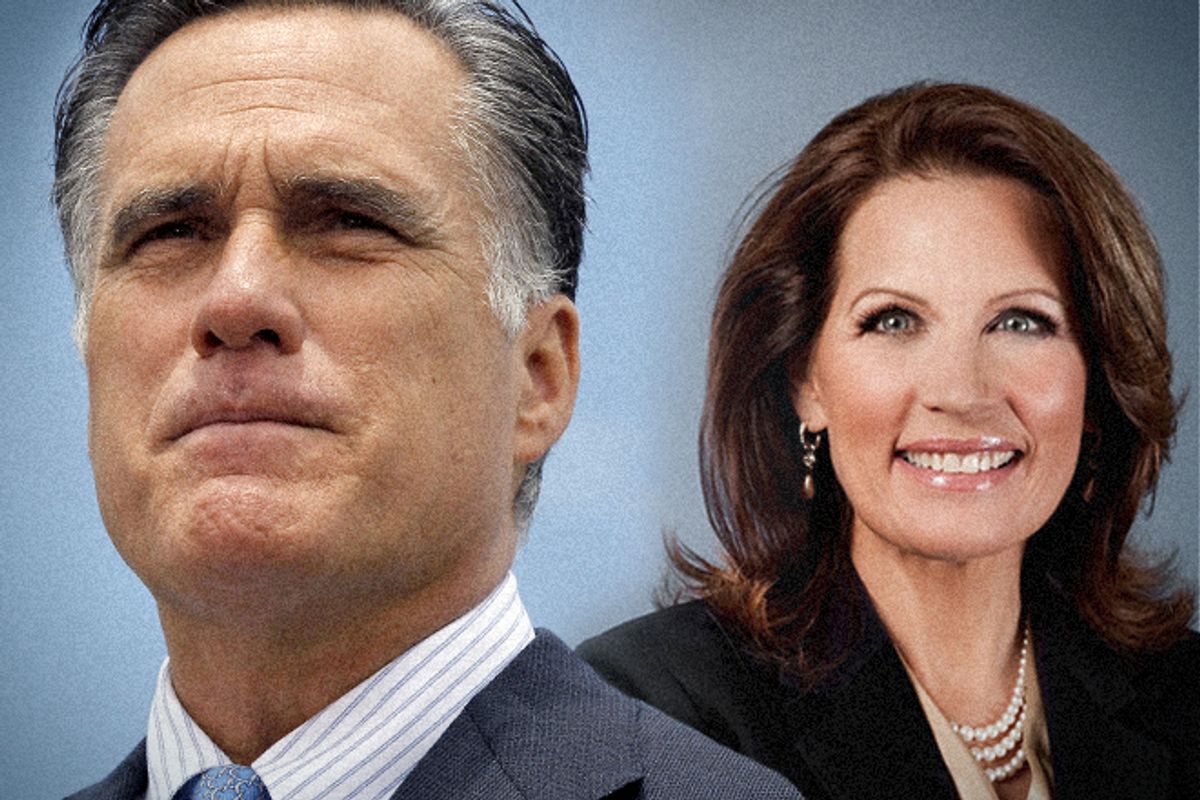 Salam Al-Marayati, the longtime president of the Muslim Public Affairs Council, thinks Mitt Romney needs to do more to disassociate himself from U.S. Rep. Michele Bachmann's wing of the Republican Party. When a reporter asked Romney Friday about Bachmann’s attempt to root out Muslim Brotherhood infiltration in the U.S. government, he brushed off the question, saying, “I’m not going to tell other people what things to talk about. Those are not things that are part of my campaign.”

Al-Marayati, one of the most well-known Muslim voices in public life, thinks that’s not good enough. “Romney has the responsibility to state where he stands because he cannot have it both ways. When he doesn’t comment, he is giving legitimacy to Bachmann’s point of view, and this is now going to be aligned with Romney’s point of view. Whether he personally believes it or not, this will be the perception. And perception becomes reality,” Al-Marayati told Salon.

Meanwhile, the Council on American-Islamic Relations is calling on Romney today to explain his recent meeting with Lt. Jerry Boykin, a retired general who has made a second career bashing Muslims. "Romney would rightfully never meet with an anti-Semite or white supremacist, so why would he meet with an infamous Islamophobe?" said CAIR national legislative director Corey Saylor in a statement.

Al-Marayati noted that there are “two diametrically opposed” wings of the GOP on this issue -- Bachmann’s, which is suspicious of Muslims; and Sen. John McCain's, which denounces the kind of implications Bachmann’s wing likes to make and defends persecuted groups. Romney, Al-Marayati says, has to pick one. “The John McCain approach is representative of the Grand Ol’ Party -- the party of Lincoln.”

“Romney’s silence speaks volumes of where he stands on this issue,” Al-Marayati said. “Running for president is not a dodgeball game." It’s odd, Al-Marayati noted, considering that Romney was the candidate who gave Herman Cain the strongest rebuke during the GOP primary (though it was still pretty mild) for saying he wouldn’t hire Muslims to his cabinet. Al-Marayati said he “expected” that of a person “who belongs to a faith that understands religious [persecution] too well and knows the history of religious persecution in this country.”

Romney came under fire last year for hiring Walid Phares as an adviser, another person with a history of making disparaging comments about Muslims. CAIR asked Romney to drop Phares, who was also implicated in the 1982 massacre against Muslims while serving as a militia leader in Lebanon’s bloody civil war.