A scathing critique of Lolo Jones raises the question: What's the right way to be an Olympic female athlete? 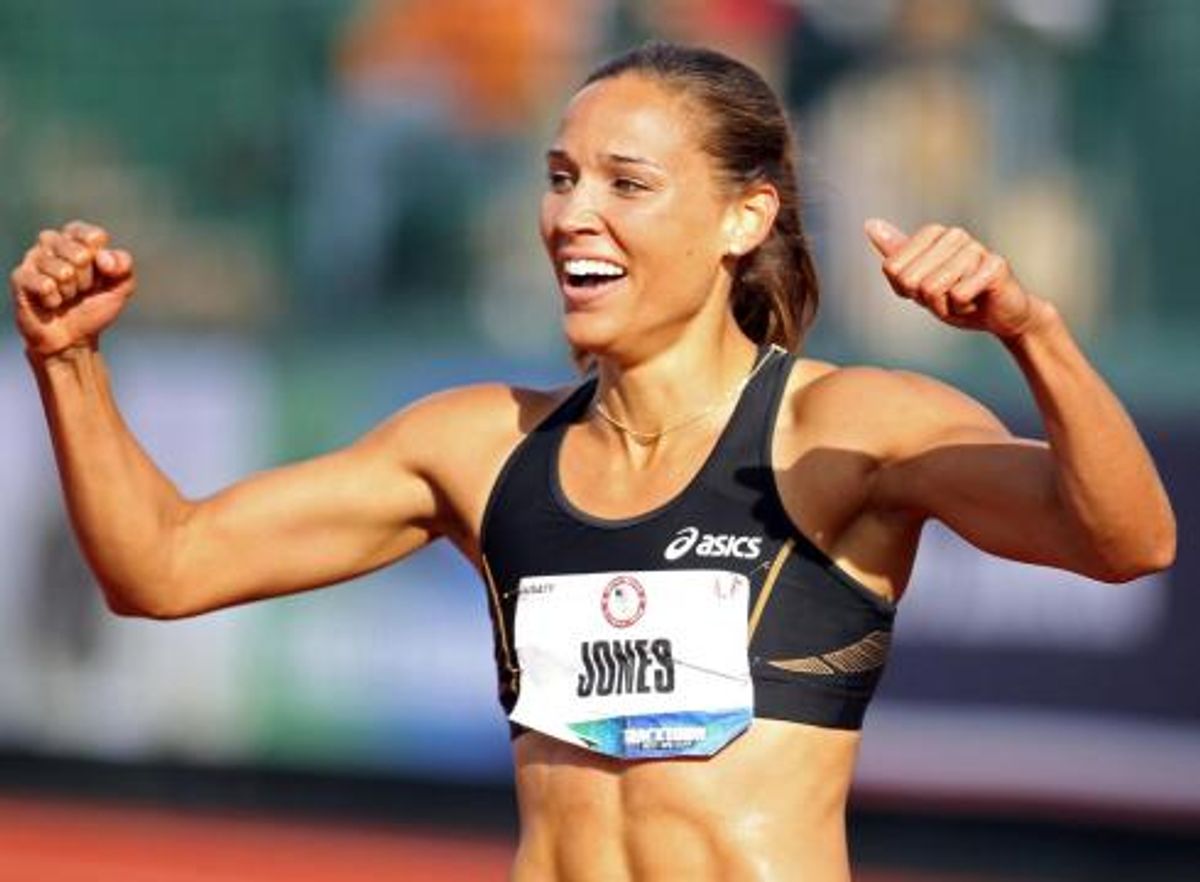 Over the weekend, Jeré Longman of the New York Times published this piece about female Olympic hurdler Lolo Jones. It is, by all accounts, pretty scathing. Alyssa Rosenberg calls it “one of the nastiest profiles” she’s ever seen. David Roth calls the article “unfounded and unfair,” and Isaac Rauch of Deadspin found it so harsh that he goes to considerable effort to tear it apart line by line. Additional takedowns here and here.

But all these critics of the Times piece are missing the point. Lolo Jones needed to be called out for committing what’s become an all-too-common mistake: trying to be Olympic while female. It goes without saying that she’s doing it all wrong. Sure, she’s representing her country on the world stage, raking in endorsements and inspiring an entire generation of young women to achieve their dreams. But Jeré Longman has a point, as he sits in a dark room typing furiously away on his computer while googling “lolo jones sucks, amirite?”  And his point is this: There really is only one right way to be an Olympic Female Athlete. I understand that this may seem confusing right now, what with all the opinions being bantered about. Thankfully, I’ve compiled all the rules here, in one place. You’re welcome.

DO have a compelling story of perseverance. At the very least, you should have sustained multiple injuries on your journey to Olympic greatness. Bonus points if you come from poverty and/or a broken home. Whatever you do, be sure the sentence “she had a brief and desperate career as a child shoplifter” applies to you. This will come in handy later when the New York Times wants to portray you in a mocking, unfavorable light.

DO be feminine. Consider yourself warned: Should your behavior while kicking ass in the sport of your choice arouse suspicion of indecent amounts of manliness, hormone levels are fair game.

DO be lucky. It’s the only way to win while female.

DO pick a v-word and stick with it. Have you ever been a victim? There goes your career as a vixen. Never had sex? As a virgin, you’ve forgone the opportunity to become a violinist. And if you would at all classify yourself as vituperative, voluptuous, or venerous, best not try to travel for leisure, lest you come to be known as a vacationer or a voyager in the process.

Now onto the Don’ts:

DON’T talk about your compelling story of perseverance. Let others discover the dark truths of your past and debut them on a network hour-long special featuring touching, feel-good music and interviews with your old neighbors and schoolteachers. The world will come to know your story, but you must never tell it to them directly. The media will do that for you!

DON’T cry. There’s no crying in the Olympics.

DON’T be fat. Are you a top athlete competing to be the best in the world? Fatty.

DON’T be hot. Lest your skills be perceived as more meager than your looks (see “do” number 4) and you mistakenly draw more attention to beauty than achievement. Which reminds me:

DON’T be ugly. As an Olympic athlete, it’s your job to make sure you’re attractive to everybody all the time. On a related note, be sure to get that hair did!

If this all seems a bit much, there’s one simple rule you can follow: DON’T be a woman at all. Because let’s be honest: These days, if you want to be an Olympic athlete without incurring the wrath of the New York Times and other mainstream media outlets, as a woman you’ve already messed up your chances.