"Hell on Wheels": Good enough for an August western 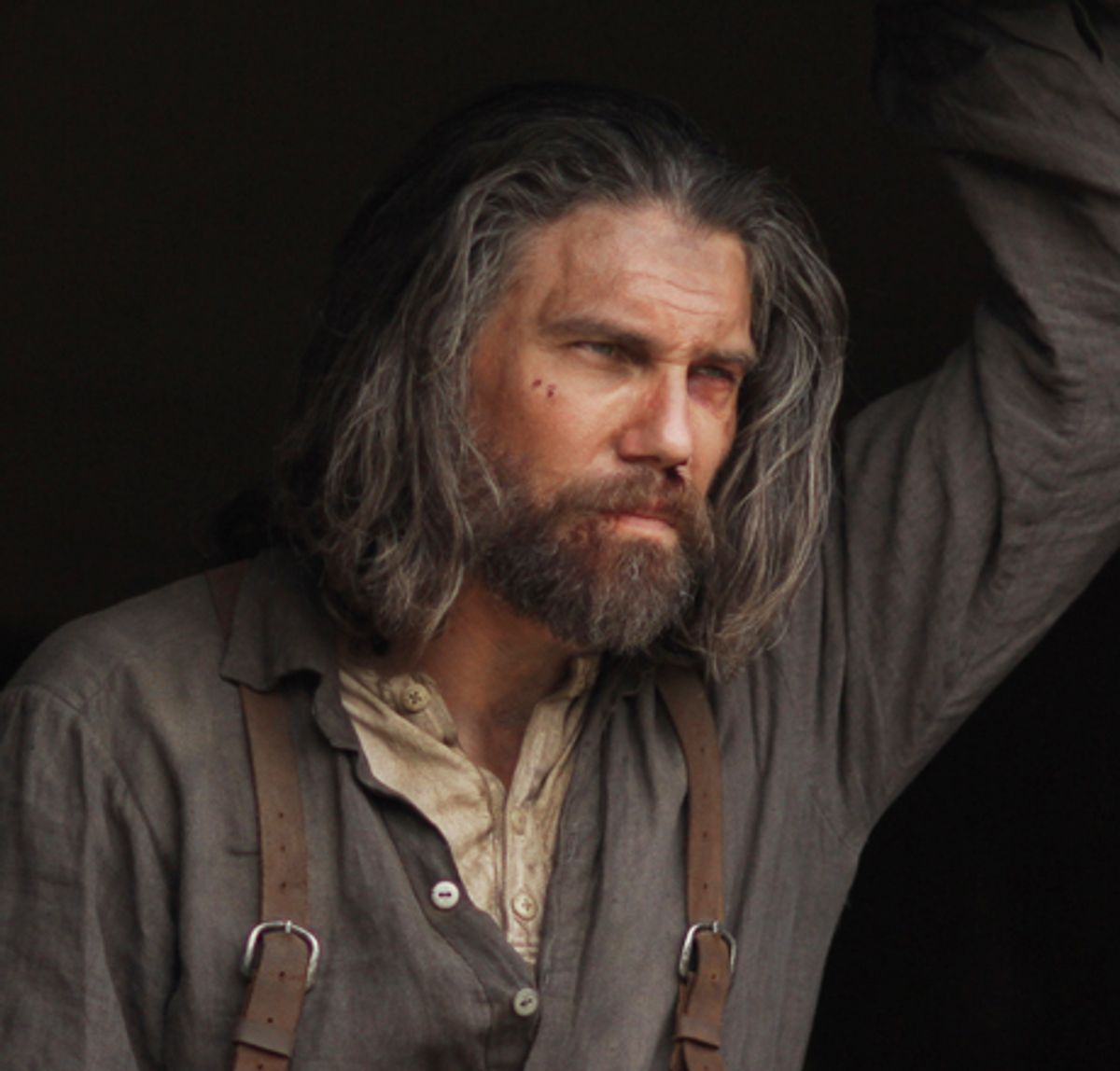 Cullen Bohannan, the grizzled, haunted, violent Civil War veteran with long hair so thick and matted it looks like it could stand up all by itself, escapes certain death three times in the first two episodes of AMC’s western “Hell on Wheels,” which returns for its second season on Sunday night. Unlike in action movies where the hero typically survives such close encounters because of his enemies’ speechifying — the bad guy dilly-dallies by outlining his hateful world domination strategy, giving the protagonist time to muster his resources and allies —most of Bohannan’s near-killers, like Bohannan himself, are the taciturn types. And besides, they have no grand agendas. They’re just foils in grimy period costumes, shuttling Bohannan back to the moving railroad town of Hell on Wheels from which he fled at the end of Season 1. Forget motives, there’s a TV-show gang to get back together again.

“Hell on Wheels” is one of the Fauxpranos, those serious-minded TV shows featuring an antihero, macho hierarchies, a twisty morality and a super-specific setting, but, despite hitting every easily copied item on the “I would like to be a great and revelatory television program” checklist, remains only a facsimile. Imagine “Deadwood” with one-one hundreth of the words and a pulsating soundtrack and you’re almost there with “Hell on Wheels,” which is also set in the post-bellum West. What would “Deadwood” be without all the gimcrack oratory? An object lesson in the genius of showers?

Taken on its own merits — which is to say, ignoring the show’s own quarter-realized ambitions — “Hell on Wheels” is a perfectly adequate piece of television with above adequate production values. (It looks so good you can almost smell it, and it certainly smells horrible. Whatever production designer created the gnarly, disheveled goat-llama creature that gets fleetingly carried through town, upside down and strung on a spit because it's soon to be dinner, deserves a special commendation.) It’s a solid enough construction that it should easily appeal to the huge, underserved western-hungry audience that recently tuned in for the History Channel's “Hatfields & McCoy’s” miniseries.

Even if westerns aren’t particularly your thing, “Hell on Wheels” doesn’t hurt to watch, if, you know, it's not actually fun to watch. (The same can’t be said of some of the other Fauxpranos, like Starz’s painful "Magic City.") There are some highlights, including the ongoing biracial bromance between Bohannan (Anson Mount, once of the Britney Spears movie “Crossroads”) and the former slave Elam, played with welcome intensity by Common; Elam’s neckbeard; the performance of last season’s stand-out the Swede (Christopher Heyerdahl), the one character who seems complex and freaky enough to fit right in on “Deadwood." In the slow TV time that is late August, you could do worse — but it will be September soon.