Besides a number of stellar performances in London, the region is an overall Olympic underachiever. Here’s why 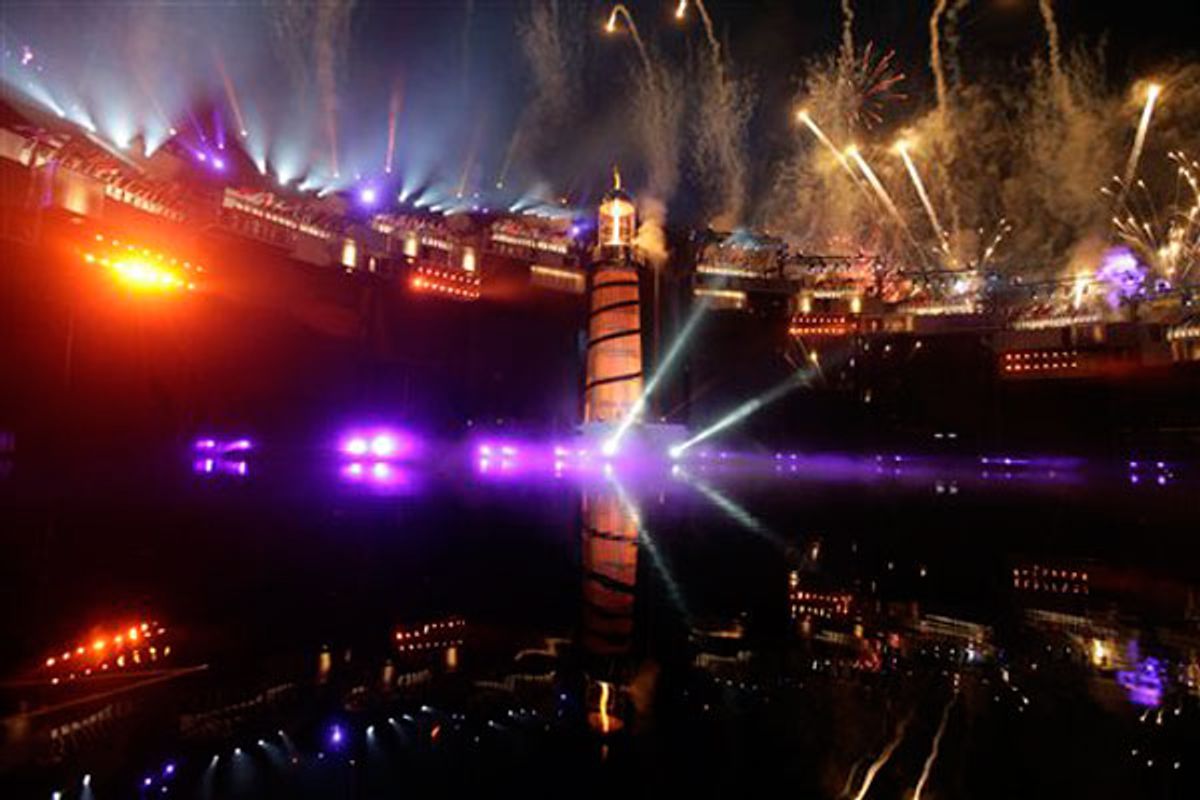 LIMA, Peru — If there were a gold medal for watching the Olympics on TV, Latin America would be a serious contender.

However, as millions here follow events in London obsessively, the reality is that the region has largely failed to live up to its sporting potential for decades, and relatively few Latin Americans have ever graced an Olympic podium.

Before the London games started, the region had a total of 128 Olympic golds. If that sounds like a lot, it's worth remembering that Sweden has 190, Australia, 136 and South Korea, 91.

And just over half Latin America’s golds, 67 to be precise, come from Cuba, where the Castro regime has dedicated vast amounts of state resources to achieving international sporting glory. Most of the rest come from just three countries, Brazil — the runner-up with a total of 20 — Argentina, and Mexico.

Even when a country has an unexpected success, it often only highlights how much the region lags. Ruben Limardo’s surprise fencing triumph in London last week was Venezuela’s first gold medal in 44 years. Erick Barrondo won silver for the 20-km race walk, Guatemala’s first-ever Olympic medal. Those helped edge the region's 2012 Olympic medal count above the 30 mark this week.

There is little mystery to Latin America’s underachievement, according to Bolivia’s vice minister for sport, Miguel Angel Rimba, whose country has yet to win its first Olympic medal.

“It’s poverty,” Rimba, a former soccer player who represented Bolivia in the 1994 World Cup, told GlobalPost. “There are few countries in Latin America that can spare significant resources to dedicate to sport.”

He might have added that many of the region’s youngsters suffer from malnutrition. Just getting three square meals a day is usually their most pressing priority.

That applies even for Olympians. One, Peruvian distance runner Mario Bazan, eliminated in the heats of the 3,000 meter steeplechase, has complained of being unable to afford breakfast as he prepared to compete in London, Peru’s La Republica newspaper reports.

Yet as other developing countries such as Jamaica and Kenya see their medal hauls grow, some wonder what further hurdles could be tripping up Latin American nations.

“There is also a cultural issue,” notes Gerardo Lopez, of the state-run national sports institute in El Salvador, another country without a single Olympic gong.

“Many people regard sports as an activity for idle people, something that robs school kids of time they could use to study.”

It is not as though Latin America’s relative underachieving at the Olympics is rooted in overall sporting failure.

The region is soccer-mad, and Argentina, Brazil and Uruguay have all won the World Cup — the only sporting event that achieves higher global TV ratings than the Olympics — nine times.

Meanwhile Brazil is a superpower in what is thought to be the world’s fastest growing sport, mixed martial arts, or “cage fighting.” And the sheer volume of world-class boxers produced by Mexico is matched only by the United States.

But MMA is not an Olympic sport — yet. Meanwhile, few boxers growing up on the wrong side of the tracks in Mexico waste any time with the amateur version of their discipline, bypassing possible Olympic glory by heading straight into the professional ranks.

But with Rio de Janeiro due to host the 2016 Summer Olympics, things may be about to change.

Much of Brazil’s spending for the games is going into infrastructure, with the country intent on learning from London’s claim to be the first environmentally sustainable Games ever.

"It is important that we leave a legacy behind, a material one, a social one and a spiritual legacy, values, these are not material things," Sports Minister Aldo Rebelo recently told Reuters.

"We want Brazil to be seen as a country that balances economic progress with social wellbeing. This will be a very important message for the world."
The South American giant also has its eyes firmly set on the podium and now has a major sponsorship program to support international-class athletes as they prepare for Rio.

But many of Brazil’s neighbors cannot hope to match that, or even come close. The Bolivian government has just reached a deal with the country’s largest brewery to sponsor 10 athletes through the next four-year Olympic cycle, up to the Rio Games.

If that sounds like not much, it is 10 athletes more than the Andean nation has ever had sponsored before, Rimba noted. The focus will be on sprinting, swimming, tennis, cycling and — making the most of Bolivia’s altitude advantage — long-distance running.

Yet huge challenges remain. In El Salvador, for example, most of the country’s modest sports infrastructure is concentrated in the capital, San Salvador, Lopez said. Few youngsters in the provinces ever get a chance to test their potential in a sport other than soccer.

Meanwhile, Paraguay, another country that punches above its weight in soccer but not much else, does not have a single Olympic 50-meter pool for its one world-class swimmer, Benjamin Hockin, to train in.

Hockin, a dual British-Paraguayan national, who represented Great Britain in Peking before switching allegiance to the South American country, may only be competing in London right now thanks to the training facilities in the UK where he grew up.

Now, with Rio 2016 due to be Latin America’s first Olympics since 1968, many here are hoping that the region, led by Brazil and the growing financial clout it is providing to its athletes, can finally start to approach the medal tallies of sporting superpowers such as China, the US and Russia.