I thought it'd be a boring white guy, but it's a far-right white guy instead 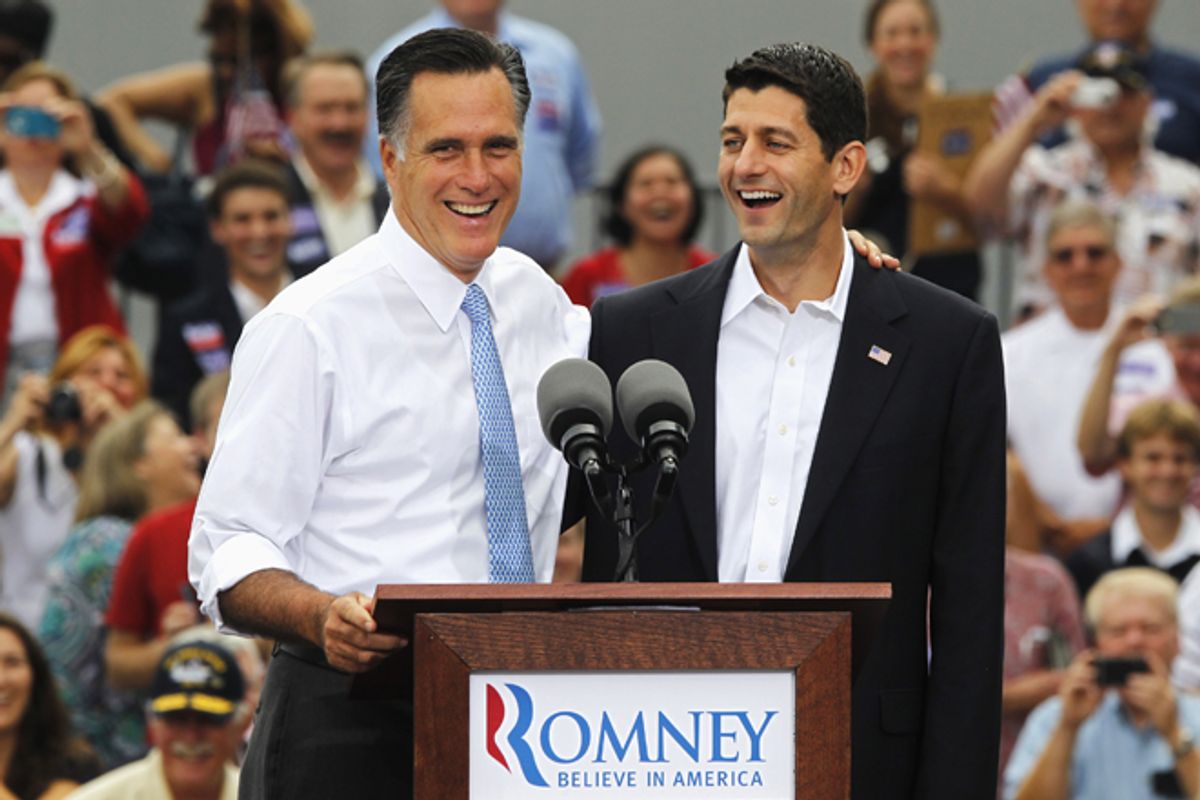 Hey, Paul Ryan! People love that Paul Ryan! The only downside, with Paul Ryan, is everything he believes. The Obama administration cackles with glee imagining the opportunity to explain the contents of the Ryan budget to moderate voters. Ayn Rand starts showing up in Democratic attack ads if Paul Ryan is the running mate.

And then I concluded with, "please enjoy watching every pundit who confidently made a bullshit prediction pretend it never happened."

I was wrong! (Though I think I'm right about the cackling, still.) I thought Romney was too smart and too risk-averse to go with an even slightly polarizing figure, but Romney made the "surprise" pick. Though, let's be honest, Ryan is still a boring white guy, he's just a boring white guy with excitingly far-right economic and budget policy preferences.

What I also couldn't have predicted is that Romney would make his decision a Friday night news dump, leaking it too late for the evening news and announcing it on a Saturday morning when no one is paying attention to politics. He probably did this because he hates the press and he wanted to ruin everyone's weekend. He seems to have given advance notice, though, to a few commentators, including his biggest media booster, the Washington Post's Jennifer Rubin. Rubin, as we all remember, is unable to, say, correct malicious mistakes in her posts while she is observing the Sabbath, but she was able, thank god, to write and schedule a post on the Ryan pick that went up at nearly 2 a.m.. She thinks the Ryan pick is a brilliant, canny decision, obviously. And it totally is, as long as no one successfully explains to voters what Ryan actually believes.