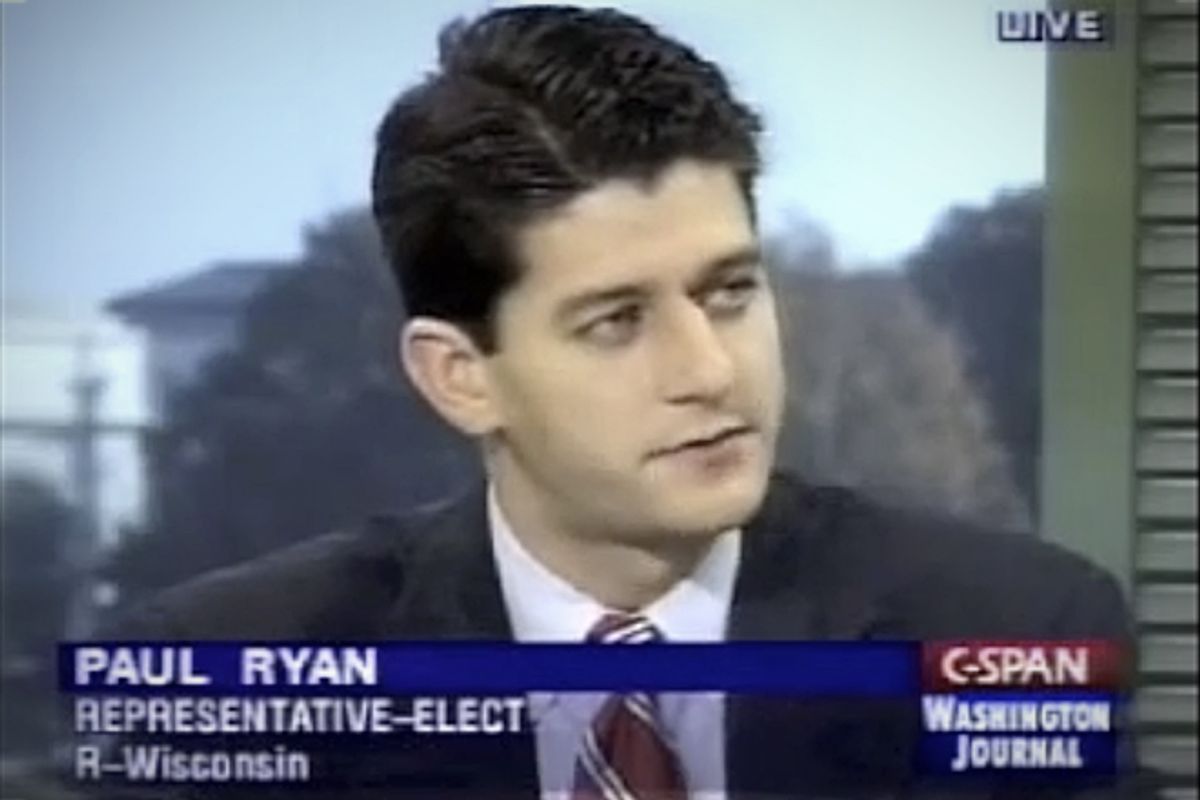 Lydia Spottswood, the Democratic woman whom Paul Ryan bested in his first-ever political race for Congress in 1998, told Salon today that no one should underestimate Ryan's skills -- or his radicalism.

"I think that Ryan is much more formidable than many may know," she said from her home in Kenosha, Wis. That was already true in her race as a city councilwoman against Ryan, a 28-year-old former Hill staffer at the time.

"I found Paul Ryan more prepared for the rigors of a campaign than I had expected, and more polished than people expected of someone so young," she said. "He seemed very well-prepped, and he was also very smooth in terms of his ability to project a positive feeling in public settings."

That amiability, Spottswood said, allowed people to overlook his views on Social Security and Medicare, which even then involved a major overhaul for the programs -- a point she tried in vain to corner him on in the campaign.

"People had a perception of Paul that persists to this day, that he’s a moderate guy with moderate views," said Spottswood. "They don’t mind if he has extreme views, because he’s a nice guy."

At the opening of the race, Spottswood was favored to win by the local press, but the stakes quickly rose. Jack Kemp came to stump for his mentee, and Al Gore and then-Health and Human Services Secretary Donna Shalala showed up for Spottswood. Abortion-rights and gun groups also jumped in, and eventually, Ryan outspent Spottswood by a narrow margin.

Spottswood, who would have been the first congresswoman from Wisconsin, described herself at the time as "a nurse, a mother and the daughter and wife of veterans." Ryan was fighting characterizations of being a Washington insider, having been an aide to then-Sens. Robert Kasten and Sam Brownback. Spottswood recalled with a chuckle that he tried to counteract that by shooting ads of himself in a hard hat looking at building plans on construction sites.

Single at the time, he also tried to shore up his family values credibility by showing up at plant gates with his sister and her infant.

Spottswood, whose three children were school-age at the time, says now, "People would say to me in my district, 'We met Paul and his wife and baby.' At first I thought, no, no one would do that, then I saw him on television with a young woman and a baby standing next to him."

That year, the so-called federal Partial Birth Abortion ban, which vaguely banned a rare later procedure, had become a marquee issue in Wisconsin. A petition drive to recall Sens. Herb Kohl and Russ Feingold over their opposition to the ban (which was eventually vetoed by Clinton) had failed by only about 50,000 signatures the year before.

Ryan, says Spottswood, was "accepting not only contributions but also foot soldiers from the anti-choice movement." (He remains a reliably antiabortion and anti-family planning vote.) In the 1998 race, he ran ads against her that accused her of first opposing the Partial-Birth Abortion Ban, then having an "election year conversion."

"If you really move all the clutter and all the doublespeak out of the way, you realize that the modern Republican Party is championing the vision of Ayn Rand, every man for himself, and women get to take a very deep backseat," Spottswood says now.

She added, "One of the things that is said a lot in news stories is that Paul is a budget nerd. But  he’s a business agent for the robber barons of the 21st century." The Romney-Ryan campaign, she said, is  "promoting a reactionary vision for America, and Paul Ryan is a perfect foil for this."