Sutton Foster: I have to Google the "Bunheads" script

"Bunheads" star Sutton Foster always wanted to work with the creator of "Gilmore Girls." That doesn't make it easy 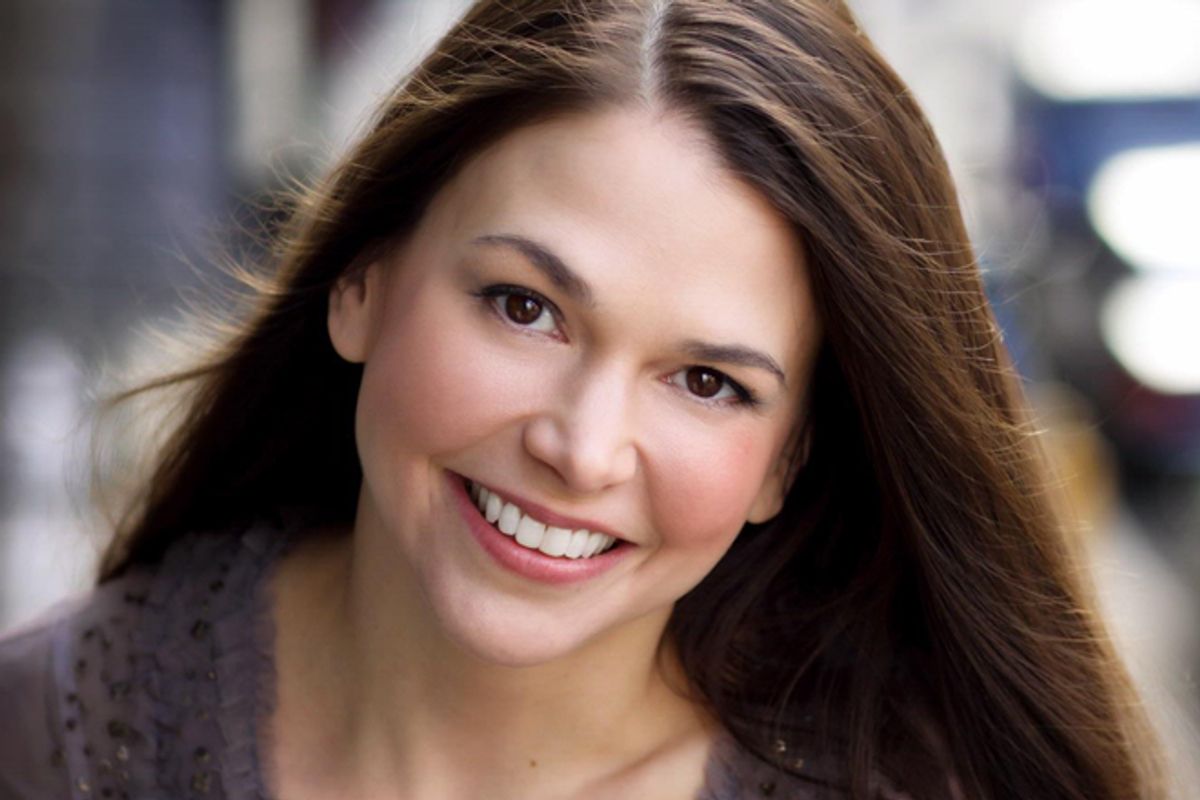 Foster, who has won multiple Tony awards for her work on Broadway, spoke with Salon about the show, how much she relates to Michelle and her love of "Gilmore Girls."

Were you looking to do a TV show?

I wasn't actively looking for a TV show, but I was at a point in my career where I was looking for something new, or just a challenge. And then I took a meeting with Amy. I was such a huge “Gilmore” fan, I remember telling my agent, “My favorite writer is Amy Sherman-Palladino. 'Gilmore Girls' is my favorite show. If she calls, I'd do anything.” I took a meeting with her, and I didn't know at the time that she was writing the pilot for “Bunheads.” About two weeks later, she called and asked for me to read the script and meet the network, and I was like "What?!" And I read the script, and it was the right timing and just perfect, so it was a no-brainer in my mind.

How big of a “Gilmore Girls” fan are you?

Oh, I’ve watched every single episode. I own every DVD. When I met her, all I wanted to do was talk about “Gilmore Girls.” I was like, “I'm sorry but I'm just asking all these questions.”

What about the “Gilmore Girls” did you want to know?

I wanted to know how she got the idea. I knew that she wasn't part of the last season, and I wanted to know about that. Whatever she would tell me. Even now, to this day, I still want to know things about it, but now she's a friend.

So do you feel more comfortable asking her or less because you know her?

I guess I feel more comfortable asking her, but I'm also now in her world, in this whole new world that she's created. Now I want to know more about what's going to happen on “Bunheads.” I keep trying to figure out where she wants things to go on “Bunheads.”

When you saw the pilot script, were you like, “Whoa! That’s a lot of words,” or was it not that different from some of the theater work you’ve done?

I don't have a lot to compare it to. I've done some TV and I've done a lot of theater, obviously, and the last character I played on Broadway was a very fast-talking broad. I'm used to learning material and words. The first script was 80 pages long and there was a huge monologue, but I'm a workaholic and an overachiever and I love a challenge. I've had massive brain melt, but it’s been really fun.

People who work in film often find a TV schedule to be very taxing, but how was it compared to theater?

I'm used to working hard. Theater can be very grueling, and that's all I've ever known. It's what I've done for 20 years, which is crazy. This is just a different pace. In theater you work three hours a day and it's very condensed, and TV is spread over 15. TV ended up being more exciting than I expected. Working on the show, I felt like “I'm having the time of my life.” I loved it.

Do you know most of the references in the scripts, or do you have ask what they are?

A lot of them I’ll know, but then some of them I'll Google. I try not to ask because Amy will be like, “You don’t know what that means?!” and she'll call me out in front of everybody. So I try to like do all the research that I can, so that I can come in and be like, "Oh yeah, I know that, whatever it is.”

The thing I love about Michelle is she's a mass of contradictions. She's swimming on top of all this stuff, and she covers it all with her sense of humor and the way she deals with the world and how she talks. But I think she's such a mystery, like who is this woman, really? I’m still figuring her out. But I know that in my life I'm attracted to complicated people. I think complicated people are interesting, especially when there are like 50 different things going on and you're like, "Well I want to know what that person's like." And Michelle's that way. Even after this last episode, you saw flickers of stuff come up for her, but she's still such a mystery and she's still so lost.

What do you find so mysterious about her?

I mean, I can relate to her. I'm in my 30s, I think my career is … I think I've probably made it farther in my career than Michelle has [pause while interviewer laughs], but in the other sense of, like, you think your life is going to be somewhere and it's not, I get it. I'm single. I just moved to a new city. I’m sort of starting over. I'm in Los Angeles. I don't really know what my life is right now. It's not what I thought it’d be at 37, and I think a lot of people can relate to that. I think Michelle is trying to find a place where she can settle down. I think she's a bit of a free spirit, so I don't know if she'll ever anchor down. I think she sees her future in Fanny and her past in these kids, so she's pulled between the two. And it's hard for her to let go of the dream. It's so complicated. I think she doesn’t want to be a grownup, I think she doesn't want to have responsibility, and yet she does. I mean, I get it. I see it. I live it. It's an interesting place to be, and I don't know what the answer will be for her.

I moved here for the show.

Yeah, I really like it here. It's so weird, I'm kind of in a bit of flux in my life, too. I’d been living in New York for 15 years, and I love New York, but I also felt like I was in need of a change or a shakeup or something. And I really love it out here. I may stay. I don't know yet, but I never thought I would feel that way. I always thought that I would, well, I don’t know what I thought. I loved New York, but I never quite felt like New York was my home either. I think I'm sort of searching for a place that I feel fits me, and California, in a weird way, suits my sensibility more than New York does.

Because it's more relaxed?

Yeah the vibe is just different. You know New York was starting to make me angry, even just to go out into the streets, you're like “I'm ready to walk 10 blocks and battle the crowds, or bundle up in like eight layers so I don’t freeze, or deal with the rain and the umbrella.” I like the person I am out here more than the person I am in New York, if that makes sense.

Sure it does. So you knew Kelly Bishop, who plays Fanny, before starting to film the show.

Yeah, we had done “Anything Goes” [on Broadway] together, but we didn't do scenes together. Our characters never interacted. I’m such a fan of hers from “Gilmore” and then she came on “Anything Goes” and I was like ‘Oh my God, oh my God!’ I would follow her around and ask questions. And then we both ended up working on “Bunheads.” It’s just beyond. We have such a rapport and such a respect for each other.

When I interviewed Amy, she said initially you guys were almost too friendly, because the characters were supposed to have a more awkward relationship.

It was funny because when we shot the pilot, Amy gave us a note. She said, "OK, you guys. You're a little too comfortable, and you're enjoying each other too much.” We were like, "Oh, shit, you're right, you're right!" We do genuinely enjoy each other's company, so it's like you have to add a few spikes to that so that relationship has a little grittiness to it. But I think Michelle and Fanny actually enjoy each other as well, more than I think they ever want to admit. But it's fun to have to work to not like somebody whom you like so much. I'd rather that than the other way around.

Do you have a favorite scene from the show?

One of my favorite scenes is the scene with Boo’s mom and the juicebox and the cookies. It’s so sweet, it's so funny, but it's also telling. It has a lot of Michelle's backstory in it, which I really like, about her mom, like the fact that she doesn't really have a mom, and I think that's so interesting and very important.

Did you have a suspicion about Michelle's mom being sort of absentee before that scene, or was that when that idea was introduced to you?

I knew that Michelle had a bit of a lack of parenting. Amy and I had talked about that, that there was a real lack, like she really didn't have a mother figure. I don't think her mother's dead or gone, I just think she did not have an active role in her life and hasn't for a long time.

Do you watch other TV? What do you like other than “Gilmore Girls”?

I don’t watch a lot of stuff live. I like to watch everything back to back to back, but I love television. I love episodic TV. I get obsessed with shows and characters. I just watched the first season of “Revenge,” which I loved. And then I watched “Downton Abbey,” which I’m obsessed over, and “American Horror Story,” which I love. And I’m watching “True Blood,” which I’ve watched from the beginning, and which I love. I love “Grey’s Anatomy.”

A little bit! I do. I can't help it. But I love “Gilmore Girls,” and I would've loved “Bunheads” too. And I get into other types of stuff, too, but I totally like the girly stuff. It’s an escape or something.

Do you pay attention to the ratings for “Bunheads”?

I'm a little aware of it because I care so much about the show and I want it to continue. And I realize you have no control over it, it’s so frustrating. You can't force people to like it or force people to watch it. To me, no matter what happens, if we only get to make 10 shows, it's been such a win for me, personally and professionally. I want it to continue for a long, long time, but I try to be at peace with whatever happens because I'm not in control of it.

It’s funny because even though it’s not that highly rated, this is probably a lot more people than have seen you on Broadway.

It's so amazing to me, like, one and a half million people watch our show, and that’s in one night. That's more people than ever saw me do, you know, 300 performances of a show. And it is kind of mind blowing when you really think about it. It's like "Wow." But I’m very, very realistic about what Broadway is and how it reaches different people. This is kind of a trip.