He's the least popular Republican pick for V.P. since 1988, and some in the GOP are distancing themselves already 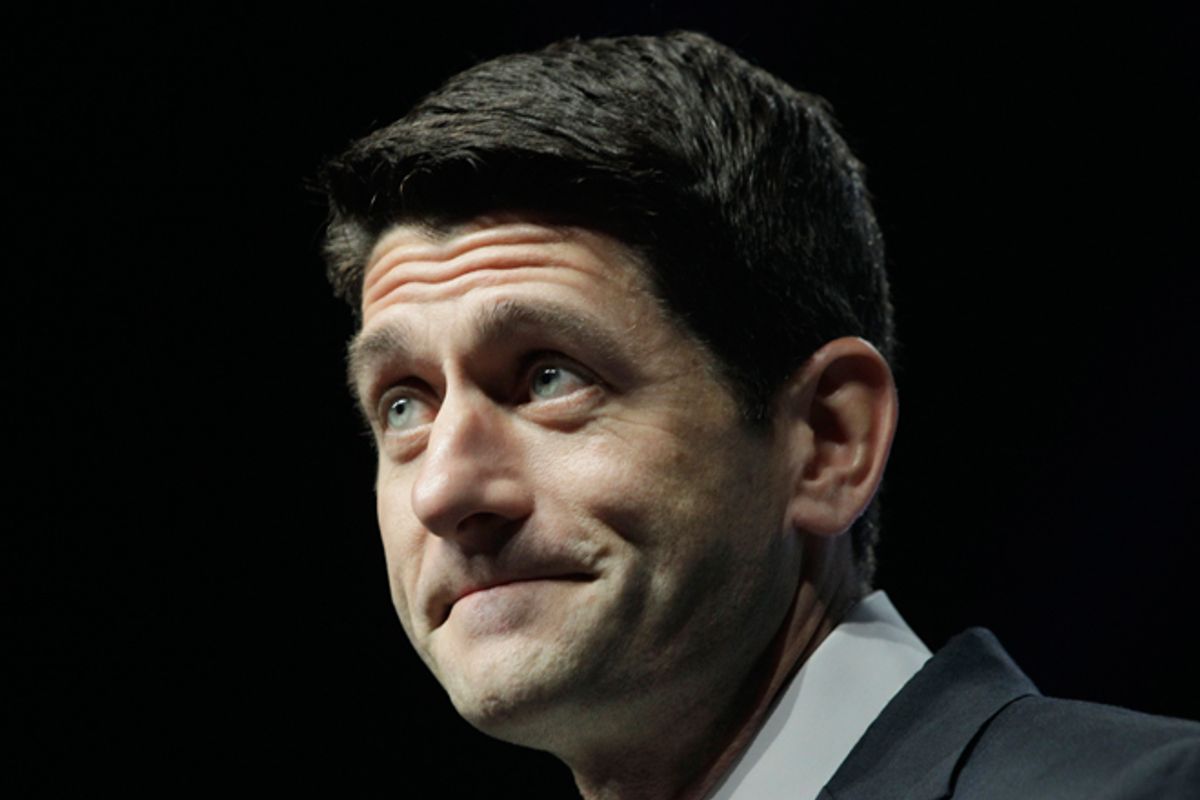 It’s been only three days, but there are already some signs that Mitt Romney’s pick of Rep. Paul Ryan for the vice presidential slot may give some GOP strategists heartburn. The first poll taken since the announcement, from USA Today and Gallup, shows that Ryan is, at the moment, the least popular number-two pick since 1988’s Dan Quayle.

Forty-two percent of Americans view Ryan as a "fair" or "poor" choice, while just 39 percent think he is an "excellent" or "pretty good" pick. The Romney campaign says this is just because Ryan is not very well known yet, but Sarah Palin had worse name recognition in 2008 than Ryan. About 50 percent of Americans knew Ryan before Romney picked him, while a “substantial majority” didn’t know Palin, according to a Gallup poll from the time. Nonetheless, Palin elicited a more positive reaction than Ryan, with a net positive rating of close to 10 percent, compared to Ryan’s net negative of 3 percent. Ryan does beat both Palin and Quayle when respondents were asked if the candidate is qualified to take over as president, should something happen to the president, but those are the only vice presidential nominees he beat out of the recent pool. Palin also helped raise almost twice as much money as Ryan in the first weekend after their selections, though she had an extra half day to do it, as her announcement came Friday afternoon and Ryan’s came Saturday morning.

But the biggest impact may be down ballot, where Republicans are starting to realize that the party's embrace of Ryan and, thus, his Medicare-altering budget may drag down House and Senate candidates. In the days since the Ryan pick, some GOP candidates have already tried to distance themselves from Ryan's plan. “Linda McMahon will never support a budget that cuts Medicare,” said a spokesperson for the Connecticut Republican Senate candidate when asked about the Ryan budget, for example. But going forward, candidates in moderate states and districts will be faced with a difficult choice: run away from the Ryan plan and thus their presidential candidate, create uncomfortable intraparty tension (especially when Romney visits their state) or embrace Ryan and Romney and take the political hit.

Bill Burton of Priorities USA, the Democratic super PAC backing President Obama, is gleeful about the possibility of tying House and Senate candidates to Ryan’s budget. In a memo sent to reporters today, Burton said their survey data has shown the budget was so toxic that they had trouble convincing voters that Romney and other candidates really support it. “By choosing Paul Ryan, Mitt Romney actually helped to solve one of the key strategic challenges we had in helping voters to understand that,” Burton wrote.

Republicans are apparently worried enough about this that they’ve already started “scrambling to inoculate their House and Senate candidates and provide some guidelines on how to respond effectively to the expected onslaught,” Politico’s Charles Mahtesian reports. A video presentation from the RNC’s political director, one of many presentations and strategy memos on Medicare circulating in GOP circles at the moment, suggests victory is “fighting Medicare to a tie.” He says, “Our entire mission was to fight this to a draw,” not a win.

Meanwhile, Ryan got heckled on Medicare at his first solo event today in Iowa.