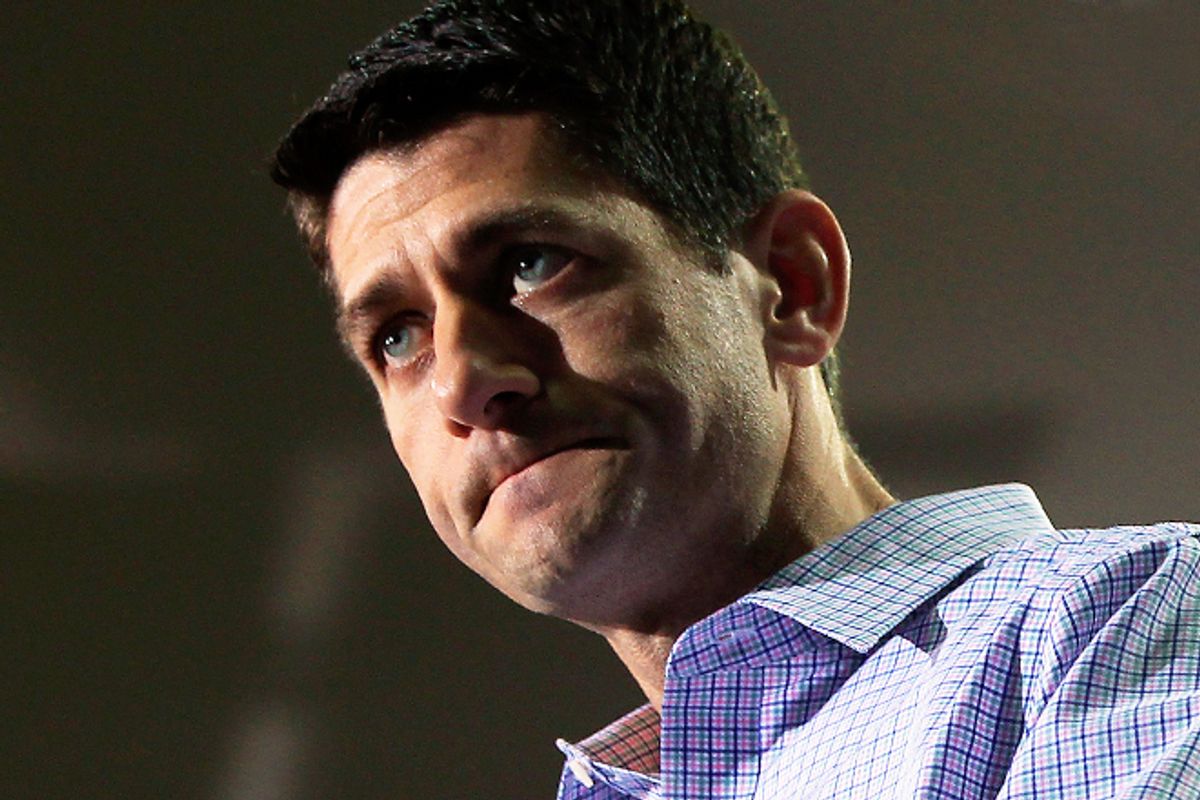 Both the left and the right seem to agree that Paul Ryan's veep nomination gives the presidential campaign new ideological significance.

The Congressman from Wisconsin, who is most known for his laissez-faire budget proposals, is also celebrated or reviled in more nerdish circles for his supposedly unwavering support of a laissez-faire approach to monetary policy – “my first love,” as he once described it.

In 2008, he sponsored legislation designed to strip the Federal Reserve of its full employment mandate. He has also characterized expansionary monetary policy as “insidious” and favored by those with “a narrow view of interest.”And in response to quantitative easing in November 2010, Ryan blasted the Federal Reserve, saying “[it's] going to give us a big inflation problem down the road.”

But WikiLeaks Cablegate disclosures indicate that what Ryan says about monetary policy behind closed doors doesn't always comport with what he says in public. His supposedly rigid ideology might be more malleable than popular lore indicates.

For example, Ryan, in a meeting with Argentine legislators in early January 2009, “cited monetary policy and protecting jobs as critical issues that consume the attention of the U.S. Congress.” It doesn't exactly sound like the sort of thing a true believer in austerity might say.

And in another meeting with then Argentine Cabinet Chief Minister Sergio Massa in late December 2008, Ryan's criticism of contractionary monetary policy and a hands-off approach was even more penetrating (emphasis mine):

Rep. Ryan noted that among the many tools being deployed to address the crisis, careful attention was being paid to monetary policy, which previously had sought to contain inflation but now needed to target potential deflation. He called "historic" the Federal Reserve's decision the previous day to lower interest rates to near zero. Ultimately, the important thing was to fix the financial system by requiring greater transparency and to keep speculation from spinning out of control ... Rep. Ryan recalled that Federal Reserve Chairman Bernanke was one of the most prominent scholars of the Great Depression in the 1930s, and that two lessons he had drawn from Bernanke's academic work were the negative consequences in this type of crisis of taking liquidity out of the system and of enacting protectionist measures.

With the curtain drawn back, Ryan seems very much conflicted with the missives his public persona has levied against pecuniary interventionism.

"Name me a nation in history that has prospered by devaluing its currency," Ryan told the Milwaukee Journal-Sentinel in 2010 -- the same interview in which he declared his undying love for orthodox monetary policy (how tragic that he would betray his first love!). It is a position that he has essentially repeated ad nauseum.

But according to the aforementioned diplomatic cables, Ryan himself has recognized, in times of crisis, the merits of currency devaluation (a policy, by the way, that seems to work out well for China, in general). With the cameras off, Ryan expressed confidence in the Fed's fight against deflation, and he recognized "the negative consequences ... of taking liquidity out of the system" in times of a sharp downturn.

These policies undermine the value of the dollar, but boost employment by lowering both the cost of borrowing money and the price of the American dollar on foreign exchange markets.

Ryan's support for them also undermines his carefully cultivated image, in the words of Reuters, as a "vocal critic of the Federal Reserve's aggressive efforts to stimulate growth."

And with Ryan's private recognition of the importance of "keep[ing] speculation from spinning out of control," one can only doubt his commitment to the small government cause. It seems plausible, therefore, that his supposedly steadfast beliefs in small government and a hands-off monetary policy are actually inspired by opportunism – a chance created by the Tea Party and the vast fortunes behind it.

In other words, the Congressman might be more Von Bismark than Von Mises.

But that's not to say his economic libertarianism is a ploy. Rather, this insight into his deliberative process shows that Ryan might not cling to ideology when it doesn't make sense for him politically, despite his proclamation Saturday that only his opponents are “more worried about their next election than they are about the next generation.” This, after all, is an allegedly dyed-in-the-wool libertarian who supported the auto industry and Wall Street bailouts.