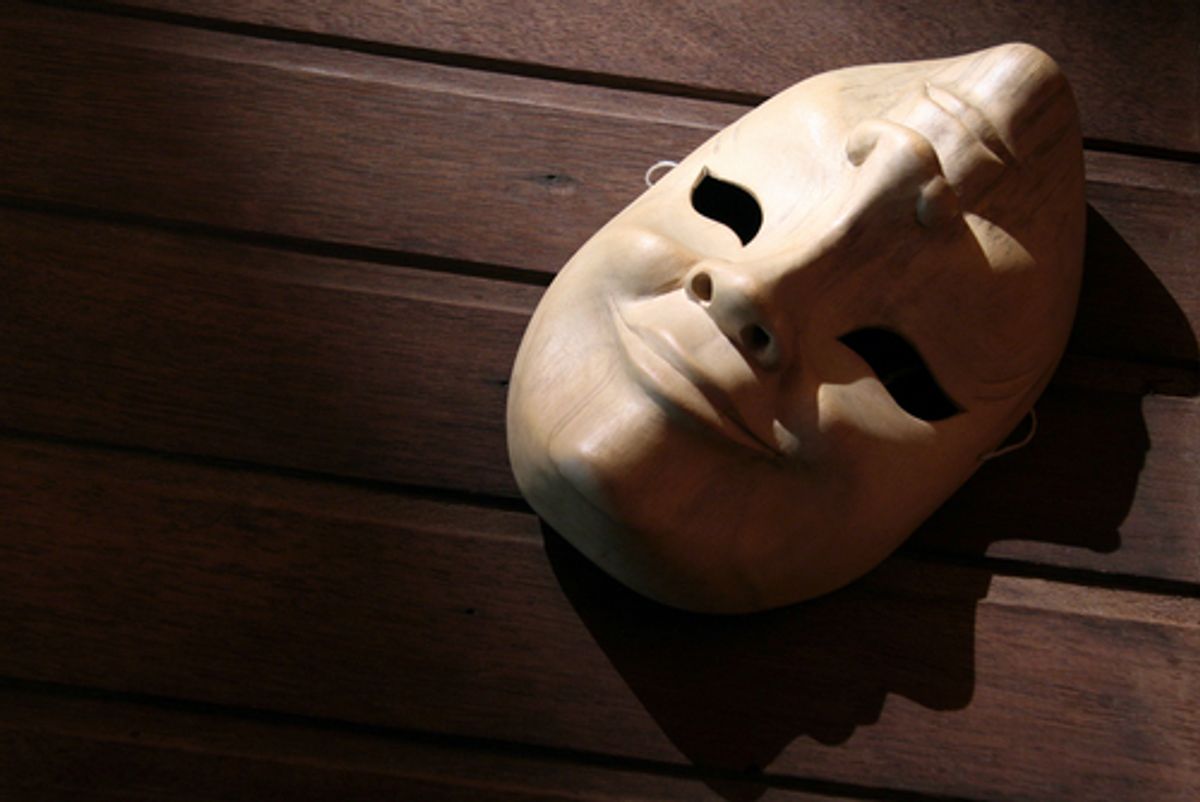 When I left the hospital building that morning, I had a thought: I walked in there quirky; an hour later, I walked out officially crazy.  My assessment of it – “crazy” – perhaps illustrates how I felt about it then. I thought I just have a peculiar personality; my psychiatrist said I’m bipolar. This wasn’t the first time that bipolar was suggested, but it was the first time I got this diagnosis while completely sober or not in the middle of a psychiatric crisis.  Still, I struggled because of my skepticism about trigger-happy labeling and the social stigma surrounding mental illness. For example, when I went to get my new medication for the first time, I told the nice and completely uninterested pharmacist that I had epilepsy. The drug I was prescribed is an anti-convulsive, and I was clearly more comfortable with pretending to suffer from seizures than being seen as “crazy.”  Besides, I was already admitting left, right and center that I was an alcoholic. I needed another label like I need an elephant.

I thought over what we discussed when I was in the psychiatrist’s office. I said, I write a lot. He said, what’s a lot? I said, I completed a 320-page novel in two months. He asked how, since I work full-time and care for a 3-year-old. I said, after everybody goes to bed.  Him: hypomania. Me: productive.  Him: bipolar. Me: personality!

Despite my doubts, I had to be honest with myself about the personality bit. I had to admit that quirky doesn’t warrant spending a whole month in bed sleeping and watching "Project Runway" while my family worried sick about why I wouldn’t get up. Being quirky doesn’t equal knowing the exact layout of the psychiatric ward in my city while going there – again – during last Christmas because I felt very, very (very) sad. It doesn’t involve losing nights of sleep in the summer because I was bored of sleeping. Weeping all September. It doesn’t involve shaving my head on a whim … or, hell, does it? Because even the tattoos were suspicious now, with this bipolar thing, because the psychiatrist pointed them out as evidence. My postpartum depression and my drinking too.

There’s a strong link between drinking and other mental-health issues. A meta-analysis by the National Institute of Alcohol Abuse and Alcoholism described all kinds of correlations between the alcoholism and psychiatric disorders. For example, “According to two major epidemiological surveys conducted in the past 20 years bipolar disorder (i.e., mania or manic–depressive illness) is the second–most common axis I disorder associated with alcohol dependence. (The axis I disorders most commonly associated with alcoholism are other drug use disorders.)” NIAAA identified the misdiagnosis of psychiatric disorder in relation to alcoholic episodes as the biggest challenge in giving out the labels. In the case of bipolar disorder, a chronology is usually helpful – pointing out what happened when, in other words, figuring out if it was the alcoholic egg or the bipolar chicken that caused all this trouble (you can have both, by the way).

There’s a long and proud history of bipolar folk – lots of very accomplished people with Vincent van Gogh famously leading the pack. Recently, Catherine Zeta Jones admitted to being bipolar. If she can have it and be so fabulous still, maybe it’s not such a bad thing?  I felt a bit better after reading about her and all those other great people. I told myself I was in good company.

But even after all that self-assurance, I kept hanging onto my quirky-personality defense. I think I’m kind of funny. I made jokes about needing to wear two different hats from now on – one for my manic, one for my depressive days so that family wouldn’t get confused. I joked about maybe finally being able to have a drink, now that I was just bipolar all along.  I wrote my overworked literary agent and told him to consider my abundant submissions as symptoms of my disease. Then I started getting tired of my own jokes. I wasn’t funny at all. I was actually tragic, sad, insecure, trying to hide my fear of “crazy” by poking fun of myself. In fact, I’ve always been a tragic, sad person. Or was I a funny person who had tragic things happen to her? Look, I’m OK with alcoholism because there was always clear-cut correlation with drinking and my life getting screwed up. Alcoholism was the common denominator. Except that I still had problems after I got sober. I went back and asked my psychiatrist to clarify.

“The symptoms of well-demarcated episodes are not a personality's because they are not relatively fixed enduring features. Rather they are cyclical, episodic and disruptive. They are noticeable by those who know you as clearly different from the phase that preceded them. And they cause dysfunction. Personality is characterized by enduring traits,” he said.

We both had the undeniable recorded evidence of my periodical visits to the hospital. That month in bed. Christmas dramas. My psychiatrist added, “People don’t present themselves to a doctor because they are impulsive or can’t sleep or even because they’re suicidal. They present themselves because the impulsivity is running their relationships or their depression is impeding them relating to their kids, distressing those they love.” Accepting that I have this disease may actually save my life and save my loved ones dealing with the less fun outbursts of my “personality.”

Today, I am taking medication for Bipolar 2. And I am trying to be humble and kind to myself about it even though my basket case is getting full and, yes, I’d much prefer to think of myself as eccentric rather than sick. Still, I am cautious about the future but also hopeful about my life improving and getting easier now that we know what is up. My psychiatrist says, “Part of the ‘art’ and not just the ‘science’ of medicine is to instill hope. All of us in medicine (just like many of the other sciences) are like the blind Buddhists in the parable of the elephant in the dark room.”

The parable is this: A group of men in the dark touch an elephant to learn what it looks like. Each one feels a different part – a tusk or a trunk – and in the end they compare notes and realize they are in disagreement.

The lesson: “While one's subjective experience is true, it may not be the totality of truth.” Right now, my psychiatrist and I are still comparing notes, me admitting cautiously that the elephant may indeed be bipolar.