The presumed V.P. nominee abandons his budget's plan to save $700 billion from Medicare 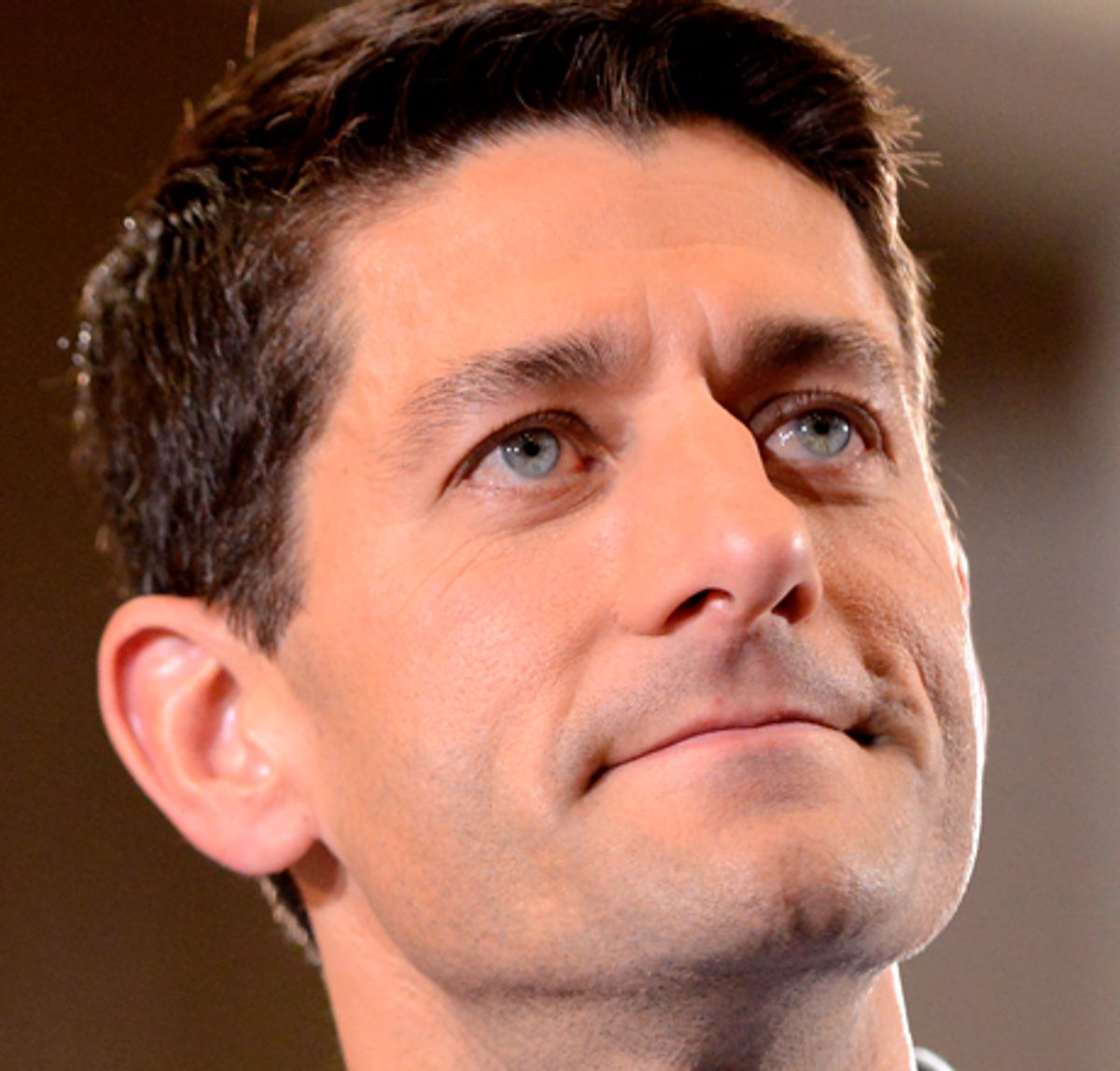 Setting aside the petty charges the presidential campaigns exchanged yesterday, which have prompted pundits to pronounce the death of the "high-minded campaign" (it was probably already dead anyway), the key question right now in the race for the White House is a policy one: Which side will cut Medicare? The budget authored by presumed vice-presidential nominee Rep. Paul Ryan would fundamentally change the program in a way that would provide fewer benefits to seniors down the road, while Republicans have countercharged that President Obama has already cut over $700 billion from the health insurance program for seniors with his Affordable Care Act.

As we noted yesterday, the claim is misleading, considering that Ryan himself preserved the exact same Medicare savings in his budget proposal. His plan repealed most of Obamacare, but left the Medicare savings plan because he recognized it as a way to reduce costs and deficits over time. Now the Romney campaign has cut an attack ad that accuses the president of weakening Medicare.

This put Ryan in a very awkward spot when he sat down with Fox News’ Brit Hume last night for his first solo interview since his selection. Hume, to his credit, repeatedly pressed Ryan on how he could attack Obama for a cut that Ryan has himself endorsed, but the congressman proved adept at the kind of rhetorical sleight of hand that let him dodge tough questions while appearing to answer them.

For instance, when asked if it was true that he supported the Medicare savings, Ryan responded, “I have voted repeatedly in Congress to repeal all of Obamacare, including this cut of $760 billion.” That’s true -- he voted for the Republican bill to repeal all of Obamacare. But that doesn’t change the fact that his budget preserved that very same cut. When Hume pressed again, Ryan acknowledged that the Medicare savings is “the current law. And we keep what the current law is in our budget.” But he still refused to say outright that he had supported the same cut for which he is now attacking Obama.

Finally, Ryan shifted his position. “Let’s be clear here, Brit,” he said. “I am on the Romney ticket, and what Mitt Romney is proposing is to repeal all of Obamacare ... I am pleased to support the position of getting rid of every piece of Obamacare, including the cuts to Medicare, which are used to pay for Obamacare.”

It was a flip that Ryan was going to have to make at some point, as it was simply too uncomfortable for the Romney campaign to continue attacking Obama for a policy that Ryan has supported. Even Tim Pawlenty, the former Minnesota governor who is now a Romney surrogate, acknowledged that Ryan had supported the Medicare cuts this morning on MSNBC when he said Romney is “the only candidate for president or vice president" who has not sought to cut Medicare.

But while Romney has likely sustained all the damage he ever will from flip-flops, these kind of policy shifts could do real damage to Ryan. His value is based entirely on his image as the bold intellectual “ideas guy” who is willing to make tough calls regardless of the short-term political impact. But the kind of slipperiness he delivered to Hume, and the ultimate flip-flop, could undermine the edifice he has worked so hard to create.