Hillary Clinton does not have time for your games 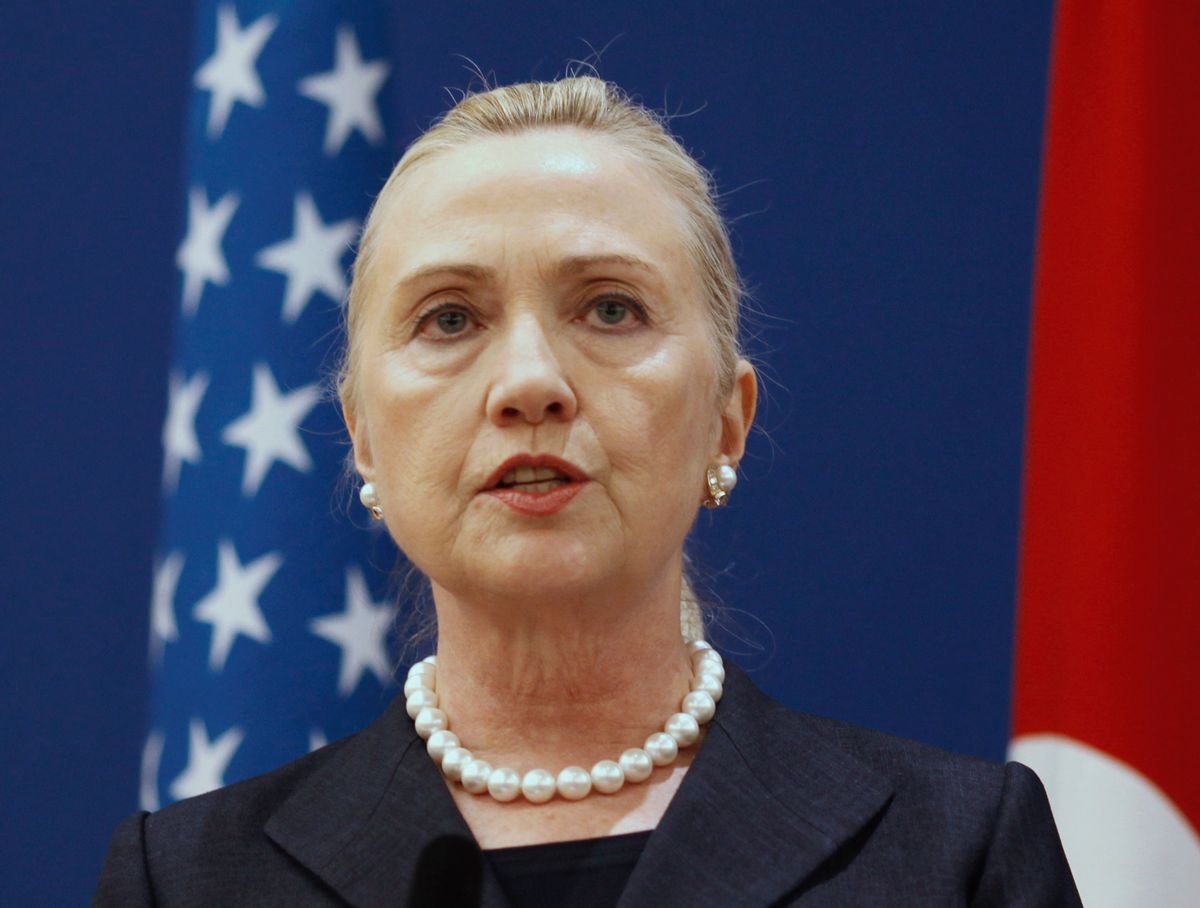 "Would you ever ask a man that question?" Hillary Clinton gave that reply two years ago, when an interviewer in Kyrgyzstan innocently asked the secretary of state, "Which designers do you prefer?" But when the Boston Review posted the exchange on its site Wednesday, it became a viral sensation -- and just the newest example of how much kicking butt and taking names Ms. Clinton is doing lately.

For 20 years now, Clinton has been one of the most divisive figures in American politics – reviled and adored, mocked and idolized. That hasn’t changed. But what has changed is the woman herself. Because now Clinton, much like the Honey Badger, just doesn't give a crap.

That terse exchange over her wardrobe caught fire this week because it exemplifies everything that endears Clinton to her supporters – and everything that exasperates so many of us about the current state of womanhood. You can be the secretary of state, even a former presidential contender, and it still comes down to how you look. And what's fabulous about Hillary is that Hillary isn't having it.

It's not that she can't be frivolous. In fact, lately Hillary Clinton seems to be having a ball. She's knocking back a beer straight from the bottle in Colombia; she's dropping it like it's hot in South Africa; she's submitting her own entries to Texts From Hillary. You only wish you were having as much fun as Hillary Clinton is right now.

What makes Clinton's sassy new persona so interesting is how very different -- yet equally graceful – it is from Michelle Obama's. They are two of the most powerful women in the world, but the public is often more obsessed with how much makeup they have on and what they're wearing than their many achievements. Clinton and Obama have dealt with this in different ways.

Obama rolls with it, posing for the cover of Vogue and saying, "I'm not going to pretend that I don't care about [fashion]. But I also have to be very practical. In the end, someone will always not like what you wear -- people just have different tastes." She's a woman who's graced the covers of More and Glamour, who's been in People in a hot-pink sleeveless lace dress. Just this week, she was joking around with Jay Leno in a sheer yellow frock. And if you want to talk about what the first lady is wearing, about her fabulous arms, well, the first lady is cool with that.

Of course, it helps that Michelle Obama – criticized and scrutinized though she may be – is generally accepted as a style icon.  She doesn't get much guff for her looks. That's unlike Hillary, who's been hearing no end of it since the headband days of the 1992 campaign.

Now, at age 64, Clinton continues to get heat for being, gasp, a 64-year-old political leader instead of Megan Fox. In May, after she'd dared to allegedly appear without makeup (and by the way, she was obviously wearing lipstick and she was only busy promoting democracy in Bangladesh, but whatever), Fox News couldn't wait to call her "tired and withdrawn" looking. And in June, author Ed Klein took to the airwaves to dismiss Clinton's chances of running for the White House in 2016 by saying, "She’ll be 69 years old. And as you know — and I don't want to sound anti-feminist here — but she’s not looking good these days. She's looking overweight, and she’s looking very tired." Because you can't run a country if you're not under 35 and skinny. Also, if you have a vagina.

What's righteous about Clinton is how thoroughly emancipated from all the BS she seems to be lately. Hillary is too busy laughing it up with Angela Merkel about their shared love of pantsuits to care what Matt Drudge has to say about her face. (One gets the sense that Angela Merkel isn't exactly losing sleep over whether or not you want to bone her, either.) And there is something really, really fantastic about a first lady, United States senator, and secretary of state who has just had it with your stupid questions about what she's wearing, world. Last spring, she told CNN, "I feel so relieved to be at the stage I'm at in my life right now. Because, you know, if I want to wear my glasses, I'm wearing my glasses. If I want to wear my hair back, I'm pulling my hair back. You know, at some point it's just not something that deserves a lot of time and attention."

Priorities! Other than the size of her butt! What a radical idea. And it's why, though she may or may not ever get to be president, Hillary Clinton totally rules.