Artur Davis, who’s rebranded himself as a Republican, will speak at the GOP convention 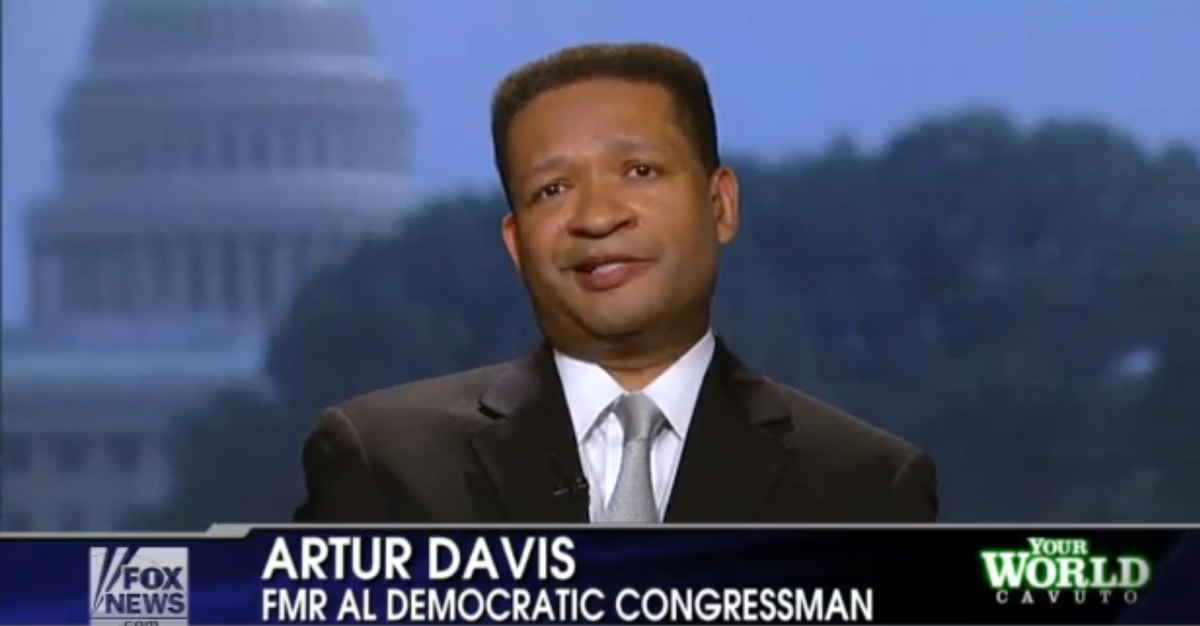 It’s hard to believe it’s come to this if your memory of Artur Davis extends back more than, say, two years.

The news today is that Davis, a 44-year-old former congressman who cut his ties to the Democratic Party after losing a 2010 gubernatorial primary in Alabama, will speak at the Republican convention in Tampa later this month. This will essentially make Davis the 2012 equivalent of Zell Miller, the Georgia Democrat who fired up the GOP’s 2004 convention with a blistering attack on John Kerry, although it doesn’t appear that Davis will enjoy the same prime-time speaking slot that Miller was given.

Whenever it’s delivered, you can be sure his speech will be a hit with the delegates. Davis is a strong and polished communicator, for one thing, and there’s also the cliché about converts making the best preachers. His race also looms large. The belief that they’ve been unfairly branded as racists for their opposition to President Obama is a source of particular outrage for many white conservatives; thus, the delegates figure to be extra-excited to hear from a black speaker who once backed the president but has since seen the light.

For Davis, the speech will mark the latest milestone in his post-2010 evolution. He’s already moved from Alabama to Virginia, renounced his Democratic ties, spoken up in favor of the GOP’s push for voter ID laws, addressed a Tea Party rally, and taken to the National Review to excoriate Obama for his “shameless and expedient” political exploitation of his race. There’s talk that he’s eyeing a future run for office in Virginia as a Republican, perhaps for a House seat in 2014.

What we’re seeing here is a talented politician essentially improvising in the wake of a catastrophic event. Davis’ 2010 gubernatorial bid was years in the making, and had been intended as a springboard to a national future. He’d come to Congress in 2002 by running to the right of Rep. Earl Hilliard, an old school civil rights-generation pol, in a Democratic primary. Davis’ victory, which was aided by an infusion of campaign cash from pro-Israel donors who’d been angered by a Hilliard vote, left a bad taste with Hilliard’s friends in the Congressional Black Caucus, but that didn’t matter much to Davis. He didn’t want to spend a lifetime in the House, slowly rising through the seniority system; he wanted bigger things.

Ideologically, he was a poor match for the majority-black district he represented, which took in parts of Birmingham, Tuscaloosa and the state’s Black Belt. But he was already thinking ahead to a statewide race, where separating himself from the politics of the 7thDistrict would be an asset. From his earliest days in the House, Davis had his eyes on a particular target: the governorship in ’10. The idea was to win that race, gain national attention as a black Democratic politician capable of appealing to Southern whites, and then … who knows? (This game plan was sketched out for me by a Davis aide back in 2005, when I was covering the House for Roll Call.)

In the middle of last decade, it wasn’t uncommon for Democrats in Washington to mention Davis as a man who might end up being the first black president. But even when Obama came along and claimed that title, Davis kept his focus on the Alabama race. 2010 was looking like a tough year for Democrats, particularly in the South, with a fierce Obama backlash taking hold. But Davis had spent years preparing for the race. What no one realized until the end, though, was just how badly he’d alienated his own party with his years of posturing toward the right. The Democratic primary was supposed to be a breeze, but Davis ended up getting crushed by Ron Sparks. It was a truly devastating result, a clear and unmistakable message to Davis from his fellow Alabama Democrats that they didn’t want him around.

So he left and wound up in Virginia, and while it’s possible to read his move to the GOP as an act of spite or a simple straightening out of his own ideology, it really feels like he’s on the same quest he’s always been on. The boundless ambition is still there; he’s just trying to create a brand-new path for himself.