27 and never been kissed

I felt like the last woman in America to have virgin lips. How did this happen, and would it ever change? 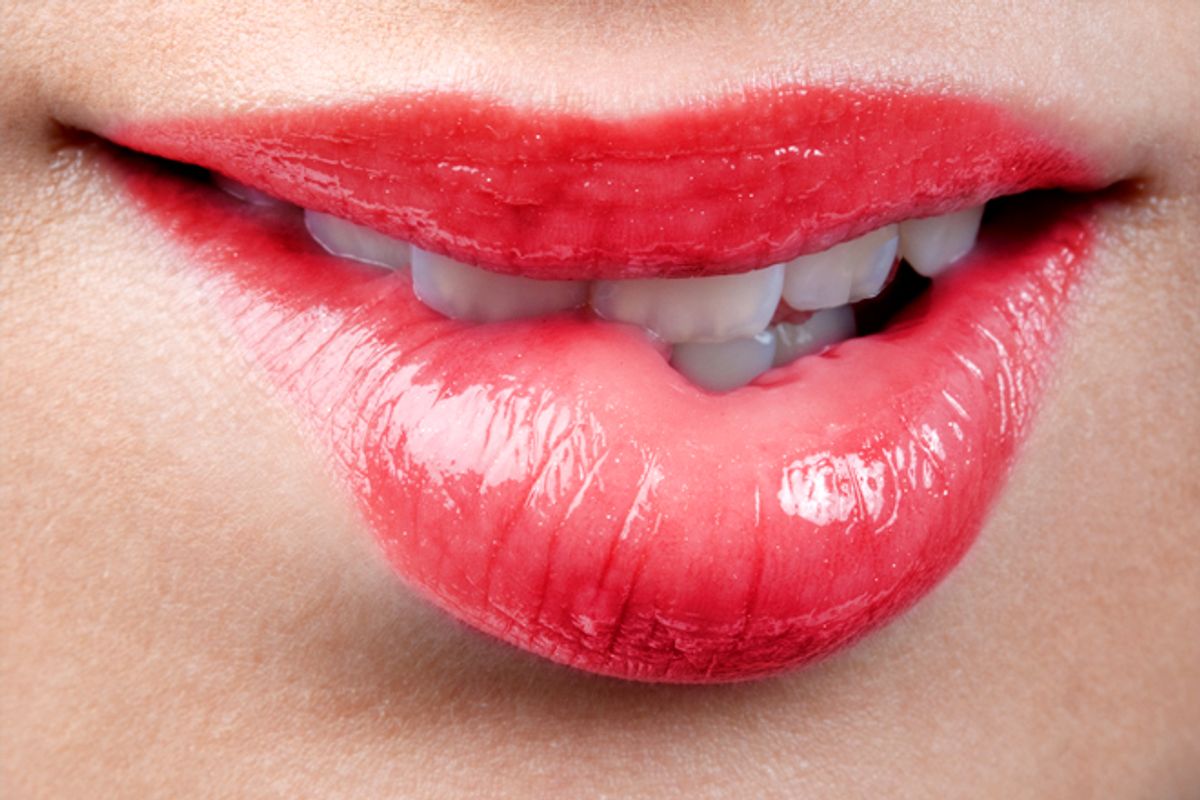 “I think she’s a virgin,” said my classmate from grad school, gossiping about a mutual friend. “She’s 26!” he continued. “It’s weird to be a virgin over 24. Even for a woman.”

And most people would agree with him. A virgin in her mid-20s is like a unicorn. Lolo Jones, a stunningly beautiful Olympic hurdler, made huge waves when she admitted she was still a virgin at 29 years old. When one of the main characters on HBO’s “Girls” revealed her 20-something virginity, many viewers scoffed. No way, not realistic. It just doesn’t compute in an age of casual hookups and “friends with benefits.” But at 27 years old, I could one-up all those women. Not only had I never had sex, I had never even been kissed.

It will probably not surprise you to discover that I grew up in a church-every-Sunday, sex-is-for-marriage Christian household. Until college, I played that part well. I wasn’t one of those evangelicals who would share my beliefs with anyone who would listen. I was easygoing, live-and-let-live. But I subscribed to traditional Christian values. I had no intention of having sex before marriage and, while I am pro-choice, I personally would never abort. For the most part, I kept these feelings to myself. If you didn’t ask (and most people didn’t), you would have never known.

But college was a far cry from the safety of my Christian youth. At my liberal arts school (one of the most liberal in the nation), I hung out with all types of people, socialized often, learned to grind on the dance floor, and discovered the bliss that alcohol can bring. I didn’t drink much, but when I did, it opened an unfamiliar side of me – the flirty side. For a supposedly Christian woman, I was living on the wild side.

I carried my never-been-kissed status around like a secret, but it was also freeing to realize no one would ever have to know. In those days, I was still looking for my perfect mate. I wanted a guy who was attractive, smart, and open-minded but Christian enough to be willing to put off sex until marriage. But most guys were either too liberal to wait or too conservative to be OK with a woman drinking and flirting in the first place. I was drawn to those bad boys like a moth to a flame, and some of them were interested in me, but I needed to play it safe and keep them far away. So I became the queen of elusiveness, throwing up walls all around me, because I doubted my ability to resist temptation when temptation was standing in my dorm room looking very hot and bothered. Years later, I found out that some would-be suitors who might have had a shot at meeting my impossible criteria thought I had a boy waiting for me back home. If only I had known.

But my college freedom was short-lived. After two glorious years of independence, I transferred to a different school and moved back home. I continued living there after I graduated and I started working, which basically led me to revert to my pre-college lifestyle. My mind had been opened to the left-leaning ways of the world and there were one or two relapses, not least of which was getting totally hammered at my office Christmas party. However, for the most part, I was back in good-girl mode. The fun-loving me began to feel trapped, like the oxygen was disappearing from the room around me and I couldn’t breathe.

Thus began a chapter of my life where I flitted from city to city every so often. I wanted to be free and to live and experience life. Well, as much as I could without compromising my values. And I did get something like that: the kind of excitement that comes from traveling on your own as a single woman in your twenties. I slept in a strange man’s house for five days in one country, traveled up a mountain in another country with another stranger five minutes after meeting him, spent an entire day in a European city with a girl I had met that morning, had a 4.5-mile beach on a tiny island all to myself to watch the sunset, and experienced the fun of second-language bargaining in yet another foreign land. I was living the dream. But in all those years of risk and adventure, I never had the one experience I wanted and feared most: a relationship. Or even, let’s be honest, a good fling. The idea of it took on magical proportions in my mind, the stuff of Disney happy endings and romantic comedies. A kiss at sunset, a passionate embrace in the rain, a date filled with clever banter -- any one of those would have sufficed.

I told myself I didn’t need anyone. I told myself I was happy having other experiences. Dating was not a priority. I think I had two dates in five years. Which doesn’t mean that I didn’t have offers, but when they arrived, I found reasons to dismiss them. I put those guys in my ever-growing “friends” category, or I just never returned their calls and avoided contact until they got the message. Clearly, I was wanting in the maturity department. But the longer I waited, the higher the stakes became, and the more nervous I was to go on any dates whatsoever. It was so unfair: I wanted to be friends with a guy first and then, after I had got to know him in a no-pressure situation, I might decide to go on a few dates with him. But cruel fate would have it the other way: You had to date a guy in order to get to know him. And the older I got, the more people just assumed I was experienced at sex, dating and relationships. Of course they would! I was 25 by this point. There would have to be something dreadfully wrong with a person to be so inexperienced at that age.

More than anything, I feared rejection. No guy was going to stay with me when he realized what was up. Runner Lolo Jones is easily a 12 out of 10, but in interviews, she’s said men would get antsy at the three-month mark and make themselves scarce when it finally sank in that she was not going to sleep with them before marriage. I am nowhere near Lolo’s level of hotness. My very optimistic projections were that a guy would stay with me for two months tops before splitting to find a woman who did not wear a chastity belt. I didn’t think I could deal with those repeated rejections, so I didn’t just wear my chastity belt. I wore my lip guard.

But then, one day, it happened. Twenty-seven years of total abstinence -- and it finally happened. Did I find my knight in shining armor? The answer is a big, fat no. There was no dramatic rain. No glorious sunset. In the end, it all happened quite fast.

While out clubbing one night, I was drinking and flirting with a guy. When the club closed, he got the brilliant idea that we should go swimming in our underwear in the outdoor pool at his apartment complex. Drunken me was all for it. Naturally, the other part of me tried not to consider what he had in mind. I decided to go for the thrill of breaking the rules.

Of course, once we were in the pool, he zeroed in for the kiss. He was a tall, muscular, fairly attractive man, and I remember thinking, “Why not?” By the time we were kissing I had long forgotten his name. However, I do remember thinking that I had no idea what I was doing. Blessedly, the alcohol in my system made me very enthusiastic. It was easy. He lifted me up partly out of the water, and my legs wrapped around him quite naturally. We made out for a long time that night, but he was a gentleman, and we didn’t take it much further.

It was hard being one of the last 20-something women in America to never have been kissed. I’m sure people think I wasted a lot of good make-out years, and maybe I did. Still, we only get one first kiss in our lives. I may have waited 27 years for mine, but it was worth it.

Tiffany Haache is the pen name of a freelance writer.