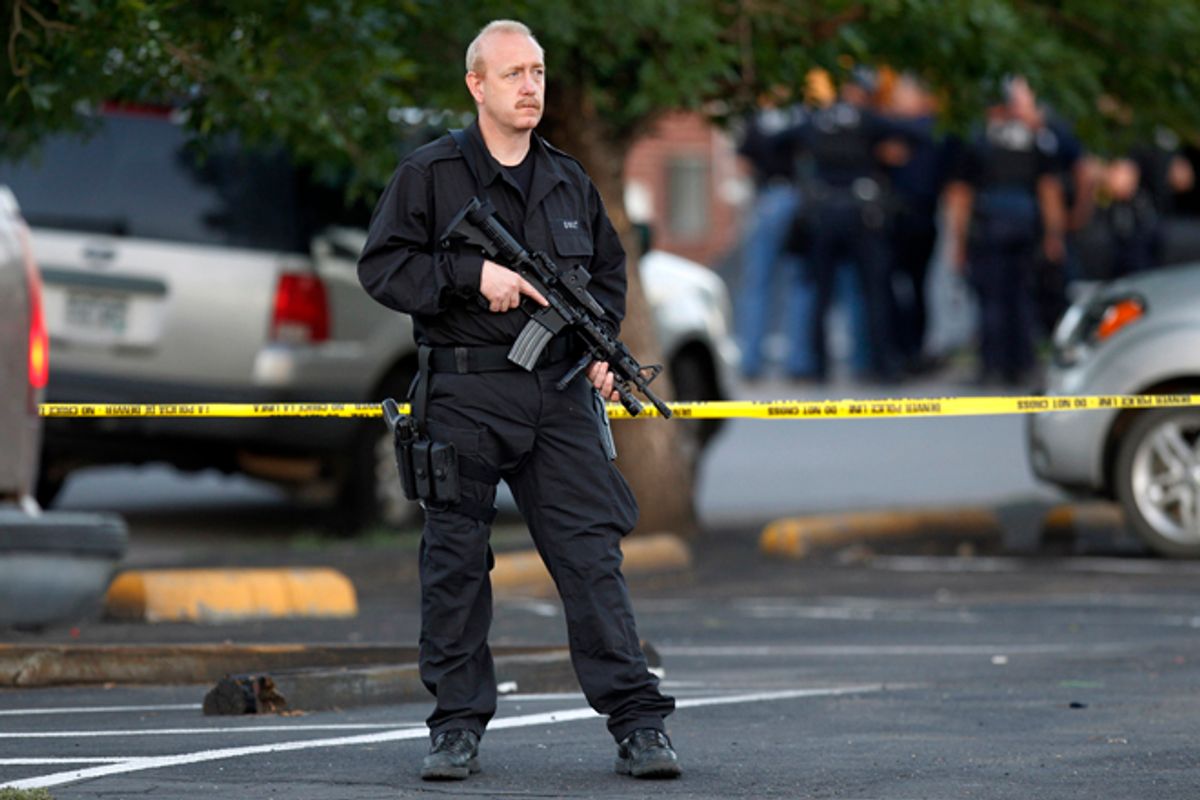 Megadeath frontman Dave Mustaine came under attack this week for saying at a recent concert in Singapore that President Obama likely staged the recent mass shootings at a theater in Colorado and a Sikh temple in Wisconsin in order to gin up support for a “gun ban.” Mustaine, a headbanger from the Ted Nugent school of political philosophy, has a history of making wacky political conjectures, but this one struck a (heavily distorted power) chord, and earned condemnation from victims of the shooting.

So Mustaine took to Alex Jones, America’s most trusted conspiracy journalist, to set the record straight. In an interview yesterday, Mustaine clarified that he wasn’t actually accusing Obama of orchestrating the shootings, but rather that he was merely calling for an investigation into the possibility that Obama staged the murders. "We'd be fools not to look at this," he said. And for credibility, he said he was merely repeating the assertion of Larry Pratt, the head of the Gun Owners of America. "Like I said, I was just quoting Larry Pratt, bottom line, that's it," Mustaine added.

In a July 27 interview, Pratt said he believed the government was clearly capable of “premeditated murder” in the Fast and Furious scandal -- a “conspiracy theory” that even the conservative National Review dismissed as nuts -- so why not in Colorado? The theory, which has been espoused even by the Republican lawmakers leading the investigation of the scandal,  is that the government intentionally let guns enter Mexico so they would be used in murders in order to gin up support for gun control. “Now we have to admit that this is something that maybe our government is capable of. This was only 12 people murdered [in Colorado], they were good for 400 in Fast and Furious,” Pratt told Jones.

When Jones laid out his theory that the Colorado shooting was a false flag operation meant to build momentum to pass a U.N. "gun ban" treaty, Pratt replied, “I don’t think you’re wrong." "I would have disagreed with you before Fast and Furious, because I never in my wildest fears would have thought that our government would have premeditatedly killed,” Pratt said. Pratt also threw in “a little Nazis” reference and faux German accent when discussing the agents in Fast and Furious keeping records of their gun transactions.

Gun Owners of America is like the Tea Party to the NRA’s GOP, proudly radical, but somehow able to attract the support of mainstream conservative figures like Sen. Rand Paul of Kentucky. Pratt is a former member of the Virginia House of Delegates and has a colorful past that includes associations with white supremacists and leadership positions at ALEC. A column on GOA's website puts the number of people killed in mass shootings in a certain context: "On the day of Columbine, 3,332 children were murdered through abortion."

Mother Jones’ Tim Murphy noted in late July that a press release touting Pratt as a potential guest to radio bookers mentioned an article in the New American, a publication of the John Birch Society, that suggested that the Colorado shooting was part of a “government genocide.” The release said Pratt would be willing to talk about it.

A request for clarification from Gun Owners of America was not immediately returned.