On Wednesday, a Sikh shopkeeper was killed near the temple where a white supremacist murdered six people 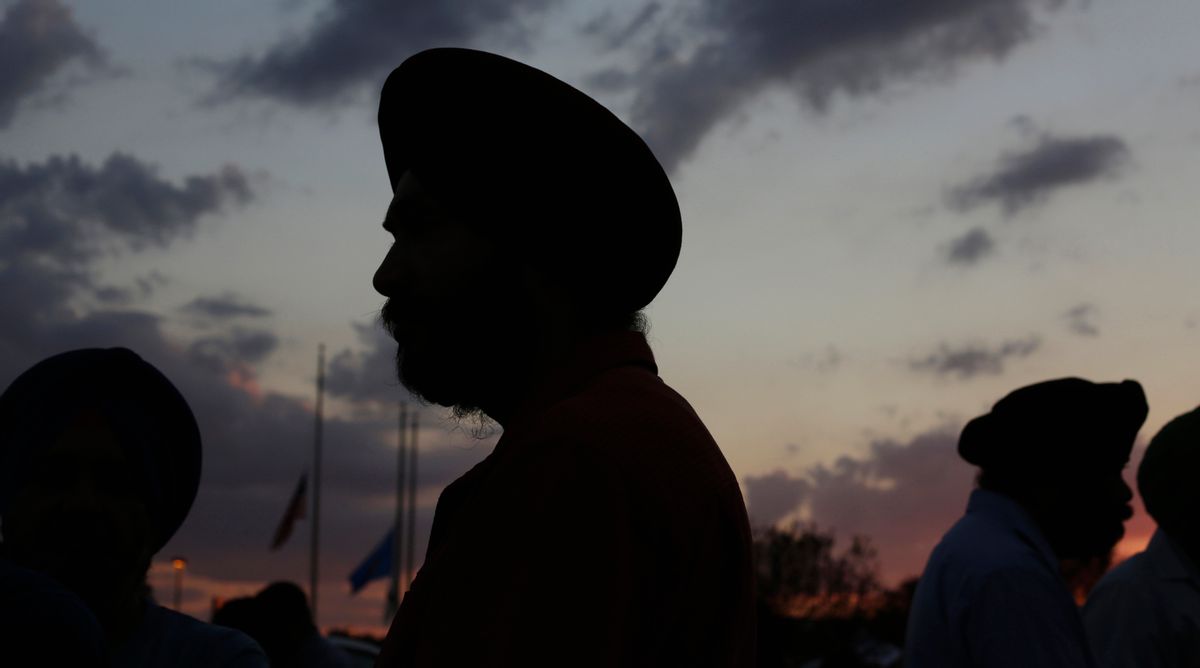 On Wednesday night, Dalbir Singh was closing his store when three masked people approached and opened gunfire. He was shot in the head and died instantly. This crime fits the profile of thousands of failed attempted robberies in the U.S., except that Dalbir Singh is a turbaned Sikh man in Oak Creek, Wis.

Dalbir Singh was murdered just 10 days after a white supremacist massacred six people – five turbaned men and one woman – in the Sikh gurdwara in Oak Creek. He was one of hundreds of local community members I joined last week to mourn the victims killed in what authorities are calling a hate crime and an act of domestic terrorism.

The killers did not ask for money, nor did they take anything from the store, from what we know so far. Law enforcement has a suspect in custody and is investigating the murder as attempted armed robbery – the crime took place in a depressed neighborhood, and police say there's no evidence of bias. But that offers little relief for Sikhs in Milwaukee and across the country. For us, the murder is experienced as the continued assault on our ability to live, work and worship without fear.

Last night, Sikh families gathered in the gurdwara to pray and comfort one another. They were searching for words to describe yet another shock wave of pain and loss. While the news cycle moves on to Mitt Romney’s pick for vice president, for Sikhs, the threat is not over.

In Aurora, the massacre was random, indiscriminate and senseless; when it ended, people began the healing process. We Sikhs quite literally are not afforded the time or space to heal. Our healing is disrupted by more shock, more violence. Like other racial and religious minorities in U.S. history, we are robbed of the opportunity to finish mourning; we must remain ever vigilant, ever waiting for the next act of violence.

Sadly, national leaders and major news outlets are missing the opportunity to sustain a national conversation about how the massacre in Oak Creek calls upon us to curb the rise in hate, fear and violence in the U.S. Instead, we’ve heard praise for the community’s resilience after tragedy, but little about the ongoing threats we face.

On Thursday night last week, I attended a Town Hall meeting in Oak Creek,  organized by the U.S. Department of Justice. Nearly every Sikh American told officials that the attack on Sunday was not isolated or “senseless” – but one in a pattern of intentional acts of hate and discrimination in the last decade and long before. Sikhs wear articles of faith, including long, uncut hair, which men and some women wrap in a turban. Our turbans represent our long-standing commitment to serve others and fight injustice, but in America, they mark us as targets of anti-immigrant and anti-Muslim violence.

Sikh children are bullied in schools, men and women are profiled at airports, barred from military service and endure racial slurs and hate crimes that are not specifically tracked by the FBI. In fact, three days after the mass shooting, a Sikh cab driver in Oak Creek reported that a white man asked him to roll down the window, pantomimed shooting a gun and said, “This isn’t over.” Now, the community is reeling from another murder.

The events in Wisconsin in the last 10 days eerily repeat history from more than a decade ago.

The first person killed in a hate crime after Sept. 11, 2001, was a turbaned Sikh man, Balbir Singh Sodhi. Three thousand people attended Sodhi’s memorial, his killer is serving life in prison and his story has been commemorated in films, songs and history lessons.

Less than a year after Sodhi’s death, his brother Sukhpal Sodhi was shot while driving a cab in San Francisco. His murder remains unsolved. For him, there was no grand memorial, no claims of justice being done, no public outpouring. But to the Sodhi family and Sikh Americans, Sukhpal Sodhi’s death was not just another isolated incident. It was experienced as a continuation of hate violence.

In the wake of the greatest massacre of Sikhs on U.S. soil, Dalbir Singh’s murder is experienced as a continuation of that same violence. Law enforcement requires evidence of hate as motive to prove hate crimes.  But this distinction doesn’t matter much to taxi drivers and convenience store owners who are on the front lines of violence every day.

“In order to identify crimes as hate crimes, we need to know who perpetrated it and why, and we don’t have that for many cases,” said Lt. Mark Gagan of the Richmond Police Department in response to the 2003 shootings of Sikh cab drivers in the San Francisco Bay Area, none of them proven hate crimes. “But if the community suffering these crimes perceives them as hate crimes, I don’t know if we need absolute proof in order to open dialogue.”

In Aurora a few weeks ago, the president offered words of comfort to the mourners, condemning this “senseless act of violence.”  When he visits Oak Creek, he will need to do more than comfort; he will need to offer protection.  Because for more than half a million Sikhs who wish to live, work and worship in this country without fear, there is still no end in sight.