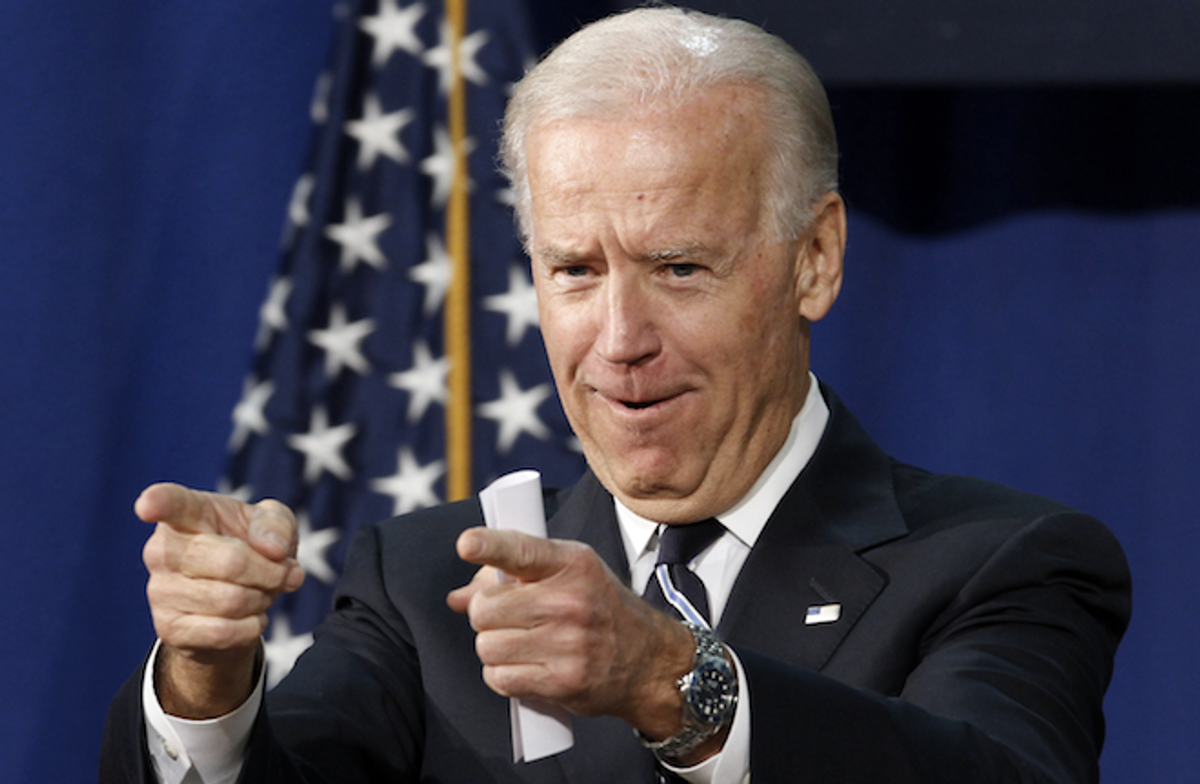 In one of the more futile spin attempts we’ve seen so far in the long and frequently annoying 2012 campaign for the White House, Republicans last week decided to go after Joe Biden, with various conservatives even suggesting that a decision to replace him on the ticket was around the corner.

Of course, in real life, Biden’s place is absolutely secure, and not just because presidents from Dwight Eisenhower to Richard Nixon to George H.W. Bush learned that dumping a vice president isn’t as easy as one might think. None of that is relevant here. Why? Because Joe Biden is the practically perfect vice president. Truth is, he shouldn’t just stay on the ticket this time around; there’s a reasonable case to be made that he should stay on in 2016 and perhaps 2020, as well. He’s that good of a fit for the job.

I’ll take it one step at a time.

The first job for any Veepstakes winner is to help the presidential nominee get all the way to the Oval Office. How to do that? Most studies have found that running mates can’t really help, but instead can hurt. So the first requirement is that any running mate appears sufficiently presidential, on the one hand, and avoids serious scandal, on the other. It’s surprising just how many vice presidential picks have failed one of these tests (Sarah Palin, of course, but Dan Quayle, Tom Eagleton, Spiro Agnew, Gerry Ferraro, perhaps Bob Dole back in 1976, and others all had problems, as well). Joe Biden? As far as I know, from 2008 to now, no one has questioned that the former chair of the Senate Committee on Foreign Relations and two-time presidential candidate wasn’t ready to step in if necessary. And he’s scandal-free -- at least so far.

The second job is to actually be a decent vice president if elected. Since there are no particular fixed responsibilities that go with the job, however, there’s really no one way to be good at it. Presumably most people who are elected have some areas of expertise either in public policy or in political processes. Biden has some expertise in each. He’s certainly had plenty of exposure to multiple areas of policy from his long service in the Senate, and that also gives him at least some knowledge of how to get things through Congress. Beyond that, vice presidents can serve as sounding boards for presidents, making their own case but then loyally supporting the White House once a decision is made. As far as we know, that’s been what Biden has done on issues such as Afghanistan, an issue on which he was reported to have differed with the president.

Is that all? Well, there are a bunch of mundane political tasks that vice presidents need to do, including raising money for candidates up and down the ticket as well as being an attack dog against the opposition in Congress or against the other ticket during election time. Once again, Joe Biden seems eager and willing to carry out such assignments.

And do you know what else is, for better or worse, part of the central role of vice presidents? They get to be the butt of everyone’s jokes. It’s been going on forever, and they all get it. It's happened to relatively undistinguished VPs such as Dan Quayle, of course, but it also happened to Hubert Humphrey, despite the fact that he was one of the greatest of all twentieth century politicians. But not from January 1965 through when he began his own campaign for the presidency in 1968; for that stretch, he was just a punch line.

He may have been a mostly serious senator for more than 25 years and he seems to have been a serious vice president, but let's face it: Joe Biden is perfectly cast as a national joke. From his tendency to blurt out things that ought not to be said out loud (what kind of deal was the Affordable Care Act?) to his awkward phrasing and even more awkward sentiments (remember “articulate”?) to, well, the goofiest hair of any politician this side of James Traficant, this is a vice president who can be counted on to regularly amuse everyone, without actually having to shoot a friend in the face to do so. That Biden is a source of amusement isn’t news to those who have followed him for a long time (read the brilliant profile in Richard Ben Cramer’s What It Takes), but it’s an especially good fit for his current job.

President Biden? Well, when faced with that option in 1988 and 2008, Democrats had no trouble winnowing him out quickly. And I don’t really remember anyone clamoring for it in 1992, 2000, or 2004, either. Sure, he could do it, but no one really wants to make him president. But the vice presidency? That’s a whole different story: Joe Biden was born for this job.