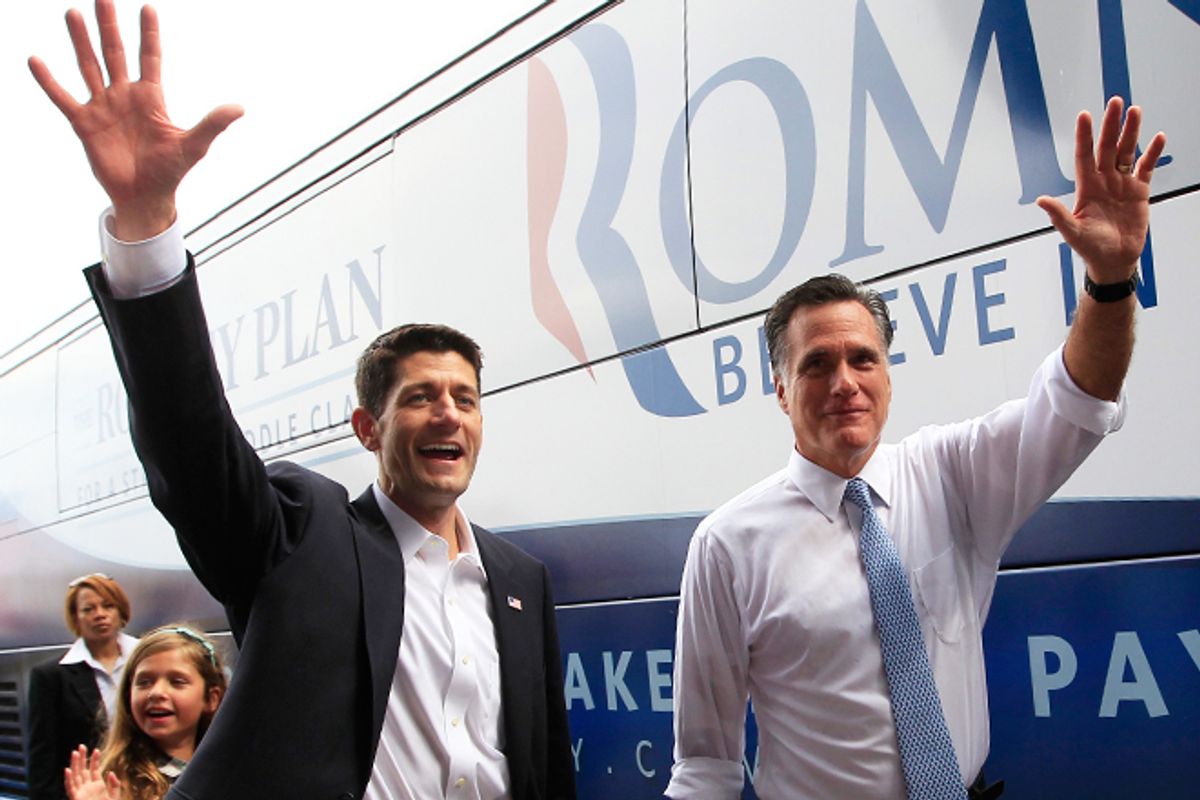 Mitt Romney hasn’t provided details so we should be grateful he’s selected as vice president a man with a detailed plan Romney says is “marvelous,” “bold and exciting,” “excellent,” “much needed” and “consistent with” what he’s put out.

So let’s look at the five basic features of this “marvelous” Ryan plan.

FIRST: It  would boost unemployment because it slashes public spending next year and the year after, when the economy is still likely to need a boost, not a fiscal drag. It would be the same austerity trap now throwing Europe into recession. According to the Economic Policy Institute, Ryan’s plan would mean 1.3 million fewer jobs next year than otherwise, and 2.8 million fewer the year after.

SECOND: Ryan would take from lower-income Americans and give to the rich – who already have the biggest share of America’s total income and wealth in almost a century. His plan would raise taxes on families earning between 30 and 40 thousand dollars by almost $500 a year, and slash programs like Medicare, food stamps, and children’s health. What would Ryan do with these savings? Reduce taxes on millionaires by an average of over $500,000 a year.

THIRD: Ryan wants to turn Medicare into vouchers that won’t keep up with the rising costs of healthcare – thereby shifting the burden onto seniors. By contrast, Obama’s Affordable Care Act saves money on Medicare by reducing payments to medical providers like hospitals and drug companies.

FOURTH: He wants to add money to defense while cutting spending on education, infrastructure and basic research and development. America already spends more on defense than the next five biggest military spenders put together. Our future productivity depends on the public investments Ryan wants to cut.

FIFTH AND Finally, Ryan’s budget doesn’t even reduce the federal budget deficit – not for decades. Remember: He’s adding to military spending, giving huge additional tax cuts to the very rich, and stifling economic growth by cutting spending too early. The Center for Budget and Policy Priorities estimates Ryan’s Roadmap would push public debt to over 175 percent of GDP by 2050.

So there you have it. The Ryan – Ryan-ROMNEY – economic plan.

And the five reasons why it would be a disaster for America.